Kissing the Hand of the Elderly Person

“In some countries they kiss the hand of the elderly (people) and the father; is there a prohibition in that?”

“Kissing the hand of an elderly father: This has been transmitted in some reports (of the pious predecessors), however that which has been transmitted in the ahaadeeth of the Prophet (sallal-laahu-alayhi-wasallam) is the kissing of the head (i.e. the forehead) of a father or the elderly (people). This is carried out by a Muslim and he will be rewarded for it Inshaa-Allaah; and this is not an affair that is done always and repeated in every meeting, but it is from the etiquettes (carried out towards) the elders, that one kisses his head (i.e the forehead of the elderly person) as an honour and respect for him. The kissing of the hand has been narrated in some of the narrations of the pious predecessors with this meaning. 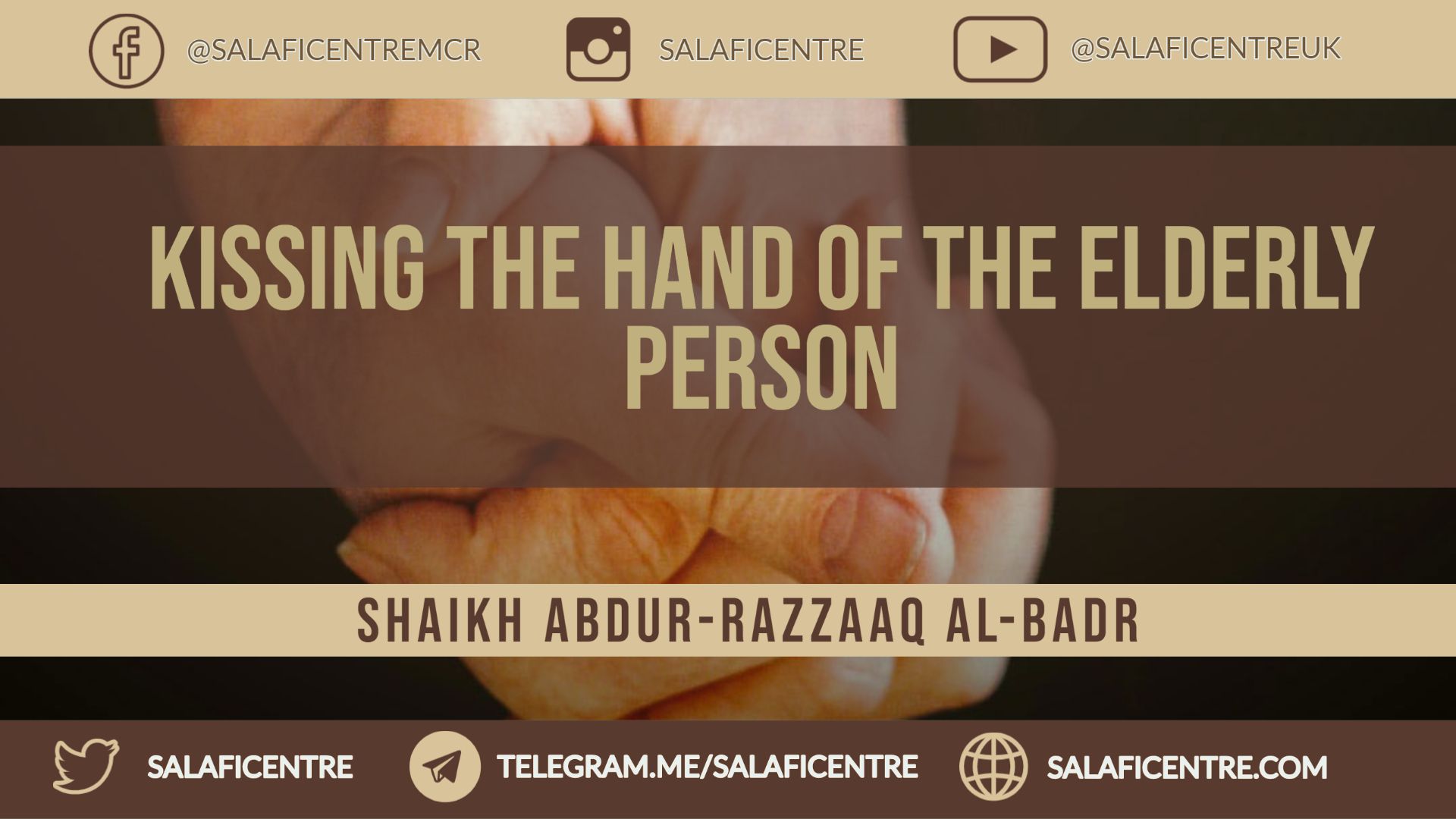