”How is the elderly person dealt with, if he does not establish the prayer or if he commits some of the (acts) of disobedience?

We know from what has preceded (i.e. in the lecture) that the elderly person has rights due to his old age; the rights of the elderly, even if he is not a Muslim, then how about the one who abandons the prayer completely?

This (person) is a disbeliever due to the saying of the Messenger (‘alayhi salat wasallam): ”the covenant between us and them is the prayer, so whoever abandons it has disbelieved. ”And the ahaadeeth regarding this affair are many.

*[Note: Listener/Reader: The scholars differ with regards to the affair of the person who abandons the Salaah out of laziness, as to whether he is a disbeliever or not; so refer to the different arguments of the scholars on the topic. See the arguments of Shaikh Uthaymeen, Shaikh Bin Baaz, Shaikh Al-Albaanee (rahimahumullaah)]

However, regardless of this (i.e. this elder’s abandonment of the prayer), the rights of the elderly remain; so he is shown kindness and is dealt with in accordance with what such rights necessitates, in winning over his heart, and with the hope that Allaah (Tabaaraka-Wata-Aalaa) will guide him and return him to correctness, especially if he is a father or a near relative, then a person should deal with him in the worldly life with goodness and kindness. In this also is winning over his heart, and perhaps Allaah (Subhaanahu wa ta’ala) will grant him guidance and success.

And we did come across (i.e. in the lecture) the saying of Allaah: ”But if they (both) strive with you to make you join in worship with Me others that of which you have no knowledge, then obey them not, but behave with them in the world kindly.”
[Luqmaan: Ayah: 15].

He (Allaah) did not say: disrespect both of them, or cut off the relationship (between you and them), rather He said: ”but behave with them in the world kindly.” So, (you) behave kindly even if he is a disbeliever or polytheist; and even if he is caller to polytheism and disbelief, the father is (still) treated with kindness, also the mother and the close relative; so that this kindness becomes a means to winning over his heart and to draw it close to the truth and goodness.

And if he is from the sinful believers, then also he is to be dealt with in a good way and at the same time give him advise with etiquettes, without raising oneself above him, arrogance or what is similar to that; rather you him advise with etiquettes, gentleness and wise mannerisms, and perhaps Allaah (Tabaaraka-Wata-Aalaa) will bless him with guidance and bestow him steadfastness 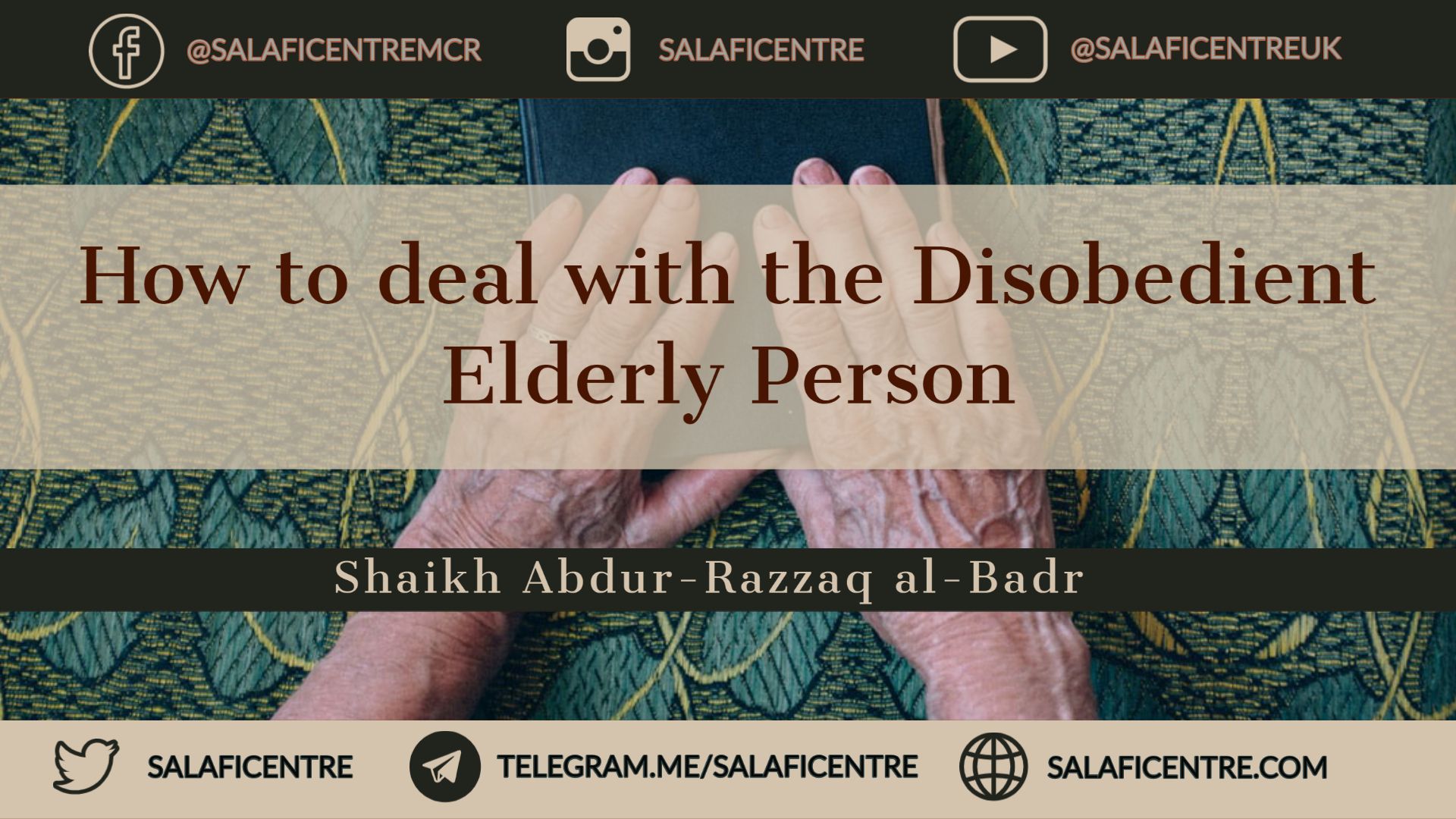