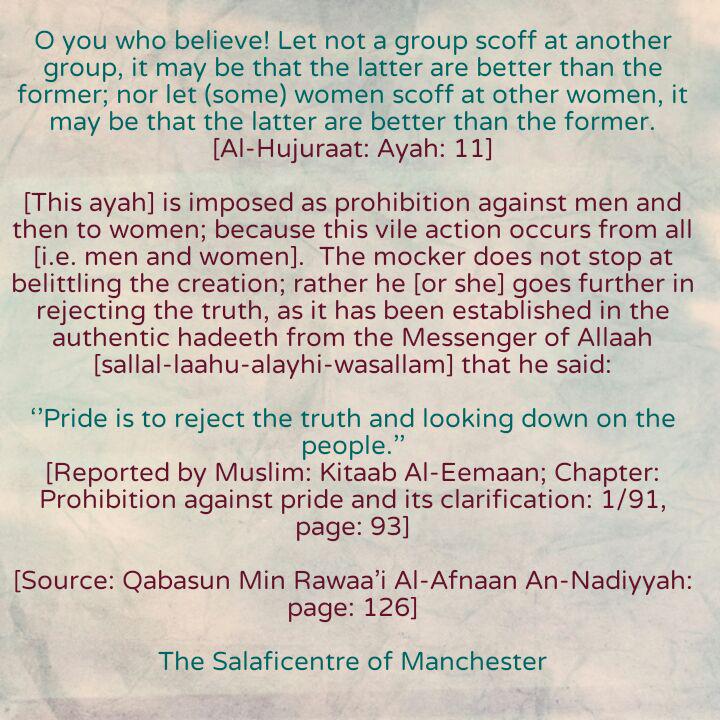 It is to belittle the people, making fun of them and encroaching upon their rights. Indeed Allaah has warned (us) against committing this crime that occurs from those who are conceited with themselves and look down on others.  Allaah (The Most High) said:

[This ayah] is imposed as prohibition against men and then to women; because this vile action occurs from all (i.e. men and women).  The mocker does not stop at belittling the creation; rather he goes further in rejecting the truth, as it has been established in the authentic hadeeth from the Messenger of Allaah (sallal-laahu-alayhi-wasallam) that he said:

‘’Pride is to reject the truth and looking down on the people.’’ [Reported by Muslim: Kitaab Al-Eemaan; Chapter: Prohibition against pride and its clarification: 1/91, page: 93]