Is making Du’a in front of the Ka’bah, is it one of the places where the du’a is accepted? And what is the ruling on wiping and holding onto the covers of the Ka’bah?

Holding onto and wiping the covers or stones of the Ka’bah has no basis [in the religion]. The Ka’bah is not to be greeted except for the Yemeni corner and the Black Stone – these are greeted. The Yemeni corner is merely greeted whereas the Black Stone is greeted and kissed if possible, otherwise it is just greeted and pointed towards when [the pilgrim] is parallel to it.

As for the remainder of the Ka’bah, there should be no wiping or holding onto any part of it including the doors, these are all superstitions.

The Ka’bah is to be circumambulated around (Tawaaf), prayed towards, and du’a made near it, without holding onto it or its coverings. One should made dua near it, especially in the multazam which is between the Rukn and the door and between the Black Stone and the Door, one should stop and make du’a. This is a place where the du’a is accepted if the intention of the person is pure – if Allah wills. 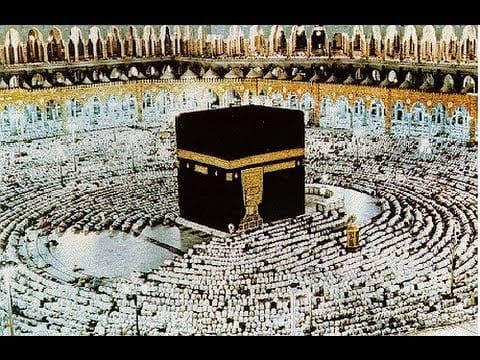