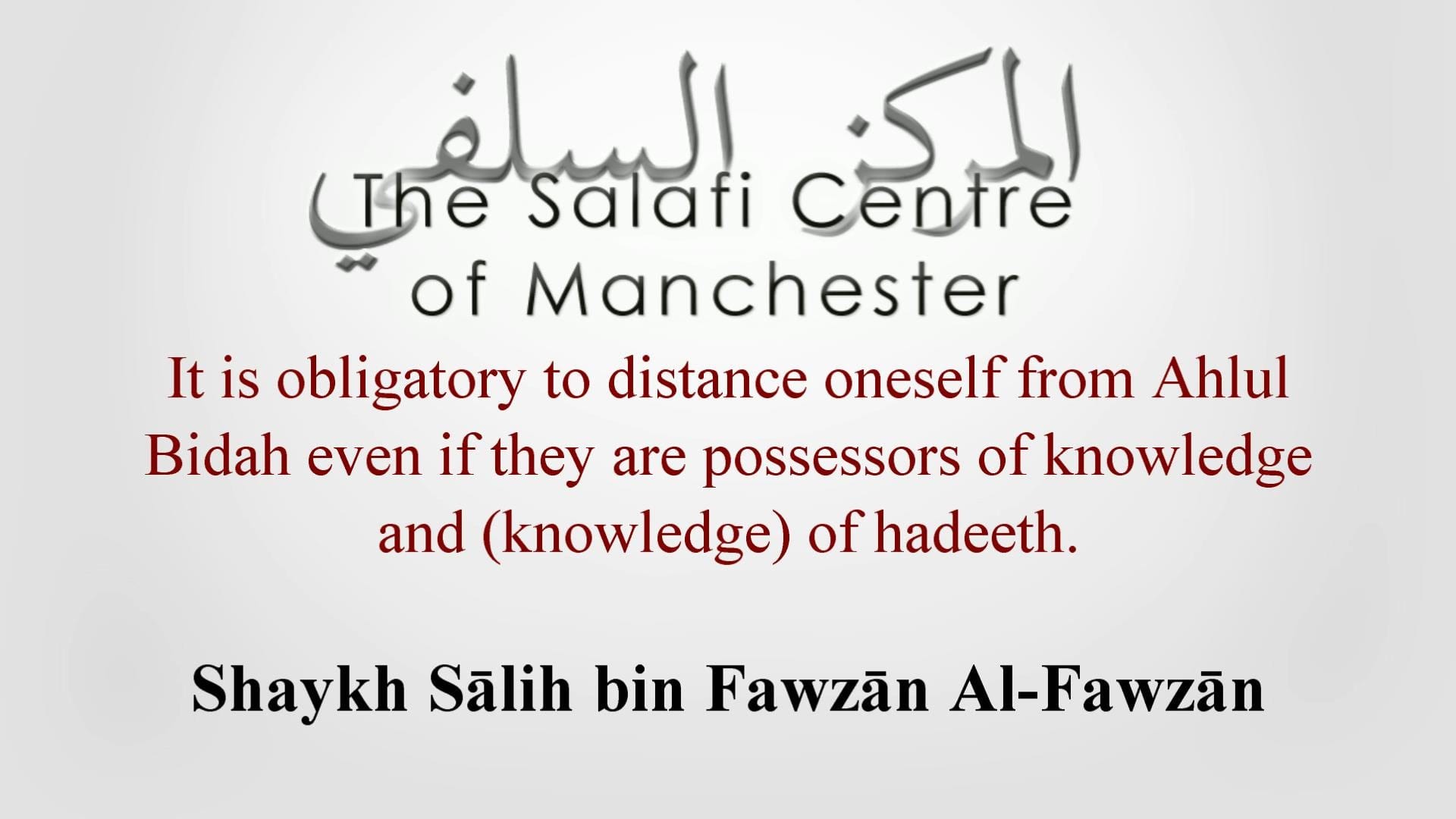 Yes, he is not to be trusted; the one who is an Innovator is neither to be trusted nor his knowledge, nor (to have) a lackadaisical (stance) towards him. That is because if you (have) a lackadaisical (stance) towards him, the student will be influenced by his Shaikh-he will be influenced by his teacher. Therefore, it is obligatory to be distanced from the people of innovation, and the Salaf (pious predecessors) used to forbid (others) from sitting with the innovators, visiting and going to them; so that their evil is not spread to the one who sits with them and mixes with them. نعم