Written by The Salafi Centre of Manchester on February 28, 2015. Posted in Brotherhood. 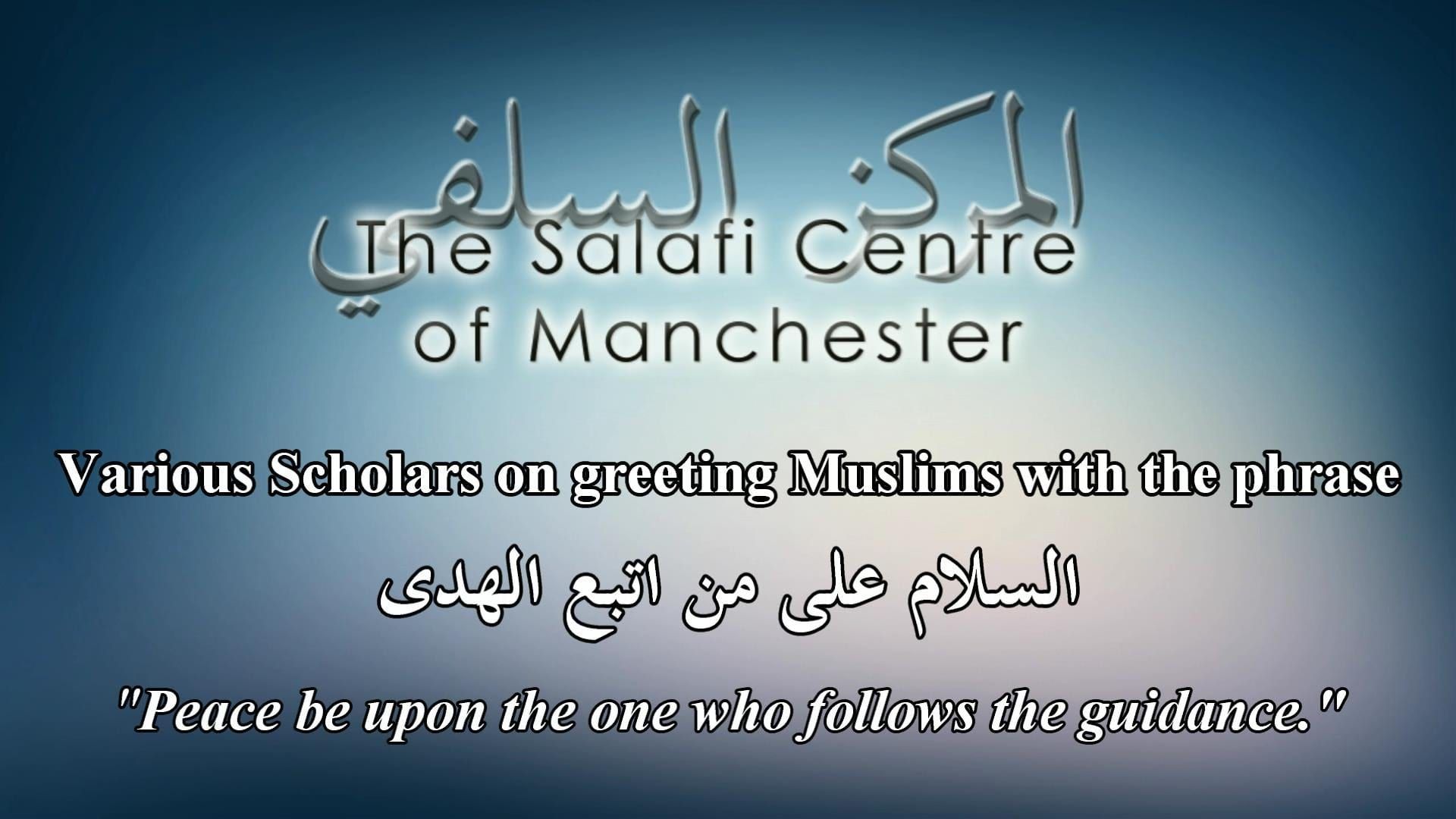 The Ruling on Greeting the Muslims with: “Salāmun ‘ala manittaba’al huda”

Written by The Salafi Centre of Manchester on February 27, 2015. Posted in Video.

Some of those who seek to creep in the Salafi Masaajid or Centres! What is their stance towards Navid Ayaz at present?

The Prophet (sallal laahu alayhi-sallam) was clear with everyone regarding his call. When he arrived in Madeenah -at that vicinity of Masjid Quba (i.e. which he later built as the first Masjid)- he disseminated the call with its clarity and purity; so it made the hypocrites conceal themselves and they did not receive it except by manifesting Islaam, whilst surely hiding what they hid (i.e. disbelief in their hearts). This is likewise the habit of the people of falsehood; they do not make apparent what they (truly) believe. As for the people of clarity, they are people who openly proclaim (what they truly believe); so beware of the people who hide. [End of quote; Source: Wudooh Al-Manhaj As-Salafi. Page 13. By Shaikh Ramzaan]

Obviously, we do not mean that the likes of these people- those who seek to creep in some of the Salaficentres-are Munaafiqoon; rather the intent here is that they still have not made their affair clear. Their affair is still cloudy and there is no public statement from them, showing their stance against Madeenah.com and Navid Ayaz.

Is there anything unclear about Navid’s Manhaj at present? So what is their stance towards Navid at present? That is because few years ago they-those seeking to creep in some of the salaficentres at present- were quick to find lame excuses for Navid and as a result they received a rebuke for such deceitful acts. However, since then some members of Al-Markazus Salafi’s Masjid Committee and some elder brothers in Birmingham- who knew of the affair- have only witnessed a blameworthy silence from the likes of these people.

Indeed, it would be easy for a truthful person to make his affair very clear, especially with regards to one’s stances towards Madeenah.com and Navid Ayaz. It would be easy for such a person to declare his innocence from Madeenah.com and Navid Ayaz, as well as apologize for the fitnah they caused for the Salafiyyoon when Madeenah.com first started their disgraceful campaign against the well-known Salafi students in the West-those who are well-known to Shaikh Rabee, Shaikh Ubaid, Shaikh Muhammad Bin Haadi and others.

See here: All about Navid

Can any Salafi Masjid Committee or Centre trust the likes of these people?!

Written by Abdullah Jallow on February 22, 2015. Posted in Uncategorized.

Can you trust a person who knows the knowledge based proofs and the blameworthy stances of Saalim At-Taweel, yet he endorses those who passionately defend Saalim?! Your twitter account should not be utilized to promote the likes of these people. Be wise! Do not stain your hands, or involve in something about which you may have to explain yourself in future, even though it is avoidable at present.

Creeping in the Salafi Masaajid or Centres!

Written by Abdullah Jallow on February 22, 2015. Posted in Uncategorized.

Be alert! Do not endorse anyone for teaching positions in your Salafi Masaajid or Centres except those who are well-known for clarity. If any individual was involved with Madeenah.com, Jamiat Ahle Hadeeth and others similar to them then do not be naïve about his affair; rather consult those elder Salafi brothers who have witnessed and dealt with the events at the time.

A Masjid Committee should not resemble a Coalition or Trade Union!

Written by Abdullah Jallow on February 21, 2015. Posted in Uncategorized.

This one Semi-Takfeeri and expects his views to be tolerated and that he is to be consulted!

This one never gives precedence to sound Manhaj stances over the desires of his tribe or clan and does not care too much about clarity, but expects to be consulted in serious affairs!

This one is allied to some ex-member of the Masjid committee and causes problems, but still expects no one to challenge his bad behaviour, and expects to be consulted!

This one holds the Masjid to ransom because of his contributions!

This one knows the haqq, but does not speak due to fear of losing numbers!

Written by Abdullah Jallow on February 21, 2015. Posted in Uncategorized.

Question: Direct us and explain to us, may Allah reward you, the statement of the Messenger صلى الله عليه وسلم: “No scandalmonger shall enter into Al-Jannah”, even though the one who commits this an-nameemah [scandalmongering] might be a Muslim and Mu’min, all praise due to Allah?

Shaikh Ibn Baz: This is from the angle of al-wa’eed [threatening with punishment] in order for the scandalmonger to be threatened. “No scandalmonger shall enter into Al-Jannah” is from the angle of threatening the individual while he is a muwahhid [person of tawheed], a Muslim. If the person is a Muslim and a muwahhid, in such a case entry into Al-Jannah is hoped for him. Great reward is hoped for such a person.However, it is feared that this sin [scandalmongering] may prevent him from entering into Al-Jannah for a certain period of time. And [it is feared] that he may enter into The Fire for a certain period of time. As is the case with all the sinner.For indeed, the sinners are under the will of Allah; if Allah wills, he’ll forgive them and enter them into Al-Jannah from the outset. And if he wills, he’ll punish them in the Fire for a period of time that corresponds to the degree of their sins. Then, after the purification and cleansing of their sins, Allah shall take them out of the Fire [and bring them] to Al-Jannah, as Allah – exalted be He – has said:

“Indeed Allah does not forgive that partners be set up with Him. And He forgives what is less than that to whomsoever He wills” [An-Nisaa: 48]

[As for] al-gheebah [backbiting], it is to mention of your brother what he dislikes. Backbiting is if one says: “So and so does such and such, so and so drinks wine, so and so is disobedient to his parents, so and so breaks the ties of kinship, so and so is bad to his neighbours”, i.e. [a person] mentions things which [the other] dislikes to be mentioned about himself. This is what is called al-gheebah [backbiting] and it is that you mention of your brother what he dislikes.

We ask Allah for wellbeing.