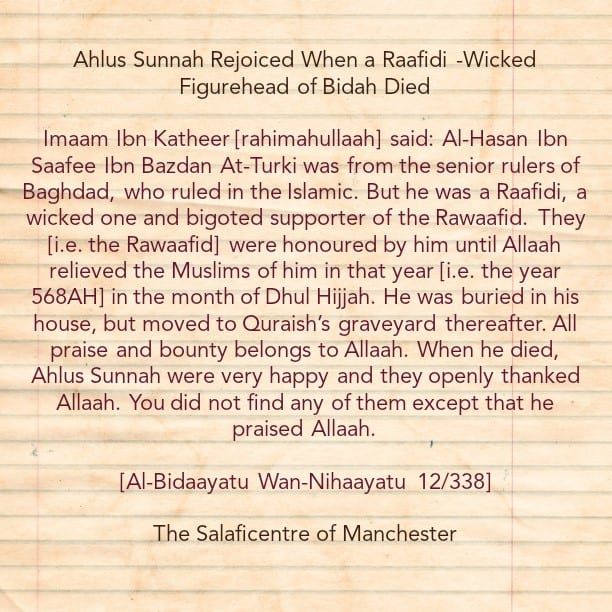 Written by Abdullah Jallow on April 18, 2015. Posted in Uncategorized.

Al-Hasan Ibn Saafee Ibn Bazdan At-Turki was from the senior rulers of Baghdad, who ruled in the Islamic. But he was a Raafidi, a wicked one and bigoted supporter of the Rawaafid. They [i.e. the Rawaafid] and honoured by him until Allaah relieved the Muslims of him in that year [i.e. the year 568AH] in the month of Dhul Hijjah. He was buried in his house, but moved to Quraish’s graveyard thereafter. All praise and bounty belongs to Allaah. When he died, Ahlus Sunnah were very happy and they openly thanked Allaah. You did not find any of them except that he praised Allaah. [Al-Bidaayatu Wan-Nihaayatu 12/338]

See here: All you need to know about the Rawaafid: http://www.shia.bs/index.cfm