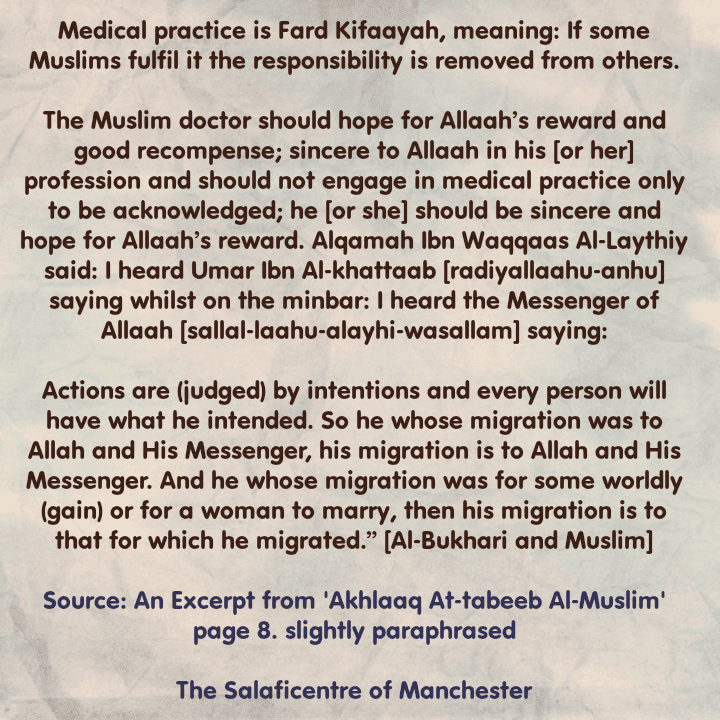 Medical practice is Fard Kifaayah, meaning: If some Muslims fulfil it the responsibility is removed from others.

The Muslim doctor should hope for Allaah’s reward and good recompense.  He (or she) should be sincere to Allaah in his (or her) profession and should not practice medicine only for his (or her) status to be acknowledged. Rather he (or she) should be sincere and hope for Allaah’s reward. Alqamah Ibn Waqqaas Al-Laythiy said: I heard Umar Ibn Al-khattaab (radiyallaahu-anhu) saying whilst on the minbar:I heard the Messenger of Allaah (sallal-laahu-alayhi-wasallam ) saying: