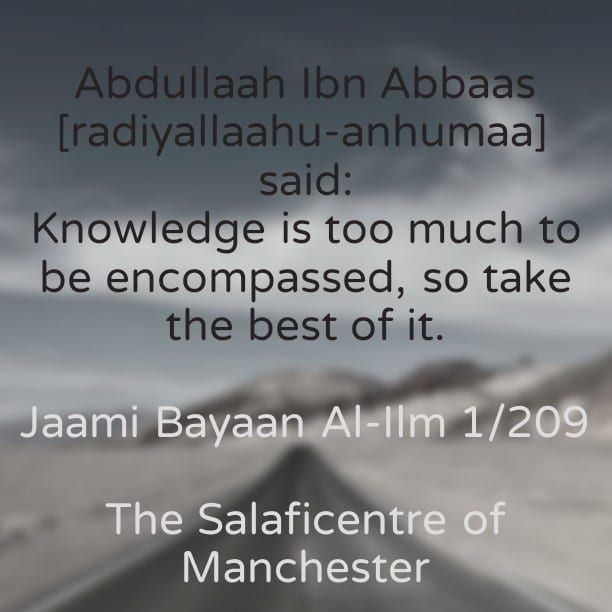 Reminder: Take the best from knowledge- [An advice of Ibn Abbaas]

Knowledge is too much to be encompassed, so take the best of it.

[4] Shaikh Rabee Mentions Some of The Excellent Qualities of Those True Men of Salafiyyah!

Written by The Salafi Centre of Manchester on October 25, 2015. Posted in Da'wah - Calling To Islam, Scholars of Islam.

Shaikh Rabee Bin Haadi Umayr Al-Madkhali (may Allaah preserve him) said: Salafiyyah has its men (i.e. its scholars and upright students of knowledge) and all praise is due to Allaah, they neither (become) disturbed and mixed up, nor do the affairs (become) confounded for them.

Shaikh Rabee Bin Haadi Al-Madkhali (may Allaah preserve him) said that some of the Salaf stated regarding a just person:  ”The just (person) is the one who when angry is not entered into falsehood by his anger. And when he is pleased, being pleased does not removed him from the truth.”

Written by The Salafi Centre of Manchester on October 17, 2015. Posted in Uncategorized.

Abu Usamah the Bid’ee- man of bidah- staunch follower and promoter of the Mubtadi’ah Ali Al-Halabi and Al-Maribi still finds time to attack Salafiyyoon at the Dawah Stall even though they have clarified their stances. However to this day he has neither refrained from defending Mubtadi’ah nor repented from his despicable thuggish behaviour. So we remind him once again that seeking to utilise recent events at his advantage will not divert the attention of the salafiyyoon from the fact that he is still to be treated as a man of bidah due to his staunch support for the Mubtadi’ah (Al-Halabi, Al-Maribi etc). Question to Shaikh Ahmad An-Najmi (rahimahullaah): “O Shaykh Ahmad we have with us in America a man called Abu Usaamah who is considered to be from the Du’aat, he aids and supports Abul-Hasan and he calls some noble Salafi brothers ghulaat (extremists), muqallidah (blind followers), and muhqiboon (the people whose religion is the religion of the one they blindly follow), so what is the legislated position from this man and how should we deal with him? The noble Scholar (rahimahullaah) answered: موقفكم منه كموقفكم من أهل البدعة , أعرض عنه و اتركه

“Your position with him is the same as your position with the People of Innovation. Turn away from him and abandon him. http://www.salafitalk.com/threads/1216-A-Response-to-the-Deceit-of-Abu-Usaamah-Khalifah-and-His-Lying-Tongue

Likewise, before he speaks about manners, he should be reminded to practice what he preaches! Has he repented from his thuggish behaviour?! See here: Abu Usamah ad-Dhahabi [GLM] DESPICABLE Attempted ASSAULT! Must Read! http://salaficentre.com/2014/08/abu-usamah-ad-dhahabi-glm-despicable-attempted-assault-must-read/ 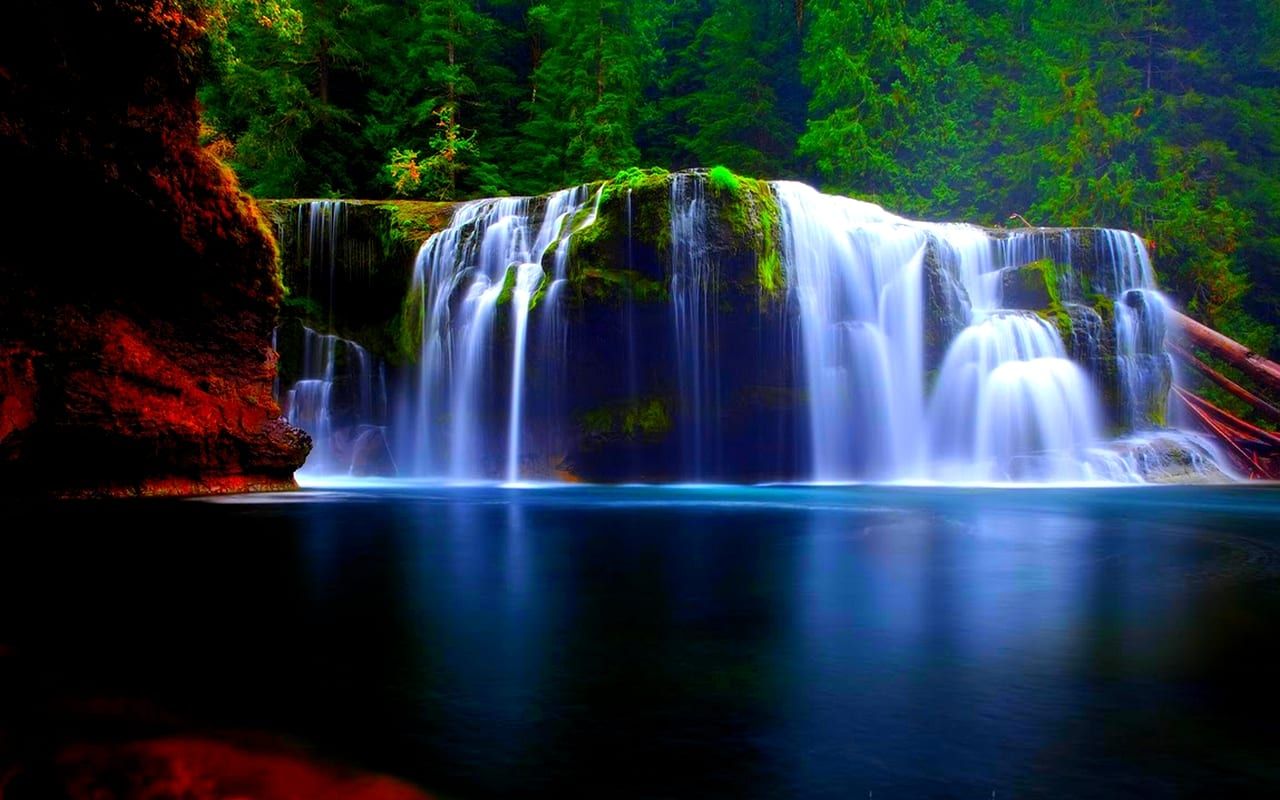 Question to Shaikh Rabee: Our Shaikh-may Allaah preserve you. [Regarding] the statement of the Prophet [sallal-laahu-alayhi-wasallam], “Their sign [i.e. the khawaarij] will be the habit of shaving”. [Saheeh Al-Bukhaari, Hadeeth Number 562, Vol 9] So, is the one who shaves a lot in this era similar to them because some of the scholars say that it [i.e. shaving] is not a sign of theirs at present?

Response: The who does not intend to imitate them, rather he [only] wants to shave his head, this is permissible; because the initial [ruling regarding this affair] is Al-Jawaaz [permissibility] and he [i.e. this person] does not desire to imitate them. Therefore, this person is not from them, because they [i.e. khawaarij] adopted [or chose] shaving as a sign for themselves- in order to distinguish them from the Muslims. They adopted shaving as a distinguishing sign just as the shee’ah adopt black clothing. This is a general distinguishing sign through black [clothing] and what is similar to it, just as the soofiyyah adopt patched garments and some [other types of] clothing to distinguish themselves from the people. So these distinguishing signs which some people wish to be distinguished by way of religious practice and [distinguished] from the Muslims, then these [people] are people of misguidance – similar to the khawaarij in their [act of] shaving. As for the one who shaves because it is permissible, he is not included in this In-Shaa-Allaah, except if he adopts it as a distinguishing sign.

Regarding this post: Some of Those Who Reject Ahlus Sunnah When They Call to the Truth – by Imaam Albaani

Written by Abdullah Jallow on October 16, 2015. Posted in Uncategorized.

Some Salafi brothers (may Allaah reward them with good in this life and the next) informed me that the reference for this kalaam is incorrect. Likewise, after checking few sources, it became apparent that there are no reliable sources attributing the speech to the Shaikh and Allaah knows best. Therefore, this post will be removed until a correct source is found, but if not it will not be posted again. However, if anyone can further ascertain its correctness or incorrectness, then please benefit us.

Shaikh Rabee speaks about those who memorize (d) a lot of knowledge, but are/were still on an unstable position because of their unawareness of the books of rudood

And that one who does not know the books of refutations, even if he has memorized of knowledge all that is to be memorized, then indeed – may Allaah bless you – he is (still) on an unstable position. We have seen many who know, but then they fell into misguidance…. Listen to full audio here: