[3] History of the Muslims of Bengal – Livelihood

Written by Abdullah Jallow on March 31, 2016. Posted in Articles, History of Islam.

Even many small traders and the artisan classes like the weavers, paper and salt manufacturers and fishermen had a sound base in agricultural lands and spent a part of their time in agricultural pursuits. Purely landless labourers were very few, and even they were engaged in various professions.  According to Rennel at least 30,000 people were constantly employed as boatmen on the Bengal Rivers by the middle of the 18th century.

Secondly, through out the centuries, the country had a big surplus in food and cloth, the two most important necessitates of life, which were produced in abundance and which formed the chief items of the country’s export trade. Almost each family in the rural areas produced sufficient rice, if not more, to meet its needs. Each family had also its vegetable gardens, and cattle and fowl stocks, or little family dairy farms, so to say, for rearing meat, milk and egg. This was in addition to the fruit trees, specially coconut and betel – nut trees that form an essential part of every homestead in the southern districts. Similarly fish was available in almost legendary abundance.

Written by Abdullah Jallow on March 30, 2016. Posted in Articles, History of Islam.

The simple concept of monotheism and the principles of equality and brotherhood of man enunciated by Islam came as a revolutionary force to the caste – ridden and Brahman-dominated Hindu society. The very establishment of Muslim rule in the country divested the Brahman class of its privileged and domineering position in society. Muslims could not and did not have to distinguish between the ” high ” and “low” castes of the Hindus and in course of time placed all of them on an equal footing in respect of employment and education.  Non – Brahman Hindus acquired a respectable position in society through education, state employment and literary activities patronized by the Muslim rulers.

[1] History of the Muslims of Bengal – Tolerance Towards Non-Muslims

Written by Abdullah Jallow on March 30, 2016. Posted in Articles, History of Islam, Must Read.

On their part the Muslim rulers, in consonance with the spirit of Islam, followed a policy of religious tolerance and granted perfect freedom of belief to the people. There is no reference in the sources of any of the ruler’s having ever attempted to impose Islam by force on any of the conquered people. From the very beginning Islam was left to itself to make its mark on the people through persuasion and understanding…. 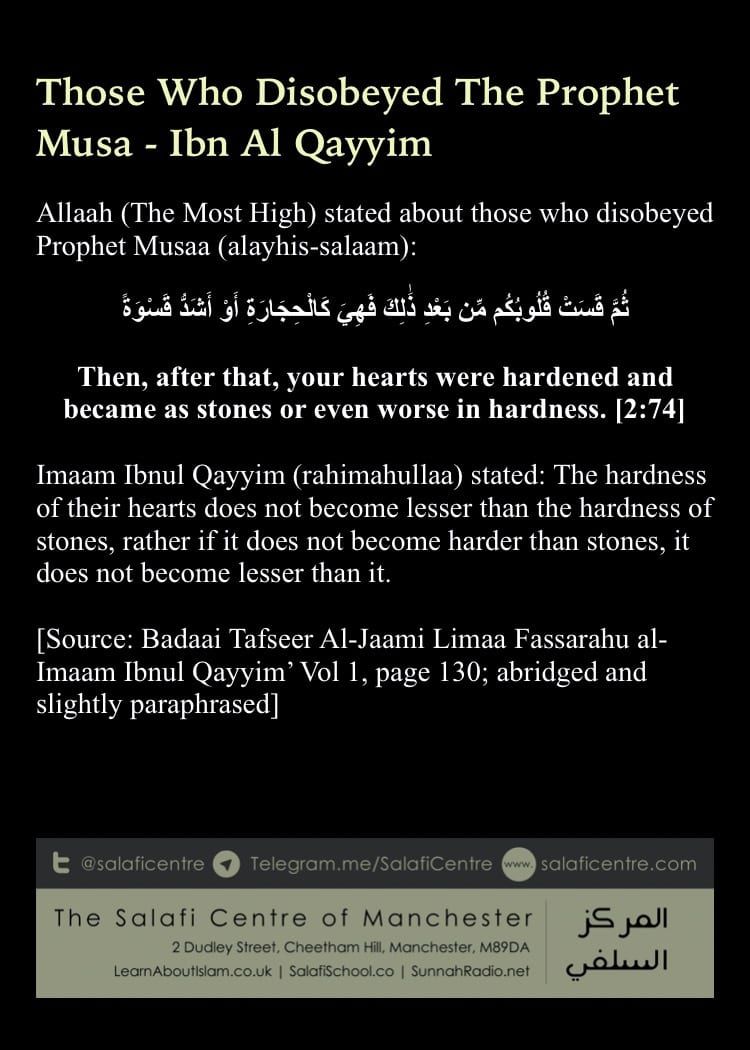 Those Who Disobeyed The Prophet Musa – Ibn Al Qayyim

Written by The Salafi Centre of Manchester on March 30, 2016. Posted in Aqeedah (Creed & Belief), Qur'aan.

Allaah (The Most High) stated about those who disobeyed Prophet Musaa (alayhis-salaam):

Then, after that, your hearts were hardened and became as stones or even worse in hardness. [2:74]

Written by Abdullah Jallow on March 29, 2016. Posted in Literature.

Written by Abdullah Jallow on March 29, 2016. Posted in Literature. 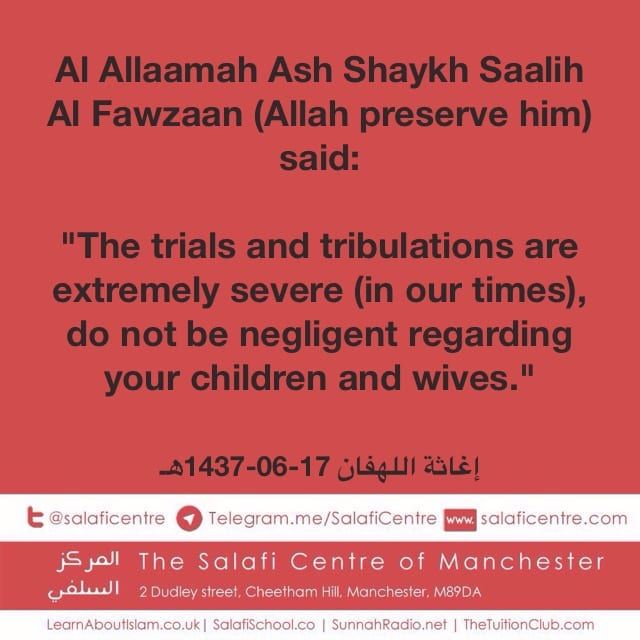 “The trials and tribulations are extremely severe (in our times), do not be negligent regarding your children and wives.”

Explanation of the Aqeedah of Imaam Ash-Shaafi’ee (rahimahullaah)

Written by Abdullah Jallow on March 28, 2016. Posted in Literature.

Explanation of the Aqeedah of Imaam Ash-Shaafi’ee (rahimahullaah) 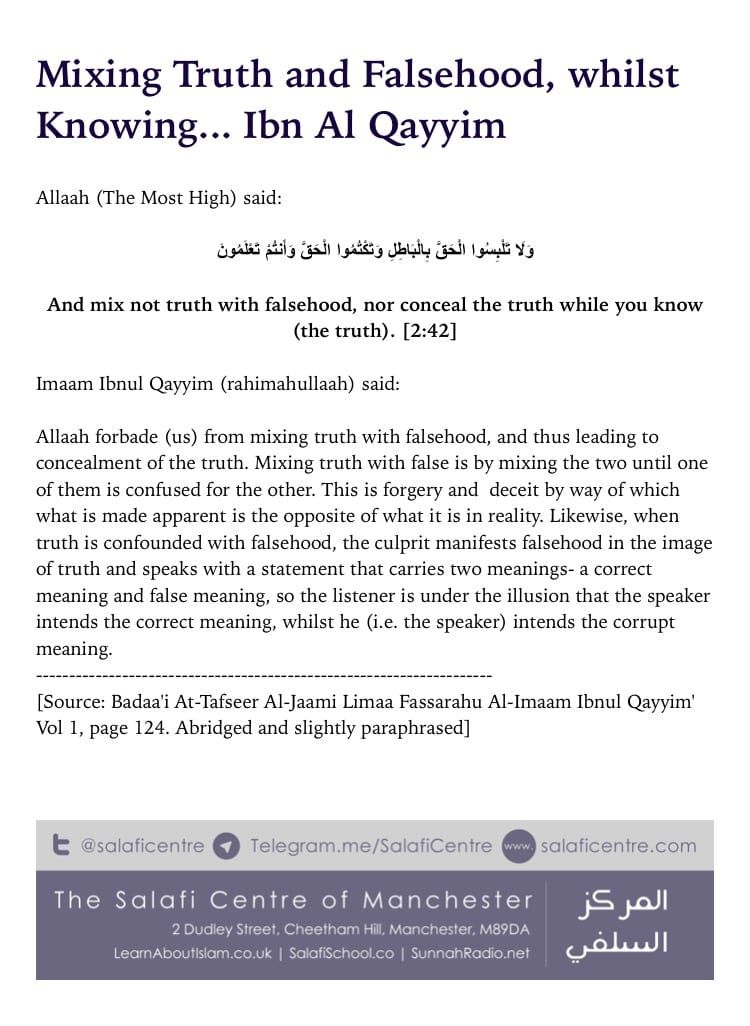 Whoever was behind the recent murder of Christians in Pakistan….

Written by The Salafi Centre of Manchester on March 27, 2016. Posted in Articles, Must Read.

Whoever was behind the recent murder of Christians in Pakistan, then let us to reminded of the clarification in this link