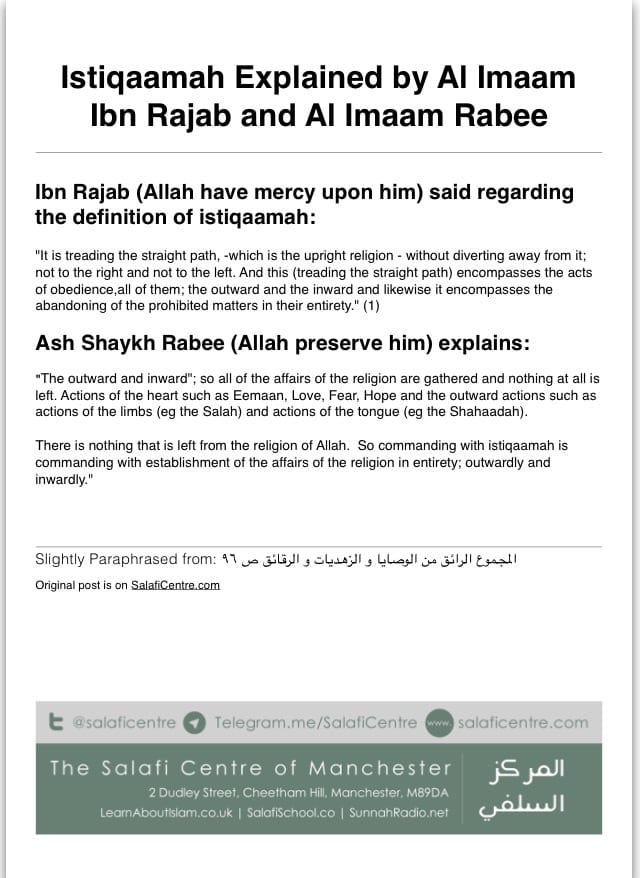 Ibn Rajab (Allah have mercy upon him) said regarding the definition of istiqaamah:

“The outward and inward”; so all of the affairs of the religion are gathered and nothing at all is left.