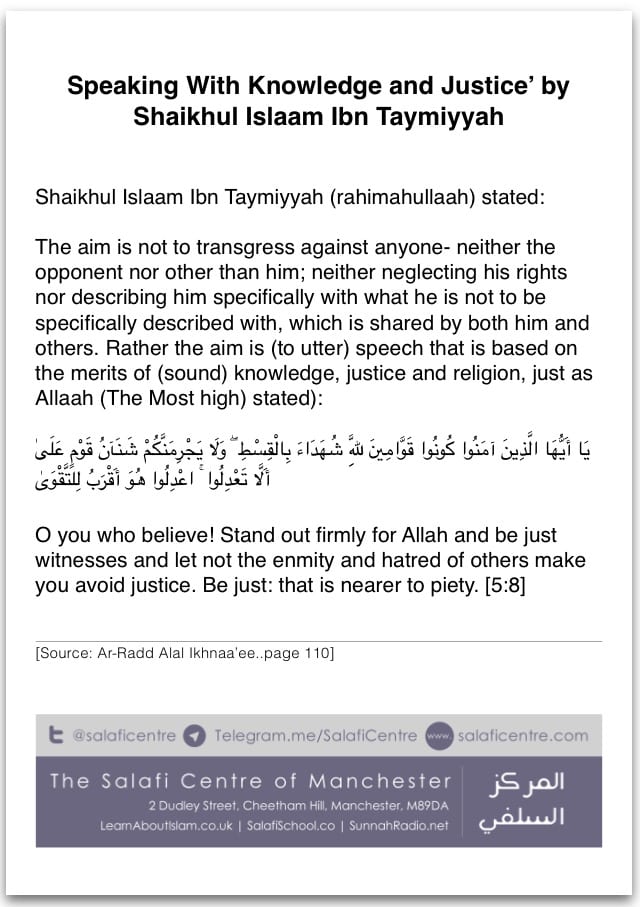 The aim is not to transgress against anyone- neither the opponent nor other than him; neither neglecting his rights nor describing him specifically with what he is not to be specifically described with, which is shared by both him and others. Rather the aim is (to utter) speech that is based on the merits of (sound) knowledge, justice and religion, just as Allaah (The Most high) stated):

O you who believe! Stand out firmly for Allah and be just witnesses and let not the enmity and hatred of others make you avoid justice. Be just: that is nearer to piety. [5:8]