by The Salafi Centre of Manchester | Jun 13, 2016 | Aqeedah (Creed & Belief), Articles, Purification of The Soul, Qur'aan, Scholars of Islam 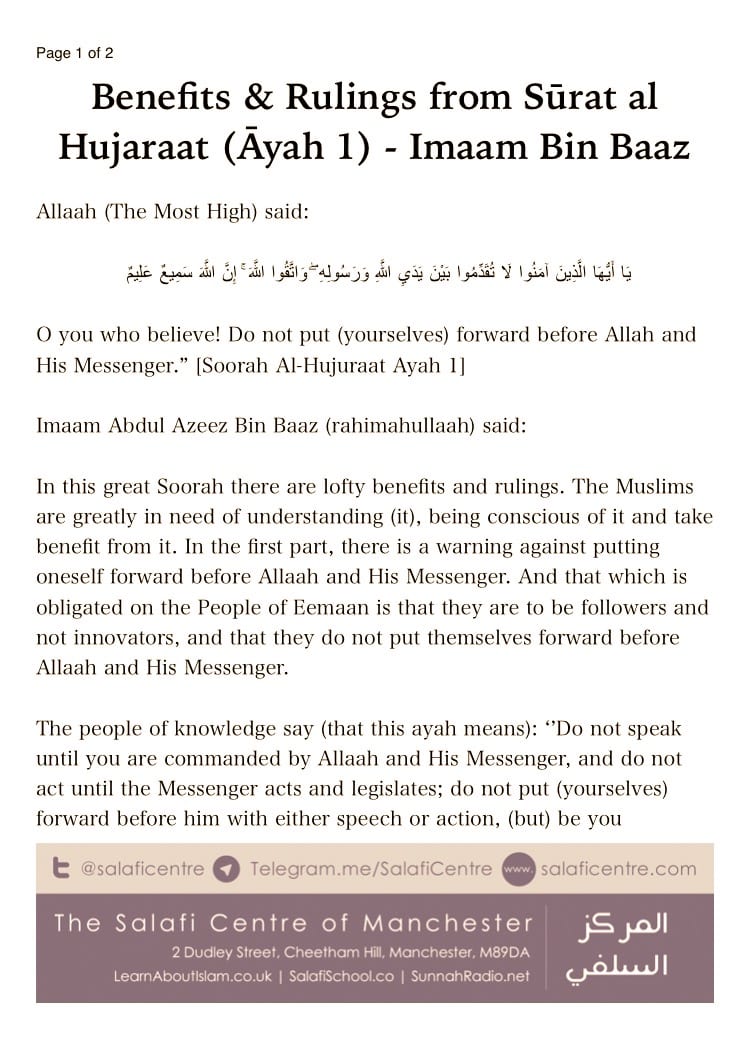