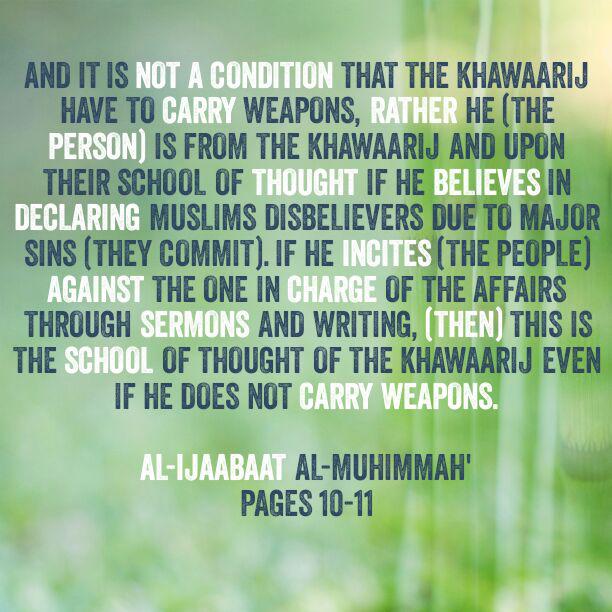 Imaam Muhammad Ibn Saaleh Uthaymeen (rahimahullaah) said, “There is no khurooj with the sword except that it is preceded by Khurooj with the tongue”. [Ref 1]

Shaikh Saaleh Al-Fawzan (may Allaah preserve him) was asked:

The one (i.e. Dhul Khuwaysirah) who said to the Messenger (sallal-laahu-alayhi-wasallam) ‘’be just’’ is not a just person. This was the beginning of the khawaarij in view of the fact that he accused him of oppression.  And it is not a condition that the khawaarij have to carry weapons, rather he (the person) is from the khawaarij and upon their school of thought if he believes in declaring Muslims disbelievers due to major sins (they commit). If he incites (the people) against the one in charge of the affairs through sermons and writing, (then) this is the school of thought of the khawaarij even if he does not carry weapons.