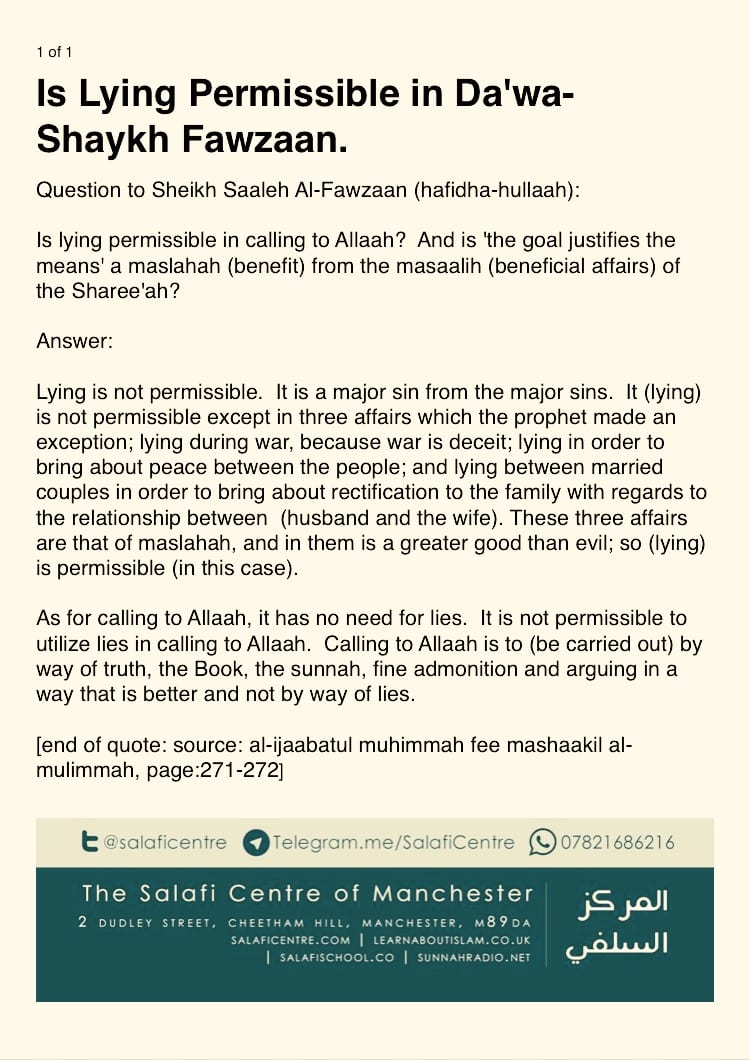 Is lying permissible in calling to Allaah? And is ‘the goal justifies the means’ a maslahah (benefit) from the masaalih (beneficial affairs) of the Sharee’ah?

Lying is not permissible. It is a major sin from the major sins. It (lying) is not permissible except in three affairs which the prophet made an exception; lying during war, because war is deceit; lying in order to bring about peace between the people; and lying between married couples in order to bring about rectification to the family with regards to the relationship between (husband and the wife). These three affairs are that of maslahah, and in them is a greater good than evil; so (lying) is permissible (in this case).