What Can Afflict a Believer If He [Or She] Blindly Follows Some of Those Who Were Given the Scripture? 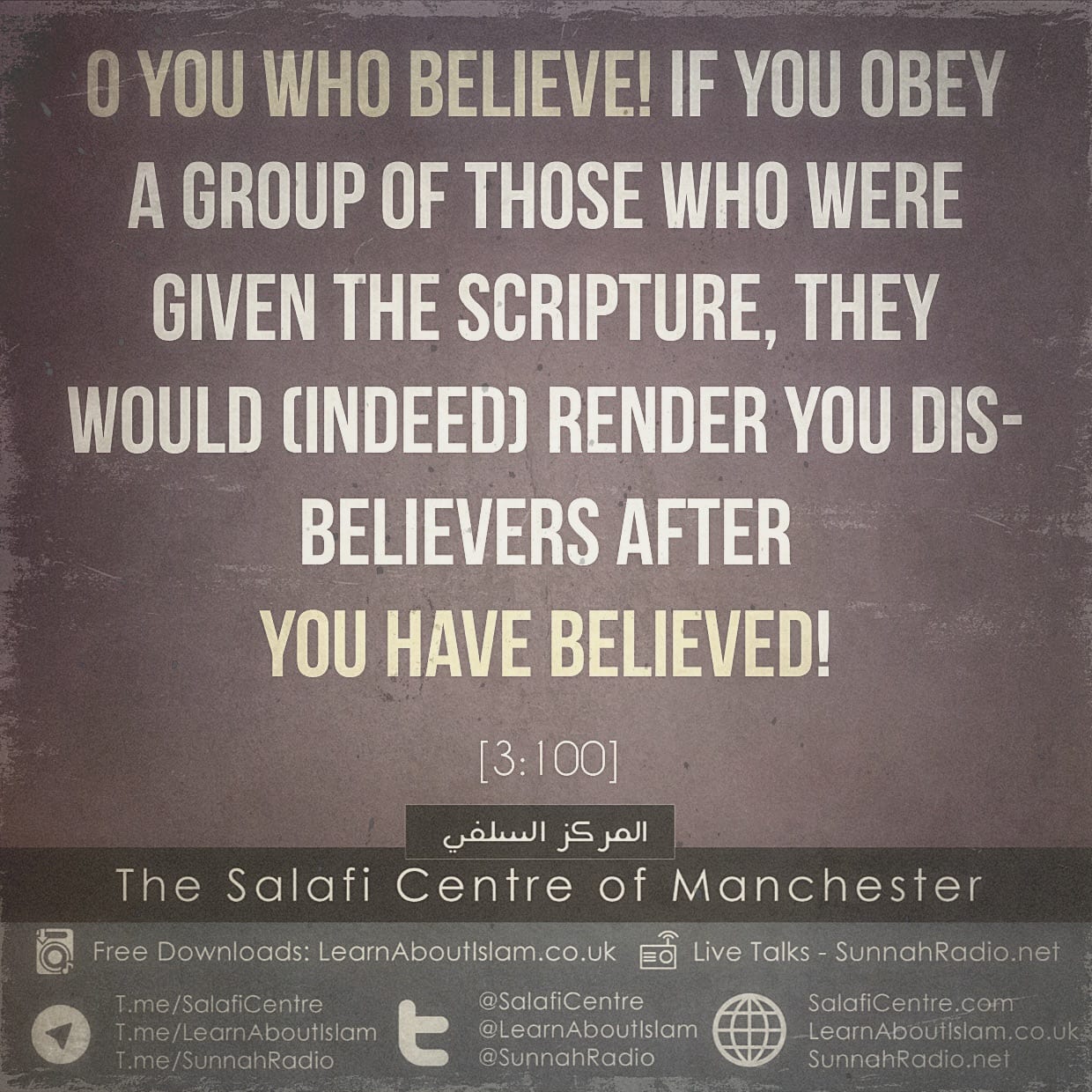 Allaah [The Most High] said in Surah Aal Imraan Ayah 100:

O you who believe! If you obey a group of those who were given the Scripture, they would [indeed] render you disbelievers after you have believed!

Few Reminders from the Above Aayah:

That is because of their envy and hatred towards you [believers], and their extreme eagerness to turn you away from your religion, just as He (The Most High) said:

Many of the people of the Scripture wish that if they could turn you away as disbelievers after you have believed, out of envy from their ownselves, even, after the truth (that Muhammad Peace be upon him is Allah’s Messenger) has become manifest unto them. [2:109] [Ref 1]

Az-Zujaaj [rahimahullaah] said: If you obey and blindly follow them [they would return you to disbelief] [Ref 2]

NB: The above has nothing to do with having peace treaties with non-Muslims, fulling contracts and behaving oneself whilst living in non-Muslim countries. See articles on this links

Treaties With The Non-Muslims: Is it Allegiance? Is it Apostasy?

How to Greet and Interact with the Jews, Christians & Others, Even if they are Tyrants