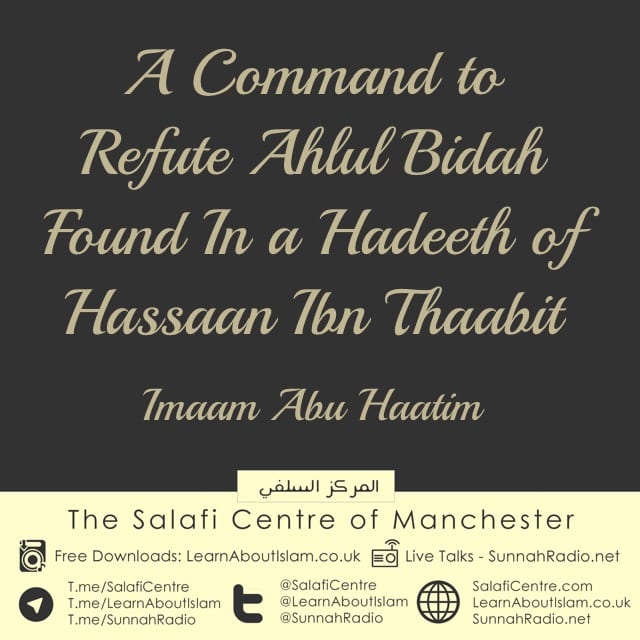 Narrated Sa’id bin Al-Musaiyab: ‘Umar came to the mosque while Hassaan was reciting a poem. (‘Umar disapproved of that). On that Hassaan said, “I used to recite poetry in this very mosque in the presence of one (i.e. the Prophet ) who was better than you.” Then he turned towards Abu Hurairah and said (to him), “I ask you by Allah, did you hear Allah’s Messenger saying (to me), ‘Retort on my behalf. O Allah! Support him (i.e., Hassaan) with the Ruh Al-Qudus [i.e. Jibril (Gabrael)]?” Abu Hurairah said, “Yes.” [Bukhaari 4/3212]

Ref 1: Notes: Must Read: Regarding the Affair of Declaring Something Halaal that is Haraam and vice versa: http://www.spubs.com/sps/sp.cfm?subsecID=GSC05&articleID=GSC050006&pfriend=

Also see article about Takfeer on these links: