Reality Check for Some Mancunian Hizbiyyoon [Illegal Partisans]: Is It Possible to Refute and Shun a Terrorist Without Refuting and Shunning Sayyid Qutb?! 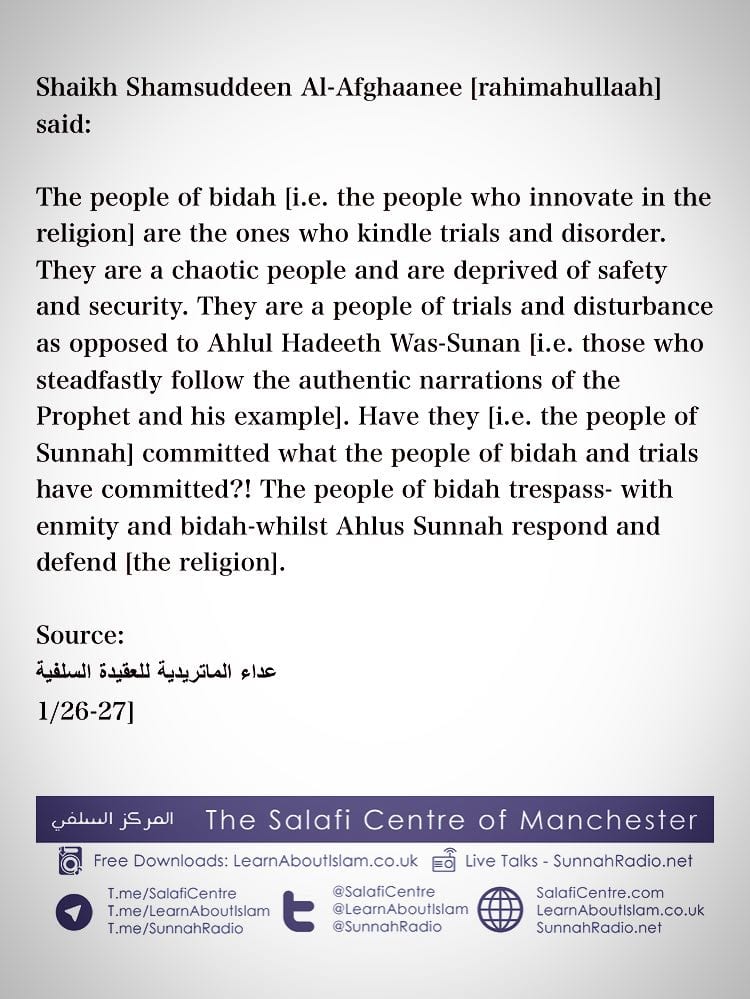 In the Name of Allaah, The Most Merciful, The Bestower of Mercy

Reality Check for Those Who Come Out to Denounce the Evil Acts of The Terrorists; Yet  They Recommend the Books of Sayyid Qutb To the Youth

Then the political groups came in this era, [whilst] being affected- to some extent-by the creed and methodologies of this sect [i.e. the khawaarij]. And for this reason, they do not give importance to [other affairs] besides politics. They neither give concern to rectifying the state of affairs of the Ummah though [sound] Creed and Knowledge nor do they reflect upon returning the Ummah to the Book and the Sunnah, and to steadfastness and righteousness which the Salafus Saaleh were upon in every aspect of the Religion. Rather they [i.e. these political groups] increase the Ummah in corruption-in creed and manners. So, you see them giving allegiance to the people of Bidah and misguidance.

They wage war against those people who [truly] follow the Qur’aan and the Sunnah, and those scholars who truly adhere to the Qur’aan and the Sunnah. They utter false opinions and slogans regarding the affair of ahlul bidah wad-dalaalah [i.e. the people of bidah and misguidance] and their books. And amongst them [i.e. those deviants whom the illegal partisans give a good image] is Sayyid Qutb and his followers- Sayyid Qutb, the one who embarked upon the methodology of the Khawaarij, the Rawaafid, the Mu’tazilah and the Jahmiyyah in creed, methodology and politics, especially in the subject matter of Takfeer. According to him [i.e. sayyid Qutb] all human societies are societies of Pre-Islamic ignorance and that the Muslim Ummah is upon the severest state of apostasy and Pre-Islamic ignorance. Then the path of the Baatiniyyah was added to this [i.e. this methodology of Sayyid Qutb], such as assassinations and explosions [i.e. by way of terrorist acts] etc. And his followers attribute themselves to the Salafi Methodology, which is a mighty plot against the [true and upright] Salafi leaders. [So] when you come to know this, then you will know that the Salafi Methodology is free from this [type] of Takfeer, [the evil act of causing] explosions and destruction, and the people of this treacherous [act]. [Source: Man Humul Irhaabiyyoon’ pages 104-105. Abridged and slightly paraphrased]

Reality Check for Those Who Spread Ikhwaani and Other False Principles Amongst the Youth, saying: Read and Take What Is Good from The Books of Sayyid Qutb and Hasan Al-Banna, and Abandon Their Errors

It is not permissible to exalt and praise the innovators even if they have some truth with them. That is because raising and praising them will spread their bidah and place them amongst the sincere ones-those who are taken as examples amongst distinguished men of this Ummah. The Salaf warned against having trust for the innovators, (warned against) praising them and their gatherings.

In this regard, Asad Ibn Musa (rahimahullaah) wrote:” Beware of being a brother of the innovator (by association) or a companion of his, or one whom you sit with; for indeed it has been narrated that ‘Whoever sits with a person of innovation has left the protection of Allaah and is entrusted to himself’.

The innovators must be warned against and kept away from even if they have some truth with them. Indeed, the most astray are not devoid of some truth, but if they have with them innovation, opposition and sinful views, it is not permissible to praise and exalt them. It is impermissible to not have an objection against their innovation because this spreads bidah, belittles the Sunnah and by way of this the innovator will emerge and become a guide for the Ummah.

As for giving consideration (to the fact) that the innovation has some truth, this does not justify praising him. This is -to a far greater extent- against what is of overriding benefit and it is known in relation to a principle in the religion that averting harm takes precedence over seeking that which is of benefit. And with regards to having hatred for the innovator, the harm that is averted from the Ummah is weightier than the benefit possessed by the innovator. And had we adhered to this concept (i.e. praising the innovator because he has some truth with him), then no one would have been judged to be misguided and declared an innovator. That is because there is not an innovator except that he has some truth and adherence to the Sunnah. The innovator (may) neither be a disbeliever nor be in opposition to all the Islamic legislation; rather he is either an innovator in some or most of the affairs. However, if the innovation is particularly related to affairs of Creed and Methodology, then the affair is dangerous indeed because it will become an example (to be followed); innovation will spread and the innovators will become active in spreading their innovation. hisNevertheless, this is a dangerous affair and it is not permissible to be lackadaisical with regards to innovation and its people, whatever that may be.  [Source: At-Tabdee Wat-Tafseeq Wat Takfeer. Page: 72-76. Abridged and slightly paraphrased]

Who is Sayyid Qutb