Categories of Creation of Man – Shaykh b. Bāz 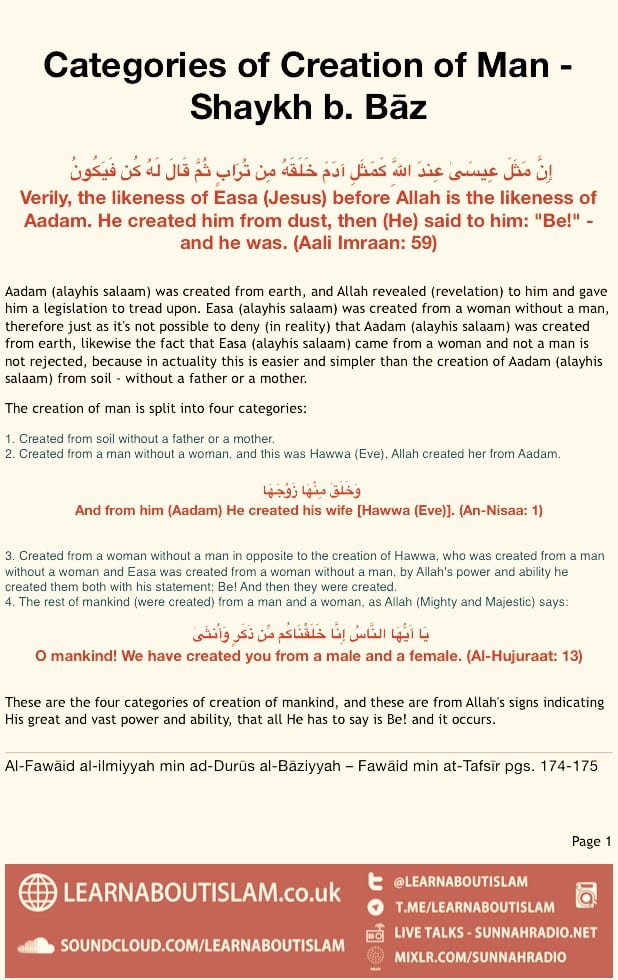 Categories of Creation of Man – Shaykh b. Bāz

The creation of man is split into four categories:

وَخَلَقَ مِنْهَا زَوْجَهَا
And from him (Aadam) He created his wife [Hawwa (Eve)]. (An-Nisaa: 1)

يَا أَيُّهَا النَّاسُ إِنَّا خَلَقْنَاكُم مِّن ذَكَرٍ وَأُنثَىٰ
O mankind! We have created you from a male and a female. (Al-Hujuraat: 13)

These are the four categories of creation of mankind, and these are from Allah’s signs indicating His great and vast power and ability, that all He has to say is Be! and it occurs.