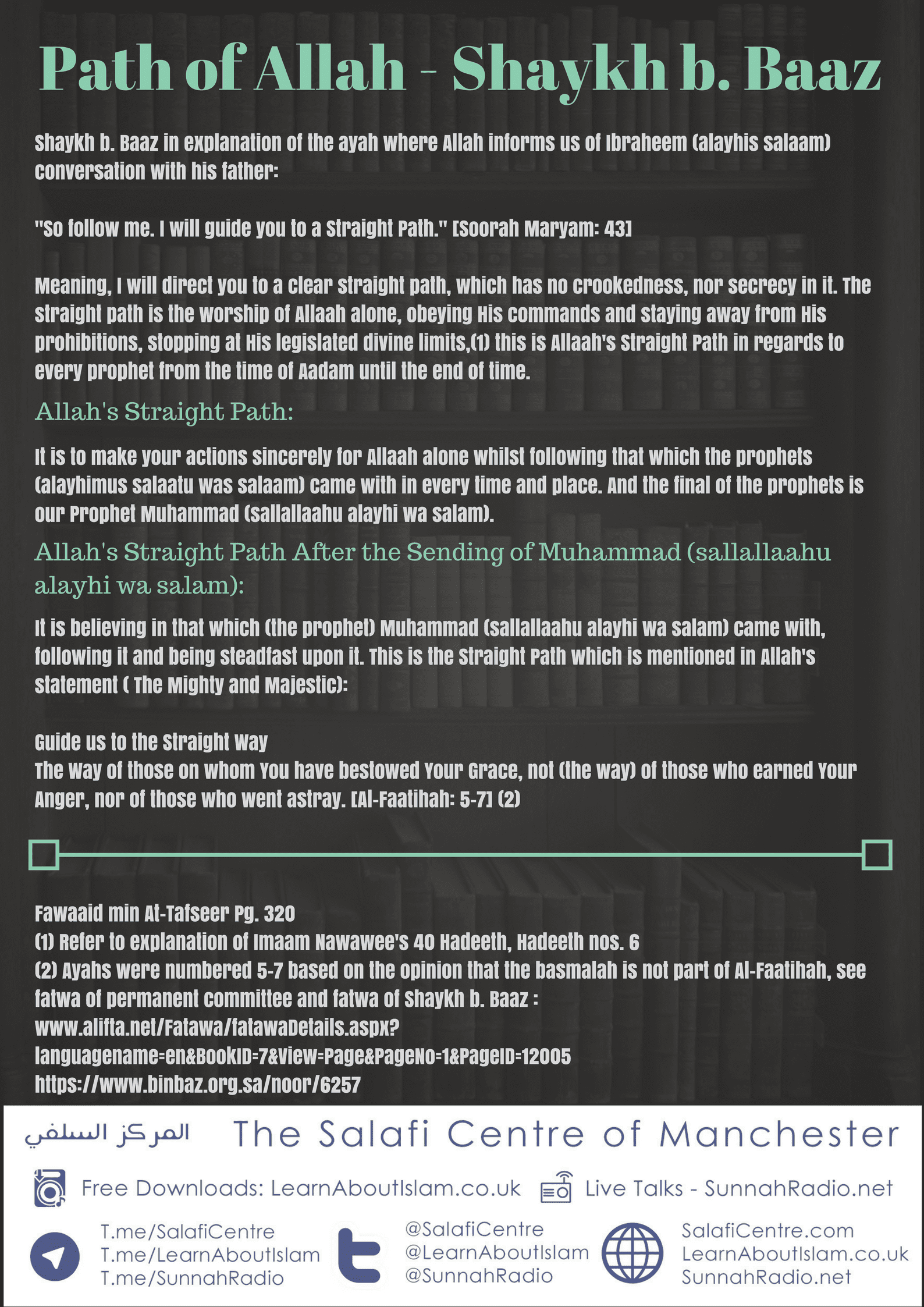 Shaykh b. Baaz in explanation of the ayah where Allah informs us of Ibraheem’s (alayhis salaam) conversation with his father:

Meaning, I will direct you to a clear straight path, which has no crookedness, nor secrecy in it. The straight path is the worship of Allah alone, obeying His commands and staying away from His prohibitions, stopping at His legislated divine limits,(1) this is Allaah’s Straight Path in regards to every prophet from the time of Aadam until the end of time.

It is to make your actions sincerely for Allah alone whilst following that which the prophets (alayhimus salaatu was salām) came with in every time and place. And the final of the prophets is our Prophet Muhammad (sallallaahu alayhi wa salam).

It is believing in that which (the prophet) Muhammad (sallallaahu alayhi wa salam) came with, following it and being steadfast upon it. This is the Straight Path which is mentioned in Allaah’s statement (The Mighty and Majestic):

Guide us to the Straight Way

The Way of those on whom You have bestowed Your Grace, not (the way) of those who earned Your Anger, nor of those who went astray. [Al-Faatihah: 5-7] (2)

(2) Ayahs were numbered 5-7 based on the opinion that the basmalah is not part of Al-Faatihah, see fatwa of permanent committee and fatwa of Shaykh b. Baaz :
www.alifta.net/Fatawa/fatawaDetails.aspx?languagename=en&BookID=7&View=Page&PageNo=1&PageID=12005