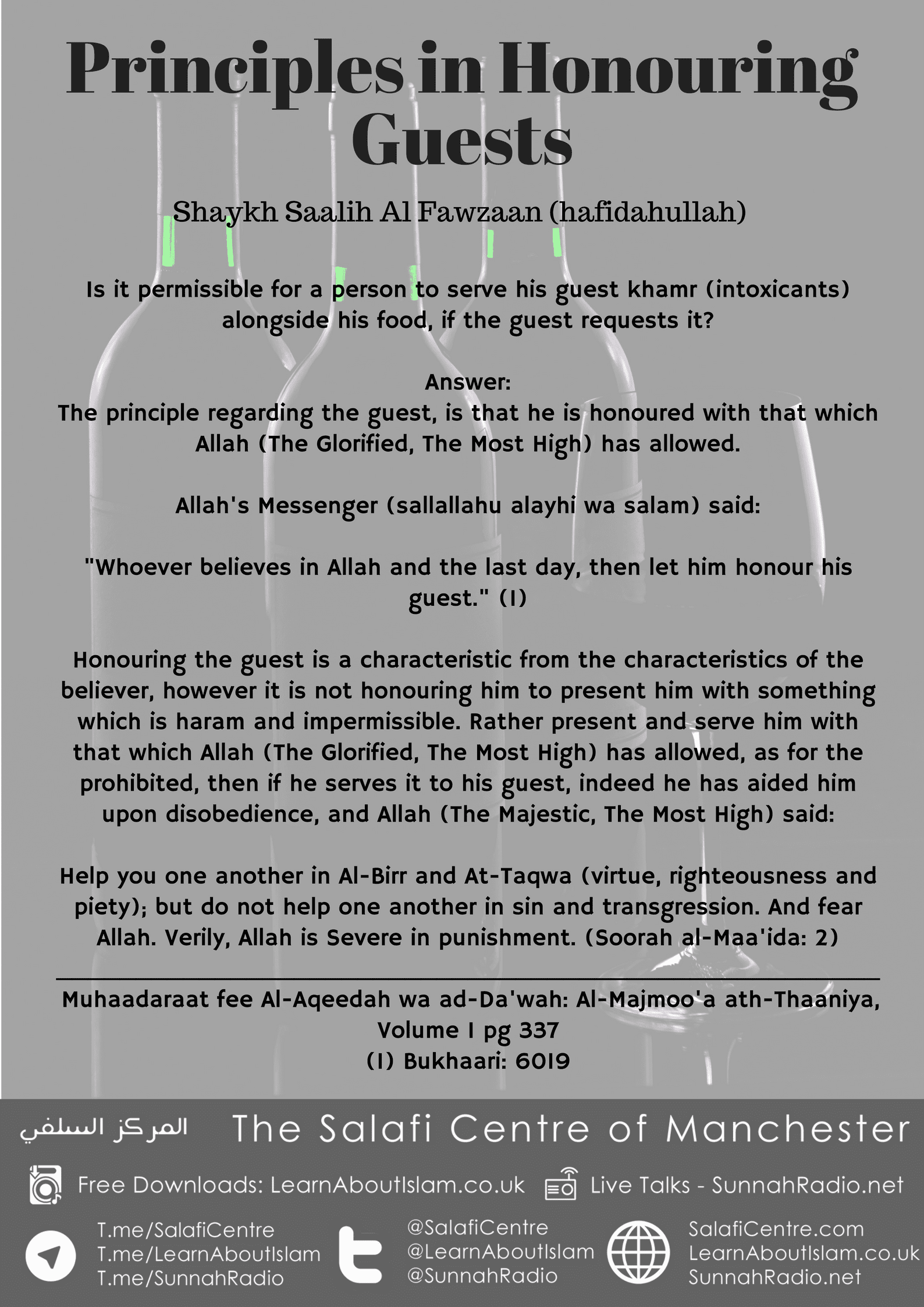 Is it permissible for a person to serve his guest khamr (intoxicants) alongside his food, if the guest requests it?

He replied: The principle regarding the guest, is that he is honoured with that which Allah (The Glorified, The Most High) has allowed.

“Whoever believes in Allah and the last day, then let him honour his guest.” (1)

Honouring the guest is a characteristic from the the characteristics of the believer, however it is not honouring him to present him with something which is haram and impermissible. Rather present and serve him with that which Allah (The Glorified, The Most High) has allowed, as for the prohibited, then if he serves it to his guest, indeed he has aided him upon disobedience, and Allah (The Majestic, The Most High):

Help you one another in Al-Birr and At-Taqwa (virtue, righteousness and piety); but do not help one another in sin and transgression. And fear Allah. Verily, Allah is Severe in punishment. (Soorah Al-Maa’ida: 2)