People cannot Bestow Blessings Upon Themselves or Others – Shaykh Fawzān 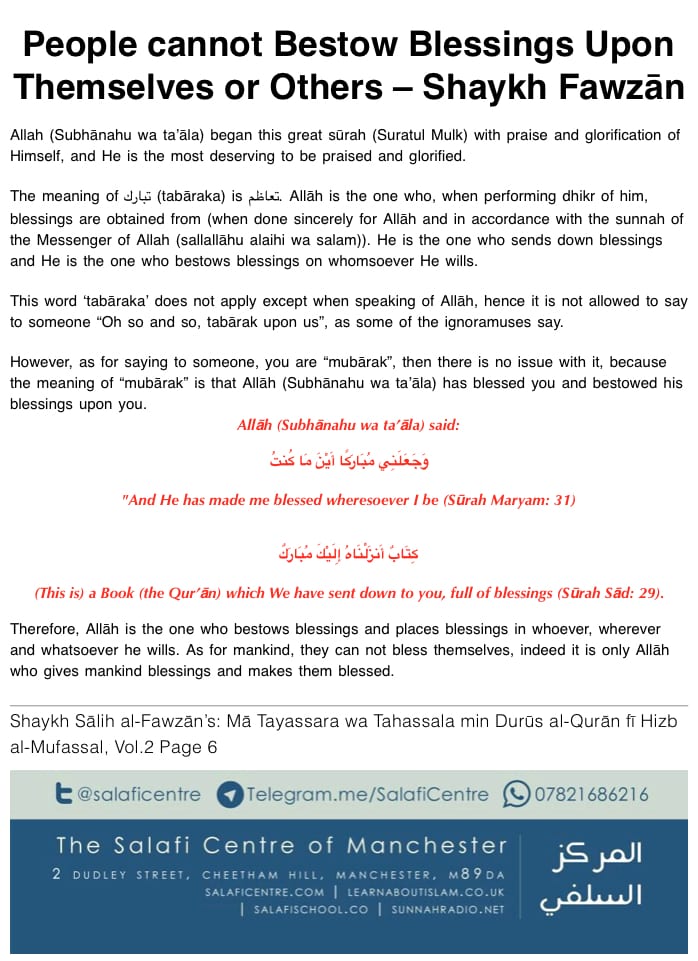 Allah (Subhānahu wa ta’āla) began this great sūrah (Suratul Mulk) with praise and glorification of Himself, and He is the most deserving to be praised and glorified.

This word ‘tabāraka’ does not apply except when speaking of Allāh, hence it is not allowed to say to someone “Oh so and so, tabārak upon us”, as some of the ignoramuses say.

However, as for saying to someone, you are “mubārak”, then there is no issue with it, because the meaning of “mubārak” is that Allāh (Subhānahu wa ta’āla) has blessed you and bestowed his blessings upon you.

“And He has made me blessed wheresoever I be (Sūrah Maryam: 31)
and

Therefore, Allāh is the one who bestows blessings and places blessings in whoever, wherever and whatsoever he wills. As for mankind, they can not bless themselves, indeed it is only Allāh who gives mankind blessings and makes them blessed.