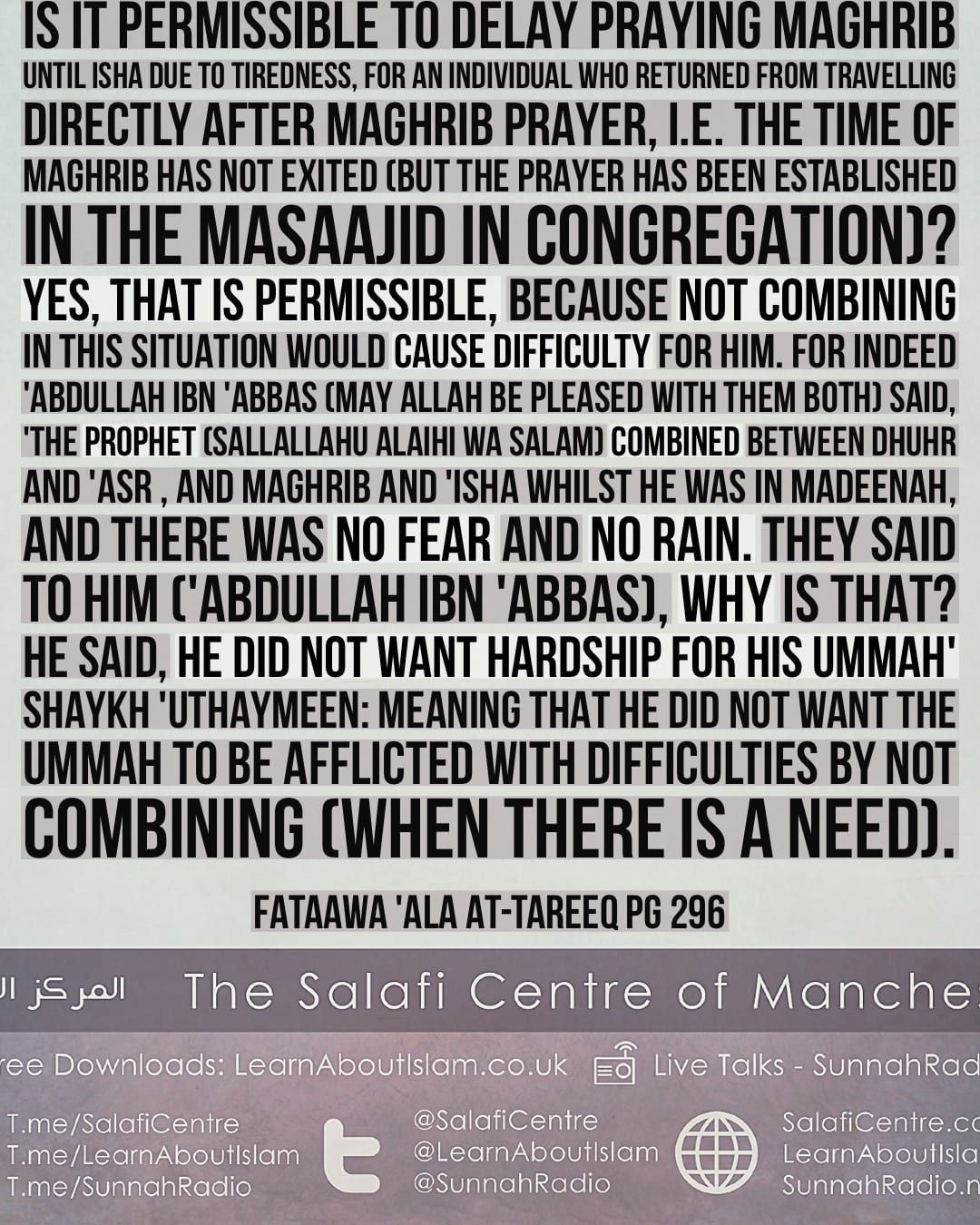 Is it Permissible for a Resident to Combine Maghrib and Isha, after He has Returned from a Journey? Shaykh Uthaymeen

Written by The Salafi Centre of Manchester on May 31, 2018. Posted in Articles, Basics, Fatawa-Rulings, Sahaabah, Salaah - Prayer, Worship - 'Ibaadah'.

Is it permissible to delay praying maghrib until isha due to him being tired, for an individual who returned from travelling directly after Maghrib prayer i.e. the time of Maghrib has not exited (but the prayer has been established in the masaajid in congregation)?

Yes, that is permissible, because not combining in this situation would cause difficulty for him. For indeed ‘Abdullah ibn ‘Abbas (May Allah be pleased with them both) said,

‘The Prophet (sallallahu alaihi wa salam) combined between Dhuhr and ‘Asr , and Maghrib and ‘Isha whilst he was in Madeenah, and there was no fear and no rain. They said to him (‘Abdullah ibn ‘Abbas), why is that? He said, He did not want hardship for his ummah’

Shaykh ‘Uthaymeen: meaning that he did not want the ummah to be afflicted with difficulties by not combining (when there is a need). 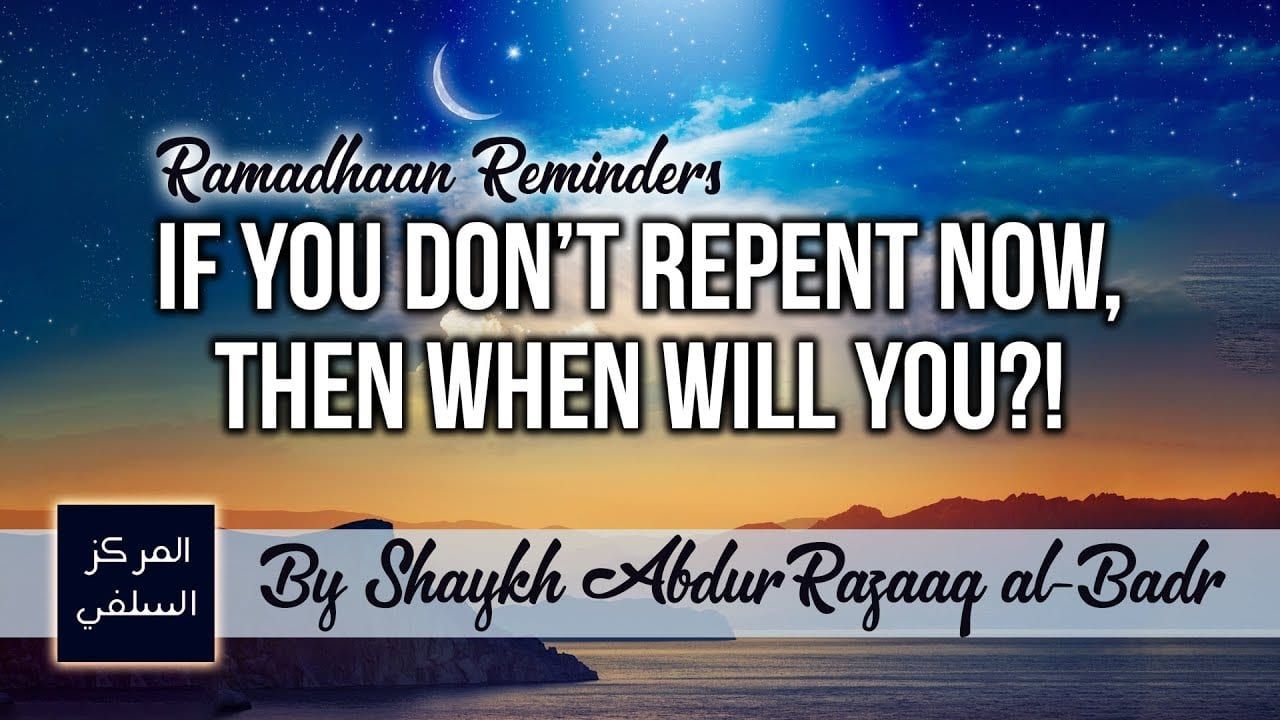 Ramadhaan Reminder: If You Don’t Repent Now, Then When Will You?! – Shaykh Abdur Razzaaq

Written by The Salafi Centre of Manchester on May 30, 2018. Posted in Ramadhan, Video, Worship - 'Ibaadah'.

If you don’t repent now in the month of Ramadhaan, when will you repent? Listen to this much needed Ramadhaan Reminder by Shaykh Abdur Razzaaq. 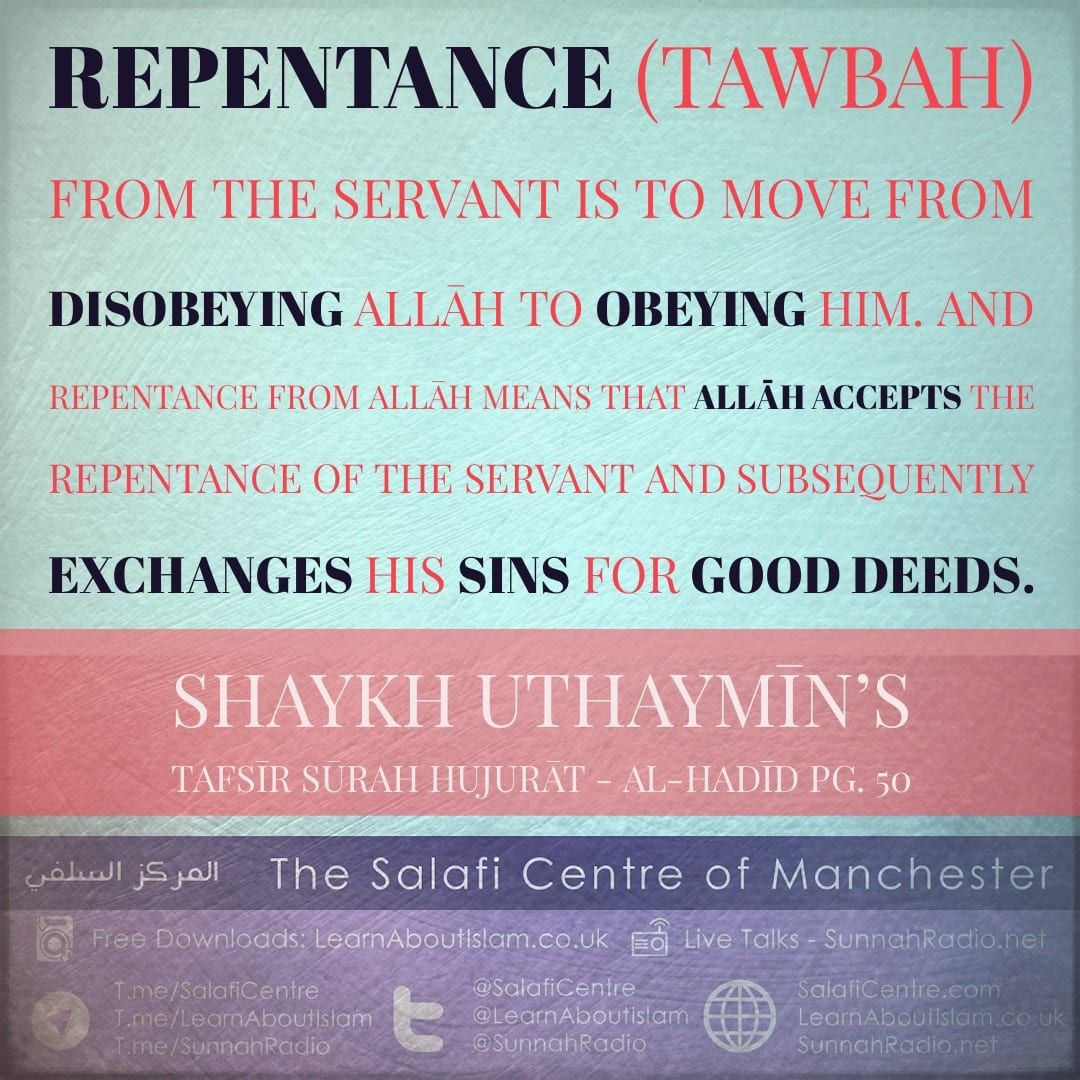 Repentance (tawbah) from the servant is to move from disobeying Allāh to obeying Him. And repentance from Allāh means that Allāh accepts the repentance of the servant and subsequently exchanges his sins for good deeds. 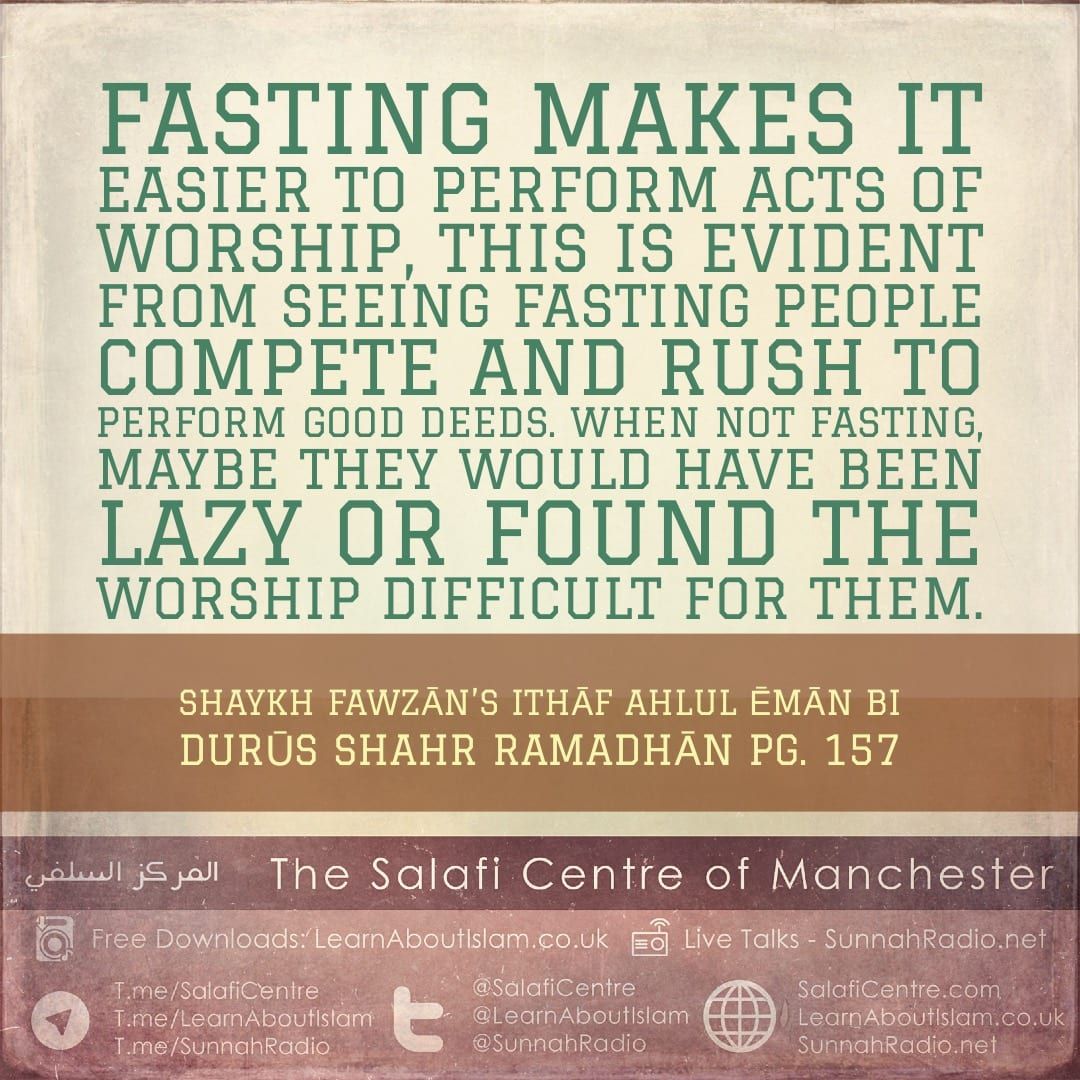 Written by Abu Aa'isha Amjad on May 27, 2018. Posted in Articles, Fasting, Monotheism - Tawheed, Morals and Manners - 'Akhlaaq', Must Read, Purification of The Soul, Ramadhan, Worship - 'Ibaadah'.

Fasting makes it easier to perform acts of worship, this is evident from seeing fasting people compete and rush to perform good deeds. When not fasting, maybe they would have been lazy or found the worship difficult for them. 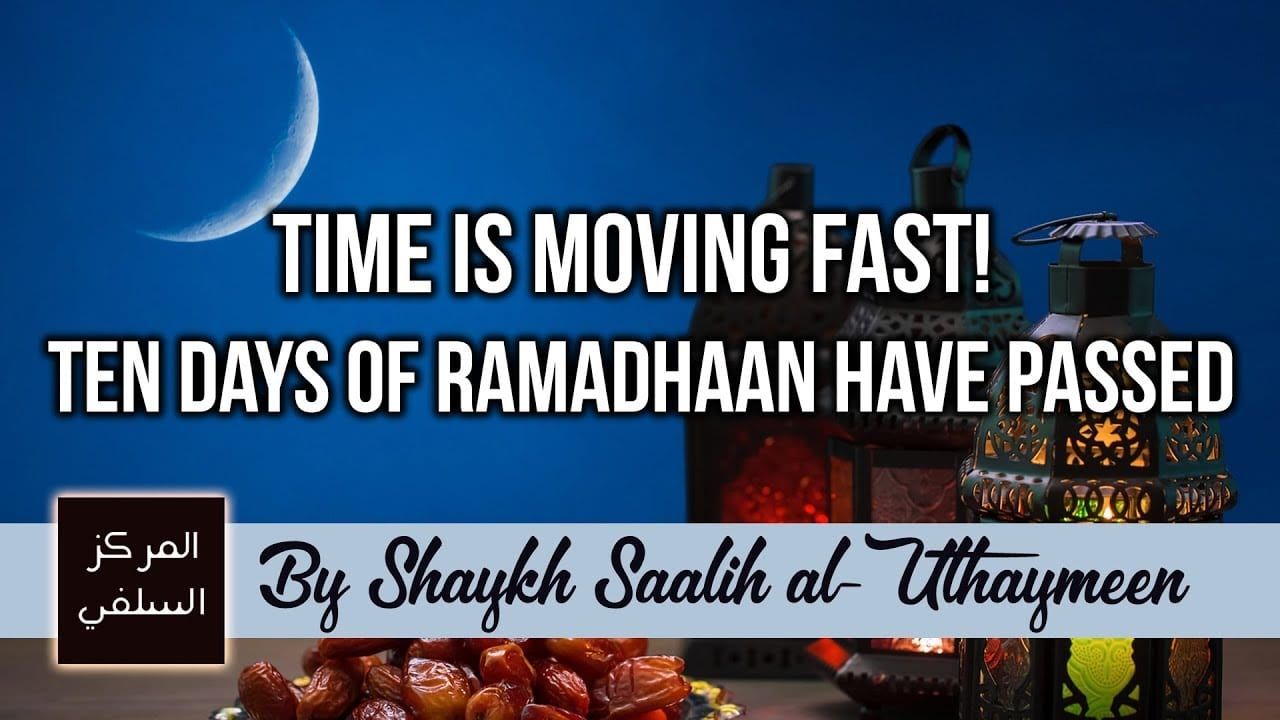 Written by The Salafi Centre of Manchester on May 26, 2018. Posted in Fasting, Ramadhan, Video, Worship - 'Ibaadah'.

Time Is Moving Fast! The first ten days of the month of Ramadhaan have now passed. Listen to this much needed advice by Shaykh Saalih al-Uthaymeen.

May Allah aid us in carrying out righteous actions in what remains. 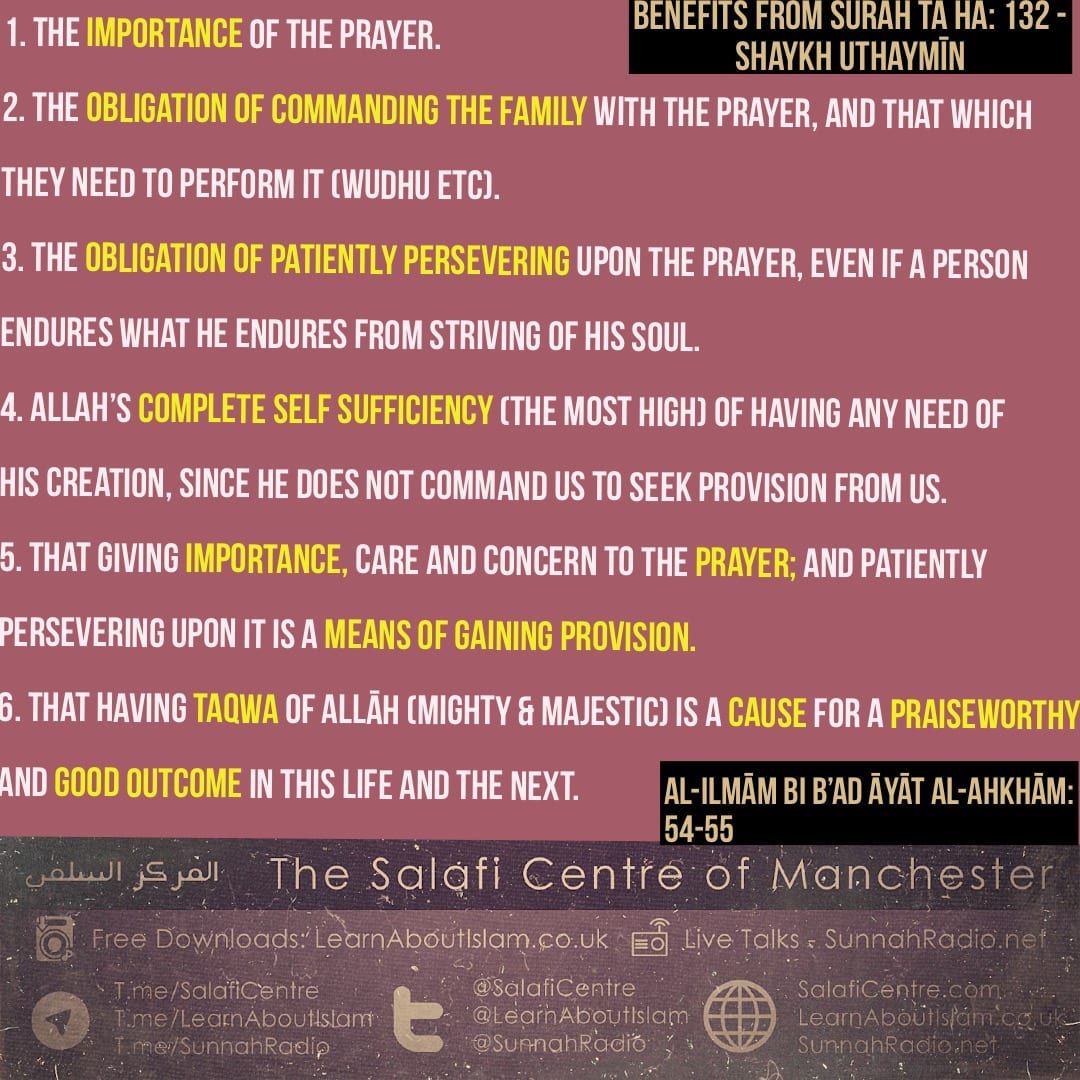 And enjoin As-Salât (the prayer) on your family, and be patient in offering them [i.e. the Salât (prayers)]. We ask not of you a provision (i.e. to give Us something: money); We provide for you. And the good end (i.e. Paradise) is for the Muttaqûn (pious and righteous persons – see V.2:2). (Ta Ha: 132)

Benefits extracted from this verse are:

Written by Abdullah Jallow on May 26, 2018. Posted in Deviated Groups, Sects and Parties, Methodology - 'Manhaj', Pearls of Wisdom, Purification of The Soul, Scholars of Islam.

It is not permissible to call them [genuine, upright etc] scholars, because the [genuine, upright] scholars in the Islamic legislation are those who possess [sound] understanding of Allaah’s religion. [The Messenger (sallal laahu alayhi wasallam)] said: “If Allaah wishes good for a [person], He grants [the person] understanding in the religion.” Allaah grants him [sound] understanding in affairs of Aqeedah, Ibaadaat, dealings, Siyaasah and other affairs that are important to Islaam and [important] for the Muslims in their religious and worldly affairs- beneficial to their religious and worldly affairs and preserves their honour and nobility. As for the ignoramuses [i.e. misguided figureheads, bogus scholars, deviated sects and personalities etc], they lead the people to Bidah and misguidance – towards that which distances the people from the [path, pleasure] of Allaah and leads them to the fire of hell.

[Once] the Messenger of Allaah drew a straight line [with his hand in the sand] and said, ‘’This is Allaah’s straight path’’, then he drew lines to the right and left of that line and said, ‘’These are the other paths, on each path there is a devil who calls to it’’, then he recited the statement of Allaah: [وَأَنَّ هَـذَا صِرَطِي مُسْتَقِيمًا فَاتَّبِعُوهُ وَلاَ تَتَّبِعُواْ السُّبُلَ فَتَفَرَّقَ بِكُمْ عَن سَبِيلِهِ – And verily, this is my Straight Path, so follow it, and follow not (other) paths, for they will separate you away from His Path] [Surah Al-An’aam Aayah 153]

The Messenger [sallal-laahu-alayhi-wasallam also ] said, ‘’And what I fear for my Ummah is the leaders of misguidance.’’ [Saheeh al-Jaami 1773]

They [i.e. the misguided figureheads, callers to Bidah, Shirk, Misguidance etc] are [also] the ones whom Allaah’s Messenger [warned against] when he warned the Ummah about the Fitna of the Anti-Christ [i.e. Dajjaal]! He [sallal-laahu-alayhi-wasallam] said that the Dajjaal will stay on the earth for forty days- a day like a year, a day like a month, a day like a week and the rest of the days like the normal days of the world. He will command the sky to rain and it will rain. He will command the earth to grow vegetation and it will grow; so, the ignorant people will consider him a deity and believe that he is their lord. Then the Messenger said [i.e. after warning and informing us about the Fitna of the anti-Christ], ‘’It is other than Dajjaal [i.e. Anti-Christ] that I fear more for you.’’ [Saheeh Muslim 2937] [Ref 1]

This is because the word ‘Kaafir’ will be written on the Dajjaal’s forehead and everyone -both the literate and illiterate believer- will be able to read it. It will be a clear sign that he is a Kaafir, as opposed to that one who deceitfully uses the name of Islaam and carries Islamic slogans [i.e. whilst calling to deviation]. This one is more harmful. [Ref 2]

Dajjaal will live in this Ummah for forty days – a day like a year, a day like a month, a day like a week and his remaining days will be like the normal days of the world; but as for the [misguided figureheads] – since the departure of the first three righteous generations of Muslims – they have swayed many people in the Ummah and lead them to [practices, views, beliefs, methodologies etc] that are tantamount to ignorance and misguidance. The deviated sects that have been threatened with entry into the hell fire emerged at the hands of these liars and ignorant [figureheads], whose danger and evil the Messenger feared for his ummah. He [sallal-laahu-alayhi-wasallam] warned against their evil just as he warned [us] against Dajjaal [Anti-Christ], as he [sallal-laahu-alayhi-wasallam] said: ‘’It is other than Dajjaal I fear more for you.’’

These liars [i.e. misguided figureheads, callers to bidah, shirk, false views and methodologies etc] bring destruction to the Ummah and place them in a state of ignominy in this worldly life and next life. So, this shows [us] the danger of ignorance and the ignoramuses, and the [lofty] station of knowledge and the [upright] scholars. [Ref 3] 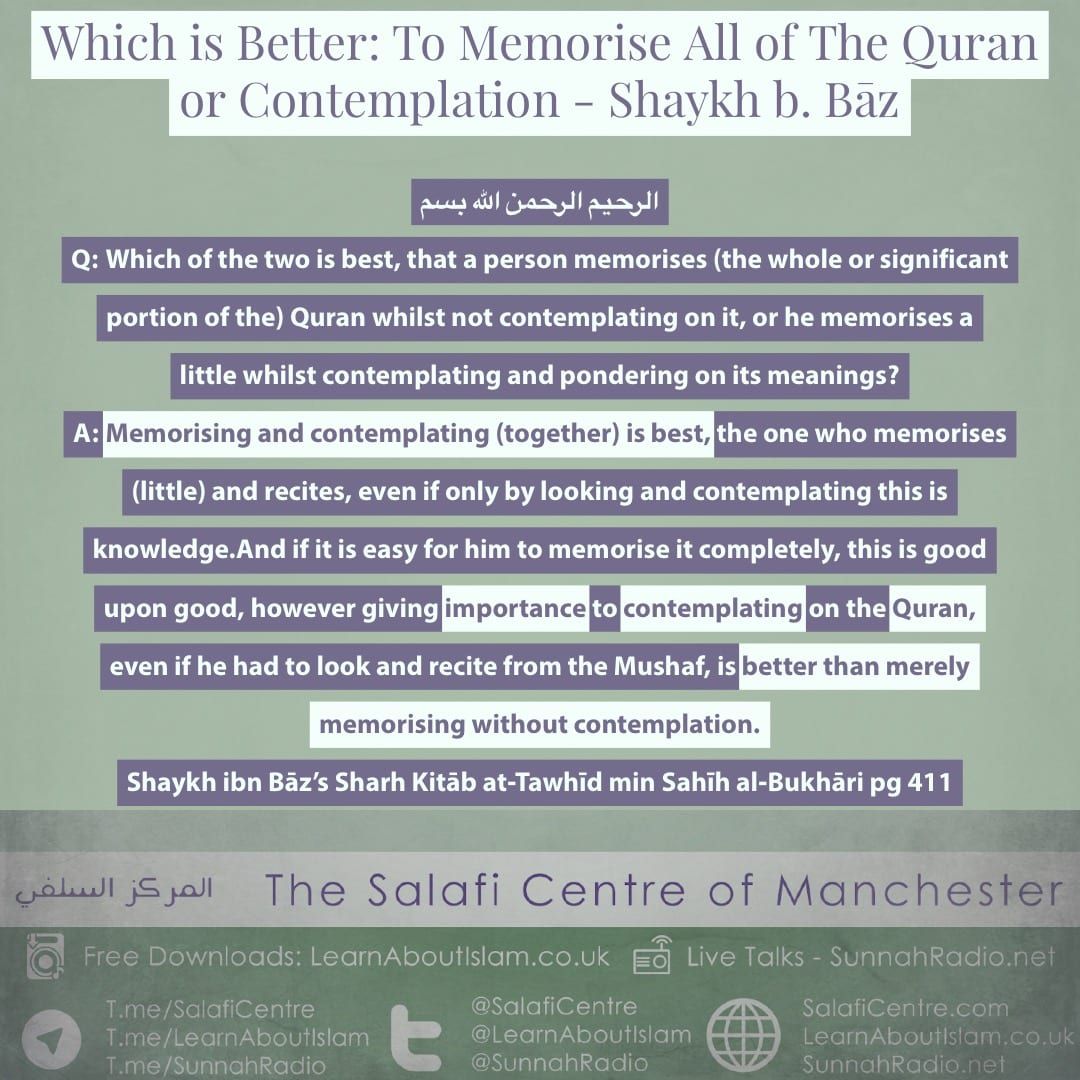 Which is Better: To Memorise All of The Quran or Contemplation – Shaykh b. Bāz

Q: Which of the two is best, that a person memorises (the whole or significant portion of the) Quran whilst not contemplating on it, or he memorises a little whilst contemplating and pondering on its meanings? 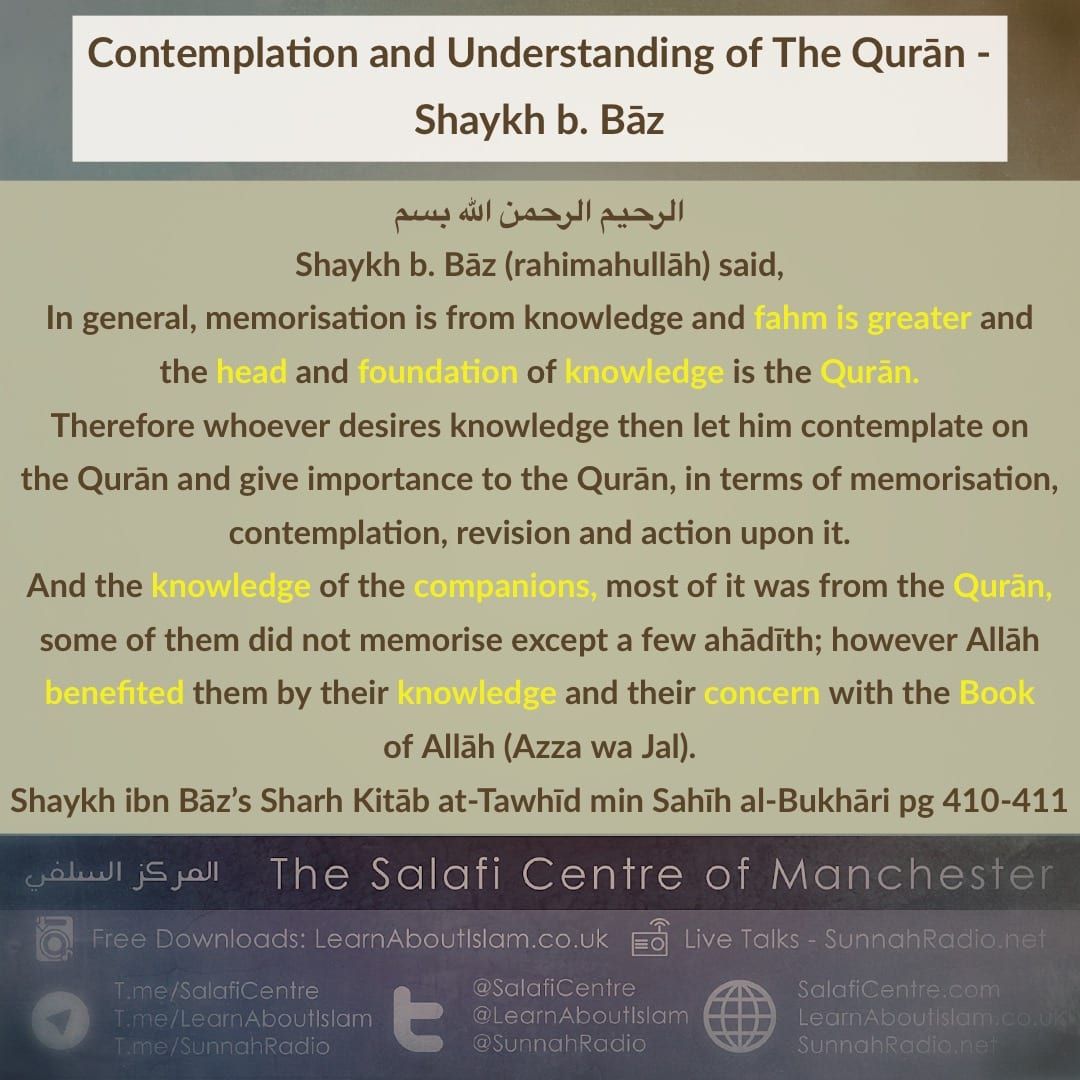 Contemplation and Understanding of The Qurān – Shaykh b. Bāz

In general, memorisation is from knowledge and fahm is greater and the head and foundation of knowledge is the Qurān.

Therefore whoever desires knowledge then let him contemplate on the Qurān and give importance to the Qurān, in terms of memorisation, contemplation, revision and action upon it.

And the knowledge of the companions, most of it was from the Qurān, some of them did not memorise except a few ahādīth; however Allāh benefited them by their knowledge and their concern with the Book of Allāh (Azza wa Jal). 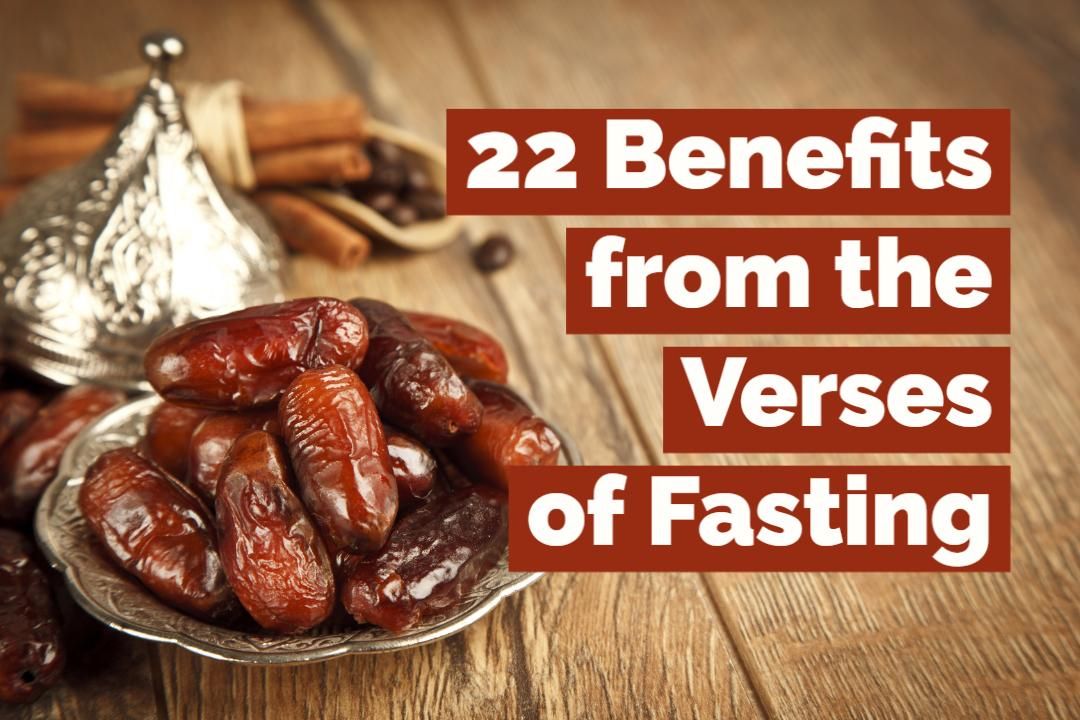 22 Benefits Extracted By Shaykh al-‘Uthaymīn from the Verses of Fasting (Al-Baqarah:183-186)

O you who believe! Observing As-Ṣaum (the fasting) is prescribed for you as it was prescribed for those before you, that you may become Al-Muttaqūn (the pious – see V. 2:2).

[Observing Ṣaum (fasts)] for a fixed number of days, but if any of you is ill or on a journey, the same number (should be made up) from other days. And as for those who can fast with difficulty, (e.g. an old man, etc.), they have (a choice either to fast or) to feed a Miskīn (poor person) (for every day). But whoever does good of his own accord, it is better for him. And that you fast, it is better for you if only you know.

The month of Ramaḍān in which was revealed the Qurān, a guidance for mankind and clear proofs for the guidance and the criterion (between right and wrong). So whoever of you sights (the crescent on the first night of) the month (of Ramadan i.e. is present at his home), he must observe Ṣaum (fasts) that month, and whoever is ill or on a journey, the same number [of days which one did not observe Ṣaum (fasts) must be made up] from other days. Allāh intends for you ease, and He does not want to make things difficult for you. (He wants that you) must complete the same number (of days), and that you must magnify Allāh [i.e. to say Takbir (Allāhu-Akbar; Allāh is the Most Great) on seeing the crescent of the months of Ramaḍān and Shawwāl] for having guided you so that you may be grateful to Him.

And when My slaves ask you (O Muḥammad ṣallallāhu alaihi wa salam) concerning Me, then (answer them), I am indeed near (to them by My Knowledge). I respond to the invocations of the supplicant when he calls on Me (without any mediator or intercessor). So let them obey Me and believe in Me, so that they may be led aright.