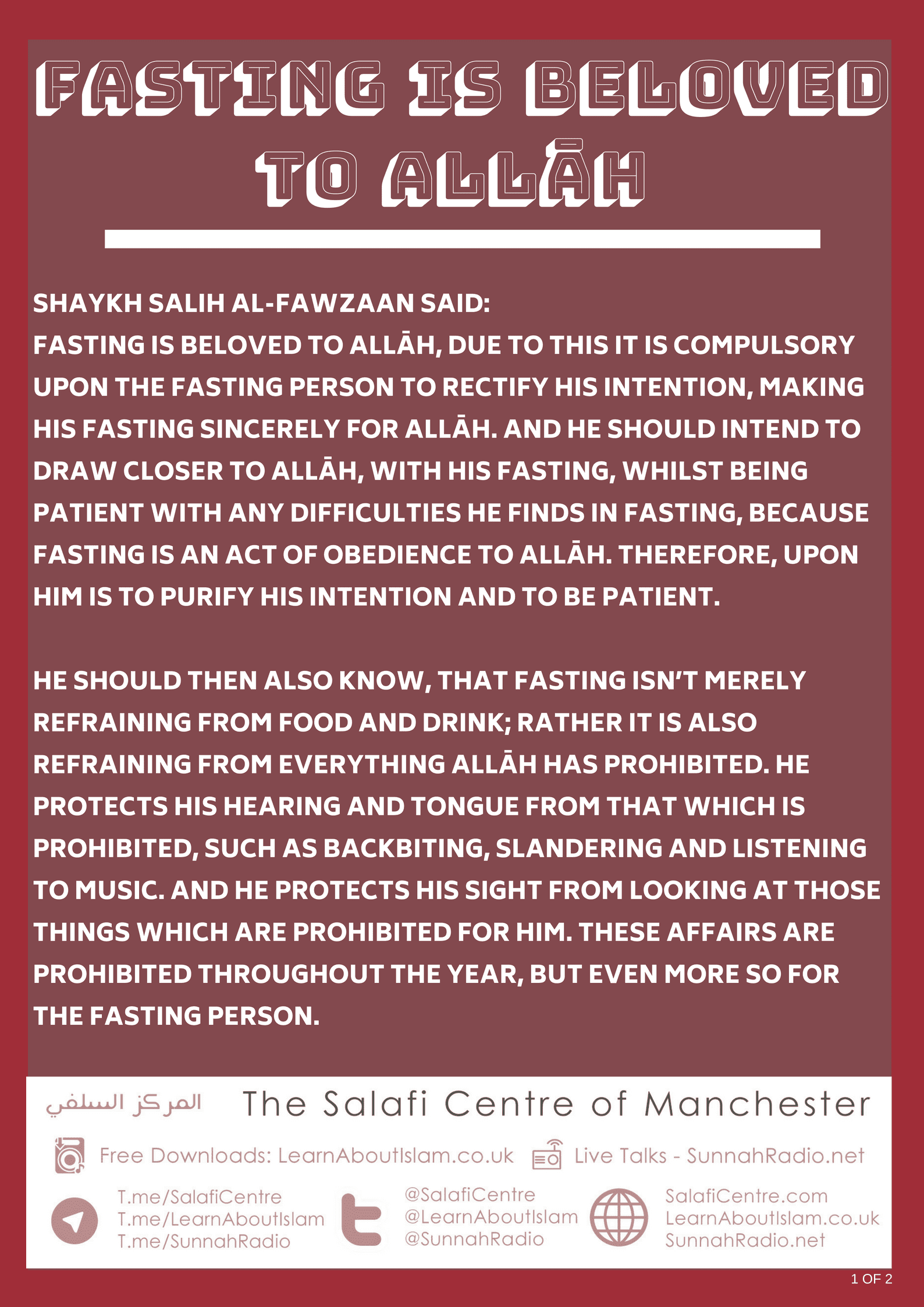 Fasting is beloved to Allāh, due to this it is compulsory upon the fasting person to rectify his intention, making his fasting sincerely for Allāh. And he should intend to draw closer to Allāh, with his fasting, whilst being patient with any difficulties he finds in fasting, because fasting is an act of obedience to Allāh. Therefore, upon him is to purify his intention and to be patient.

Fasting is a tremendous act of worship, if someone fasts, then indeed he should stay far away from everything which is unsuitable and unbefitting.

Hence, it is obligatory upon the fasting person to take care of his fast from everything which will affect it negatively. 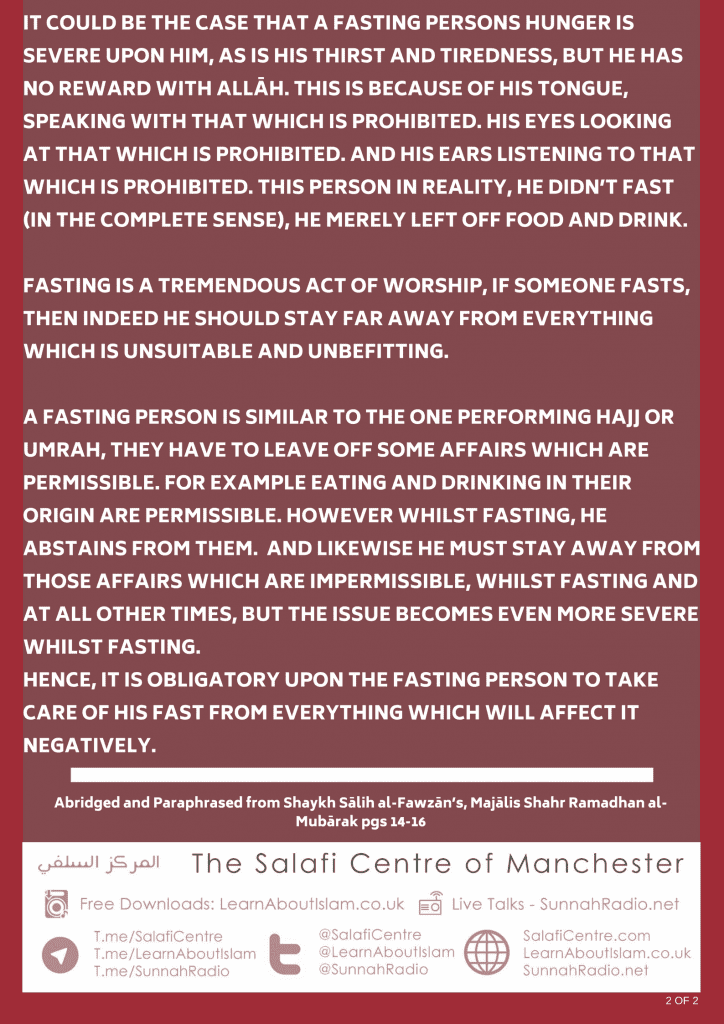