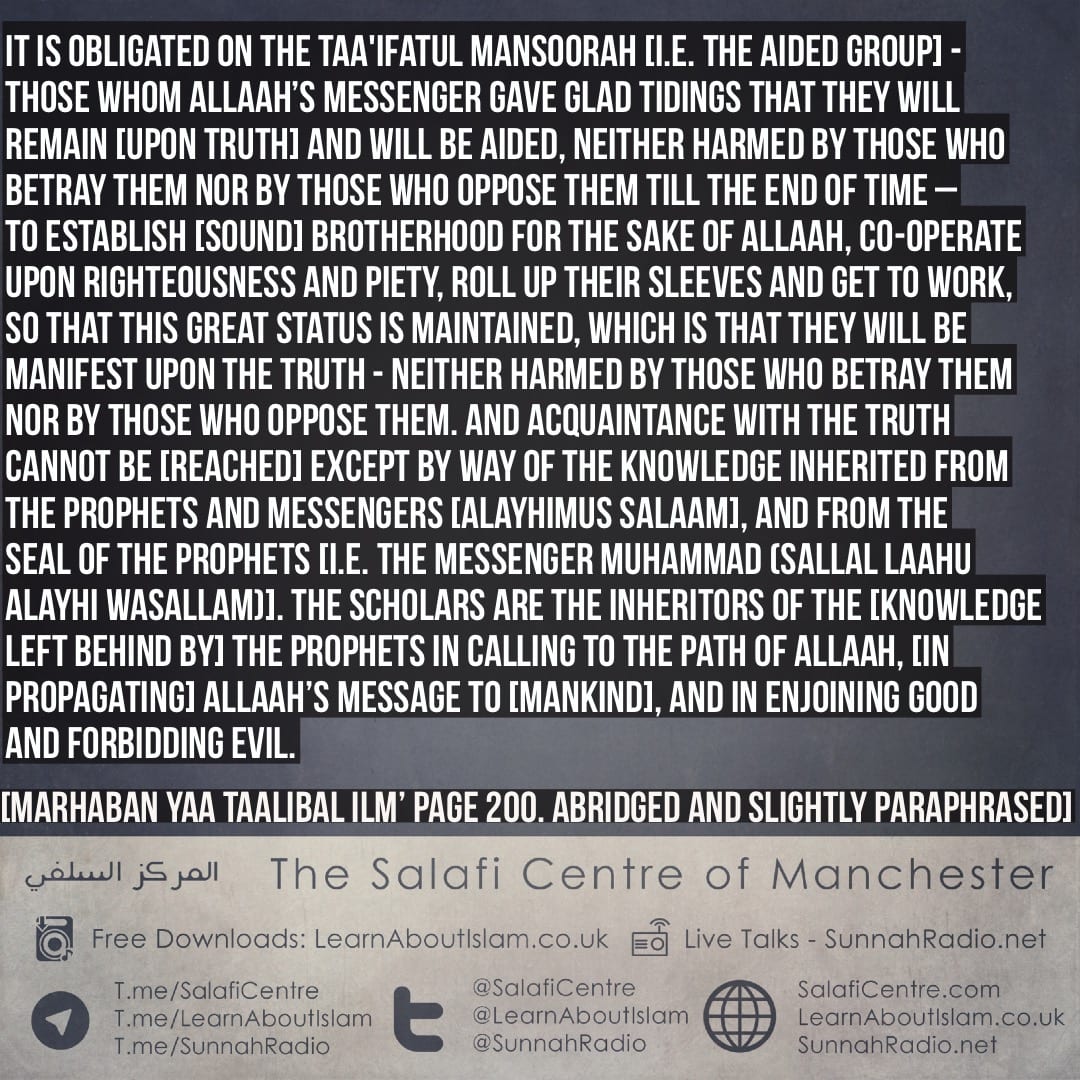 Read articles on this link at salafipublications.com titled:

The Propagated Signposts of The Sunnah for the Creed of the Saved and Aided Group: