by The Salafi Centre of Manchester | Dec 25, 2018 | Da'wah - Calling To Islam, Methodology - 'Manhaj', Morals and Manners - 'Akhlaaq', Pearls of Wisdom, Purification of The Soul 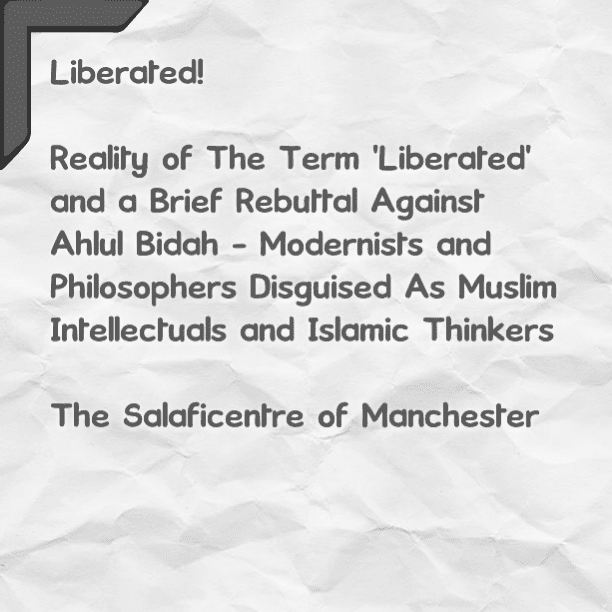 Shaikh Muhammad Bin Saaleh Al-Uthaymeen [rahimahullaah] was asked about the statement of a person who says: ”I am free [or liberated?]”

Answer: If a liberated [or free person] says this and intends by it freedom from slavery to the creation, then yes he is free from slavery to the creation. However, if he intends by this that he is liberated (freed) from servitude to Allaah [The Mighty and Majestic], then indeed he has erred in his understanding of servitude and he does not understand the meaning of freedom. That is because servitude to other than Allaah is bondage. As for the servitude to Allaah [The Mighty and Majestic], then this is real freedom because if he does not humble himself to Allaah, he will humble himself to other than Allaah. So he deceives himself when he says that he is free [or liberated]- meaning: he is liberated from obedience to Allaah.