Question: “May Allaah be good to you. Is lying permissible for the purpose of calling to Allaah?” 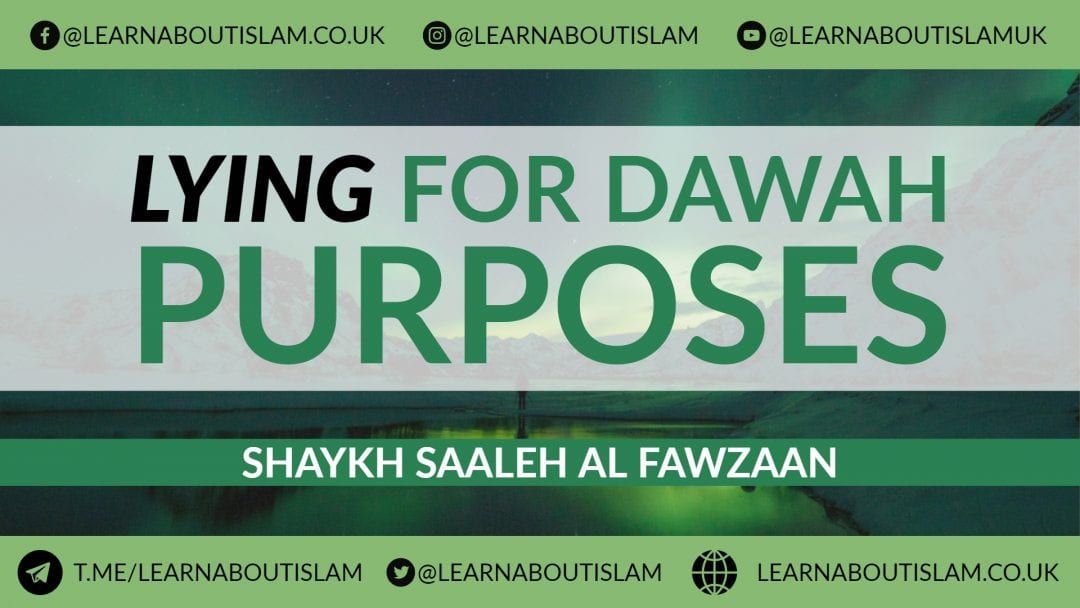