What is the Meaning of Hizbiyyah and What is The Ruling Upon It? Shaykh Ubaid Al Jaabiree 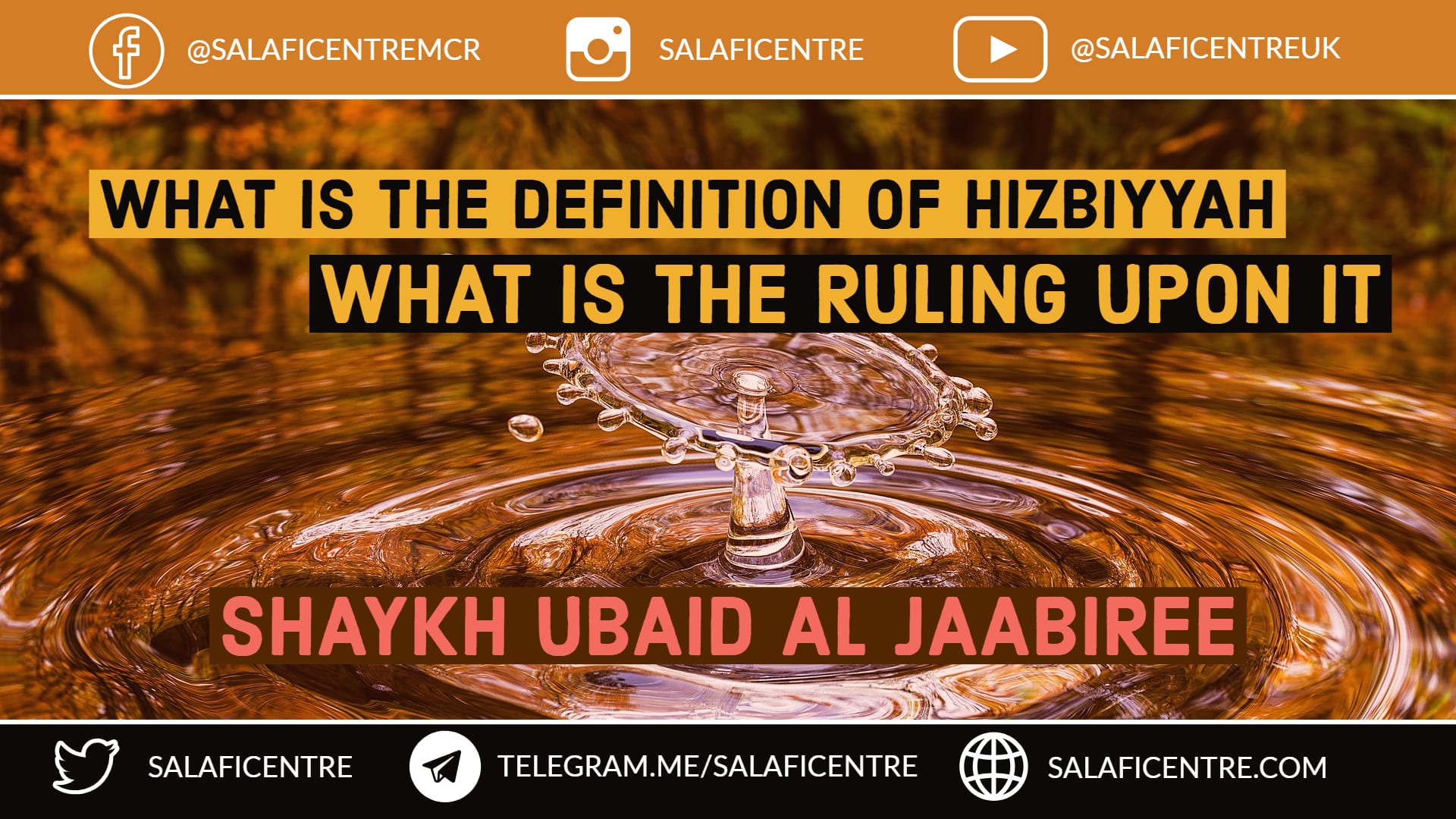 A questioner from Germany asks:

“What is the definition of Hizbiyyah and what is its ruling?”

Watch the video for the answer.

Your question O my child from Germany is composed of two parts. The first: concerning the meaning of hizbiyyah and I say you have done well for asking this question. So hizbiyyah is to unite and side with an individual, individuals or a group other than Ahlus-Sunnah wal-Jamā’ah. And it’s possible (the people of hizbiyyah) side themselves with a number of groups. So you find one of them for example, uniting with Jamā’atu-Tablīgh, Jamā’atul-ikhwān, Jamā’atul-jihād or other than them from the present day da’wah affiliated groups that are all deviated and misguide people.

I say this without any reluctance, as this is what I profess as my religion before Allāh.

So you find him (a person of hizbiyyah) making his friendship and allegiance towards those who side with him, a groups of people, a single individual or various individual persons.  He builds his allegiance and enmity based on them.

It was this that Shaykhul-Islām – may Allāh have mercy upon him – signified with his saying, “And whosoever raises for the people a man for whose sake friendship and enmity is formed, then he is  from those who have divided their religion and split into sects” and with this detailed explanation – if Allāh wills – I think you have understood the meaning of hizbiyyah. It is taken from (the word) tahazzub (to form partisanship).

As for the second part and that is your question concerning its ruling – it is an innovation and misguidance. So whoever sides himself with other than the Salafis – and they are the People of Hadīth (prophetic narrations), Ahlul- Athar, (people of narrations), the Victorious Party, the Saved Sect, the People of Sunnah and Jamā’ah (unity).

So this is the reality of despicable hizbiyyah and (one who falls into it) is from those who have divided their religion and split into sects.