Honourable Shaykh – May Allāh give you success – this questioner says, What is the ruling on those called Qurāniyūn, those who reject the noble hadīth, and they say we suffice ourselves with the Qurān only?

Allah the Mighty and Majestic said [in the Qur’an]: “And whatsoever the Messenger gives you, take it, and whatsoever he forbids you, abstain (from it)” 59:7

And this one says, I only take from the Qur’an. “And whatsoever the Messenger gives you, take it” He says, No, I won’t take. What sort of speech is this?! 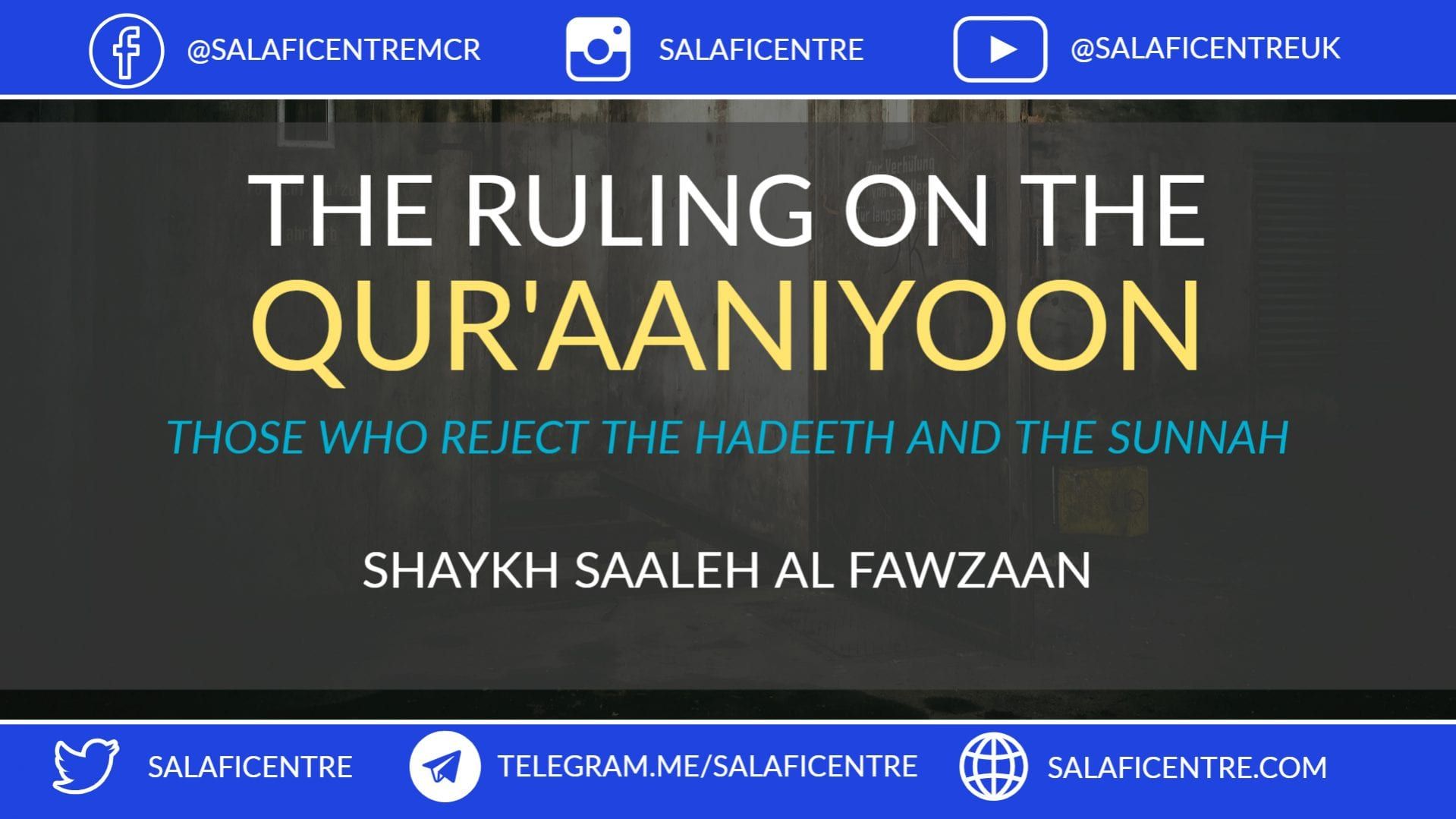