We Are Commanded to Follow a Middle Path In Spending: [Spend According to Your Means- Neither Extravagant Nor Miserly]

by The Salafi Centre of Manchester | Feb 27, 2019 | Morals and Manners - 'Akhlaaq', Pearls of Wisdom, Purification of The Soul, Worship - 'Ibaadah' 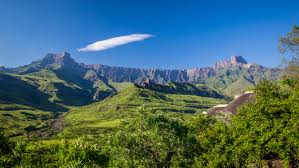 And give to the kindred his due and to the Miskin (poor) and to the wayfarer. But spend not wastefully (your wealth) in the manner of a spendthrift. Verily, spendthrifts are brothers of the Shayaateen (devils), and the Shaitan (Devil – Satan) is ever ungrateful to his Lord. [17:26-27]

Imaam As-Sa’di [rahimahullaah] said: Shaytaan does not call the person except to every blameworthy habit.  So he calls him to miserliness and to refrain from spending, but when the person refuses to obey him, he calls him to overspending and extravagance; but Allaah calls to the most just and balance of affairs and He praises the person for that, as He [The One free from all imperfections] stated about His faithful slaves:

And those, who, when they spend, are neither extravagant nor miserly, but hold a medium (way) between those (extremes).'[Surah Furqaan; Ayah: 67] [1]

Imaam Ibn Qudaamah [rahimahullaah] said: ‘’The most severe type of miserliness is that a person is miserly towards himself despite being in need; for how many a miser has wealth and falls ill, but he does not seek medication.  He yearns for something but miserliness prevents him from [getting it]’’. [2]

Shaikh Saaleh Al-Fawzaan [may Allaah preserve him] said: The Waleemah is a Prophetic Sunnah intended for the purpose of announcing a marriage and manifesting joy and happiness during this noble occasion. However, it has to be carried out within the boundaries of the Islamic rules and regulations, and neither being wasteful nor extravagant. To reduce spending and not being extravagant and wasteful is an obligation during marriage ceremonies and other than it. Those squanderers who waste meat and food, and dispose of it in waste bins should be reminded that there are hungry people hoping for a mouth full of (food) and a scrap of bread. [They should be reminded] to fear Allaah and to fear Him in their gatherings, and that they do not become the cause of Allaah’s blessings being stopped.