We Have Made Some of You As a Trial For Others: will You Have Patience? -[Consolation And Encouragement]

by The Salafi Centre of Manchester | Feb 22, 2019 | Methodology - 'Manhaj', Morals and Manners - 'Akhlaaq', Pearls of Wisdom, Purification of The Soul, Worship - 'Ibaadah' 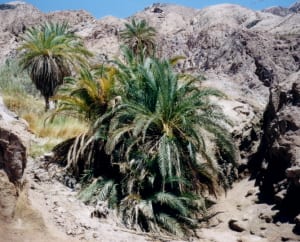 And We have made some of you as a trial for others: will you have patience?

And due to this, the poor and weak Muslims amongst the followers of the Messengers were a trial for the wealthy people and leaders. They [i.e. these wealthy ones and leaders] were prevented from accepting Eemaan after knowing the truthfulness of the Messengers. [Allaah informed us that they said]:

“Had it (i.e. the Message of the Messenger) been a good thing, they (weak and poor) would not have preceded us thereto!” [Soorah Al-Ahqaaf: Ayah: 11]

And (Allaah said that) they (i.e. disbelievers in the time of Nooh) said to Nooh:

“Shall we believe in you, when the lowest of the people follow you? (i.e. those without wealth or status in society)”

‘’Thus We have tried some of them with others, that they might say: “Is it these (poor believers) that Allah has favoured from amongst us?” [Soorah Al-An’aam: Ayah: 53]

So when a leader of high status saw that a poor person of lowly status had preceded him in belief and in following the Messenger [sallal-laahu-alayhi-wasallam], he become furious and scornful about accepting Islaam [due to not wanting] to be similar to [that poor person of lowly status].  And he says: I enter into Islaam so that I may be at the same level with this lowly one?

Az-Zujaaj [rahimahullaah] said: Perhaps a person of high status wanted to accept Islaam, but he was prevented from it so that it would not be said: ‘’someone lower than him preceded him (in Islaam);’’ therefore he remained upon disbelief and not [wanting] a Muslim to precede him in virtue.

[Allaah (The Most High) said] that the disbelievers said:

This ayah was revealed concerning the trial encountered by the idol worshippers due to the poor immigrants, such as Bilaal, khabbaab, Suhaib, Abu Dar, Ibn Mas’ood and Ammaar [radiyallaahu-anhum], for they [idol worshippers] used to say: ‘’Look at these ones that follow Muhammad and they are from our lowly ones and those under our service.”

‘’Verily! There was a party of My slaves, who used to say: “Our Lord! We believe, so forgive us, and have mercy on us, for You are the Best of all who show mercy!” But you took them for a laughingstock, so much so that they made you forget My Remembrance while you used to laugh at them! Verily! I have rewarded them this Day for their patience, they are indeed the ones that are successful.’’ [Soorah Al-Muminoon: Aayaat: 109-111]

So Allaah informed (us) that He rewarded them for their patience, just as He (The Most High) said:

‘’And We have made some of you as a trial for others: will you have patience?’’

Az-Zujaaj (rahimahullaah) said: This means: Will you not exercise patience when afflicted and indeed you know what the patient ones will receive.  I [Ibnul Qayyim] say:  Allaah [The Glorified One free from all imperfections] bounded affliction with patience in this ayah and also in His saying:  [ثُمَّ إِنَّ رَبَّكَ لِلَّذِينَ هَاجَرُوا مِنْ بَعْدِ مَا فُتِنُوا ثُمَّ جَاهَدُوا وَصَبَرُوا  -Then, verily! Your Lord for those who emigrated after they had been put to trials and thereafter strove hard and fought (for the Cause of Allah) and were patient” [Soorah An-Nahl: Ayah: 110]

There is no remedy like patience for the one put to trial! If he exercises patience, then that trial becomes a (source) of purification and rescue from sins, just as the bellows purifies gold and silver. Trials are the bellows of the hearts and the test for one’s Eemaan, and by way of it the truthful one is distinguished from the liar.  Allaah [The Most High] said:

Trials categorise the people into truthful ones and liars, believers and hypocrites, good and wicked.  So whoever exercises patience in facing trials, then this is a mercy for him and a safety from a greater trial due to his patience.  And whoever does not exercise patience in facing a trial will fall into a trial more severe than it.