Whoever Abandons What is Beneficial, He Will Be Tried With What Is Harmful

by The Salafi Centre of Manchester | Mar 8, 2019 | Morals and Manners - 'Akhlaaq', Pearls of Wisdom, Purification of The Soul 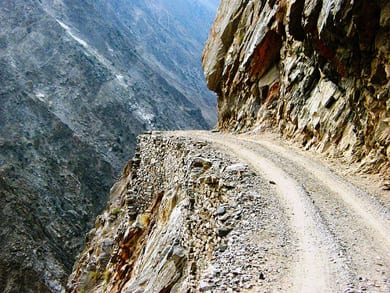 Whoever abandons what is Beneficial, He Will Be Tried with What Is Harmful

This is found in a number of Aayaat, that when the polytheists shunned the worship of Ar-Rahmaan (Allaah), they were put to test with the worship of images (idols). And when they displayed haughtiness and claimed that the Messengers were (only) humans (i.e. therefore they will not follow the Messengers), they were put to test with submission to everything that made (their) intellect and Religion unstable.

And when Eemaan was clearly shown to them (i.e. the disbelieving nations) at the first instance and they recognized it, but then turned away from it, Allaah (Glorified be He and free is He from all imperfections) averted, afflicted and sealed their hearts.  So, they did not believe until they perceived the painful punishment.

And after the straight path was clarified for them, but they deviated from it by choice and approved the path of deviation in opposition to the path of guidance, they were punished- Allaah deviated their hearts and caused them to be confounded in their path (of misguidance).

And when they forbade that Allaah’s Name be glorified and mentioned in the Mosques of Allaah and strive for their ruin, then it was not fitting after that they should enter it except in fear.

”And of them are some who made a covenant with Allaah (saying): ”If He bestowed on us of His Bounty, we will verily give Sadaqah (Zakat and voluntary charity in Allaah’s cause) and will be certainly among those who are righteous.  ”Then when He gave them of His Bounty, they became niggardly [refused to pay the Sadaqah (Zakat or voluntary charity)], and turned away, averse.  So He punished them by putting hypocrisy into their hearts till the Day whereon they shall meet him, because they broke that (covenant with Allaah) which they had promised to Him and because they used to tell lies”( 9:75-77)

The Aayaat with this meaning are numerous and in them is that the slave was close to being guided and made to follow the straight path, but then he abandoned it after knowing it, or he renounced it after following it, so he is punished and has no right to guidance.  This is a recompense for his actions, as Allaah said about the Yahood (i.e. those who knew the truthfulness of Muhammad’s (sallal-laahu-alayhi-wasallam) Messengership, but turned away from it willfully)]:

”And when there came to them a Messenger from Allaah (i.e Muhammad) confirming what was with them, a party of those who were given the Scripture threw away the Book of Allaah behind their backs as if they did not know!  They followed what the (devils) gave out (falsely of the magic) in the lifetime of Sulaymaan”.  2:101-102

They abandoned the most sublime, the most beneficial and the most truthful of the Books (i.e. the Qur’aan), so Allaah put them to test with following that which is the most debased, most untruthful, and most harmful. Those who wage war against Allaah and His Messenger abandon spending their wealth in obedience to Allaah, and (instead) spend it in obedience to shaytaan.