Akhlaaq -[i.e. Moral Character or Behaviour That Is Either Part of Natural Disposition Or Nurtured In a Person]- Has Limits

by The Salafi Centre of Manchester | Apr 6, 2019 | Morals and Manners - 'Akhlaaq', Pearls of Wisdom, Purification of The Soul 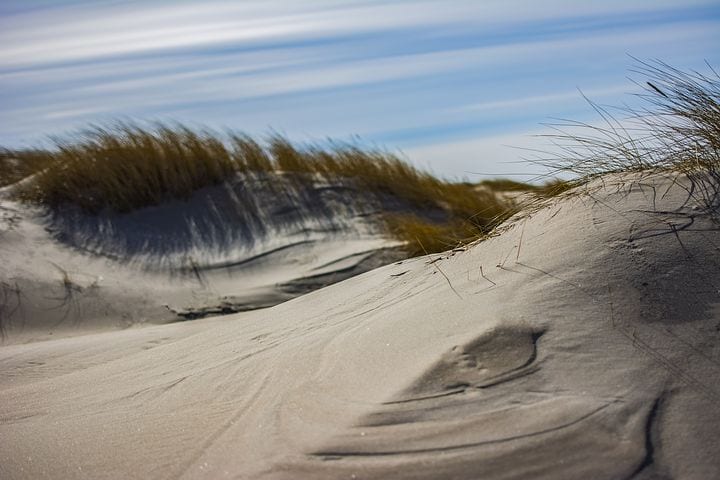 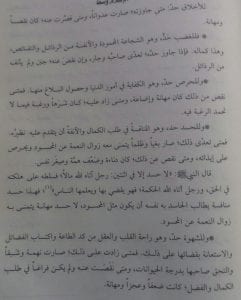 Akhlaaq [i.e. moral character, behaviour which are either part of a person’s natural disposition or nurtured in him or her] have limits. Transgression occurs when one goes beyond its limits and deficiency and humiliation occurs when one falls short.

The limits of Anger are: Praiseworthy bravery and having a dislike for despicable and deficient [behaviour etc.]. This is its perfection; but when one goes beyond its limits, the person transgresses and oppresses; and if his anger is deficient, he’ll behave in a cowardly manner and will not detest despicable [behaviour etc.].

The limits of Eagerness are: To obtain what suffices one’s [needs] in the worldly affairs and employ the [means] to reach them. Humiliation and a waste of [valuable time or opportunity] occurs when a person lacks eagerness; but when he goes beyond its limits, it leads to vehement greed and unpraiseworthy desire.

The limits of Envy are: [Praiseworthy] competition in seeking after perfection and not wanting the other competitor to excel you; [but] if a person goes beyond its limits, it leads to jealous animosity and oppression by way of which a person wishes that the one he envies is deprived of blessings and is eager to harm him. And if a person lacks [what is required of it], it leads to disesteem and a weakness in one’s ambition. The Prophet [sallal-laahu-alayhi-wasallam] said: ‘’There should be no envy except in two [people]: a person whom Allah has given wealth and he spends it in the right way, and a person whom Allah has given wisdom [i.e. religious knowledge] and he judges by way of it and teaches it to the others.”  This type of envy [necessitates praiseworthy] competition between one another and the Haasid [i.e. the one who is envious of his or her competitor] seeks -by way of it- to be similar to the one he envies, whilst not [harbouring that] despised envy which [necessitates that he] wishes that the blessings bestowed upon the envied one should cease to exist.

The limits of Desires are: [Desires are a means] of relaxation for the heart and intellect after exerting oneself in acts of obedience and seeking to accomplish virtuous deeds. However, when a person goes beyond its limits, it leads to a strong and barely uncontrollable emotion and lewdness, and thus the person descends to the level of animals. However, when a person is lacking in desire and does not [utilised it as a means] of seeking after perfection and virtue, it leads to weakness, impotence and humiliation.

The limits of Relaxation are: It gives renewed strength to the self and strengthens one’s mental ability, in order to facilitate [him with the ability] to carry out acts of obedience and accomplish virtuous deeds, and so that one is not weakened by toil and tiredness. However, when a person goes beyond its limits, it leads to unenthusiasm, laziness, waste [of time and opportunity] and many beneficial affairs of a person are missed due to that. And when a person lacks sufficient relaxation, it harms his strength and may even become enfeebled [by way of it].

The limits of Generosity are between two extremes; when one goes beyond its limits, it leads to extravagance and squander. And when a person is lacking in generosity, it leads to miserliness and tightfistedness.

The limits of Bravery: When a person goes beyond its limits, it leads to recklessness; and when a person lacks bravery, it leads to cowardice and weakness. Its limit is to take action during occasions in which such action is required and to refrain when not required.

The limits of Jealousy: When one goes beyond its limits, it leads to false accusation and [unjustified] evil suspicion against one who is free from blame. And when one lacks jealousy, it leads to heedlessness and a lack of giving importance to one’s honour.

The limits of Humility: When one goes beyond its limits, it leads to indignity and humiliation. And when one lacks humility, it leads to pride and boasting.

What gives an upright balance to all these affairs? Justice provides a precise and upright balance for [all the above-mentioned qualities] and this necessitates that a person adheres to the balanced path ordained by the Islamic legislation-the path that is free from exaggeration and negligence. All beneficial affairs of the worldly life and the afterlife are based on this; rather physical well-being cannot be achieved except by way of it, because when some of the elements of the human body are distanced from its appropriate balance -either due to exceeding its limits or falls short – it loses its well-being and strength in accordance with the degree of [this imbalance]. Likewise, when those natural acts, such as sleep, staying up late at night, eating, drinking, sexual intercourse, movement, recreation, seclusion, keeping company with the people and other than that are performed with moderation – neither being excessive nor lacking in what is required – it is regarded to be [upright, appropriate, balanced]; but when a person deviates to one of the two extremes, it is regarded to be a deficiency and will have deficient end results.

And among the most noble and beneficial sciences is the knowledge regarding the hudood [the appropriate limits], especially the divine limits-the commands and prohibitions [ordained by Allaah (The Most High) and His Messenger (sallal-laahu-alayhi-wasallam)]. The most knowledgeable people are those who have the most knowledge regarding those divine limits, hence they neither include- within those limits- that which is not from them nor remove that which is included in them. Allaah [The Most High] said:

The bedouins are the worst in disbelief and hypocrisy, and more likely to be in ignorance of the limits (Allah’s Commandments and His Legal Laws, etc.) which Allah has revealed to His Messenger. [Soorah At-Tawbah’ Aayah 97]

Therefore, the most just, balanced and upright people are those who stay within the limits of the Akhlaaq, actions and the deeds legislated in the Islamic legislation- in knowledge and practice.

[Source: An Excerpt from ‘Al-Fawaa’id page 207- 209’. slightly paraphrased]. Your feedback is welcome to improve the content of this article BaarakAllaahu Feekum