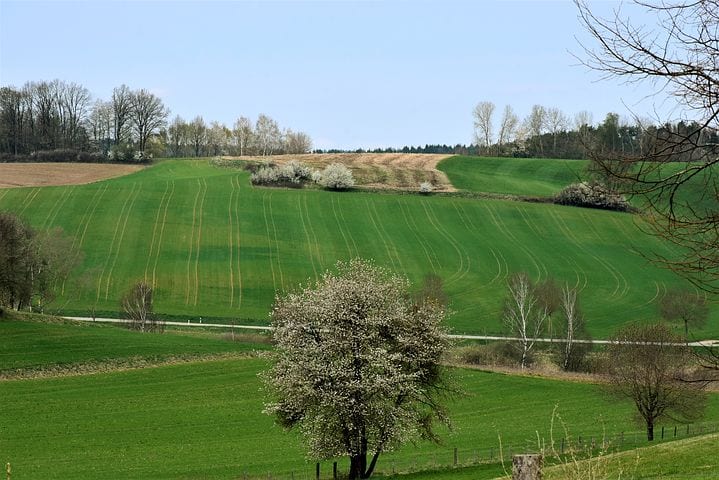 What is the first obligation? The first thing obligated on the people is to know the purpose for which Allaah created them, took a covenant from them, sent His Messengers and revealed His Books to them. And due to this Allaah created the worldly life, the afterlife, paradise and hell; and because of this Al-Haaqqah- The inevitable [i.e. the day of judgment] will surely be established and Al Waaqi’ah [The Event (i.e. the day of judgement)] will take place.  And due its events, the scales [of good and bad deeds] will be established and the scrolls of [good and good deeds] will be laid out, and there will be the wretched and the blessed.

Why Did Allaah Create Mankind and Jinn?

”And We created not the heaven and the earth and all that is between them without purpose! That is the consideration of those who disbelieve! [Soorah Saad: Ayah:27]

”And Allah has created the heavens and the earth with truth, in order that each person may be recompensed what he has earned, and they will not be wronged.” [Soorah Al-Jaathiya: Ayah:22]

”And I (Allah) created not the jinns and humans except they should worship Me (Alone).” [Soorah Adh-Dhaariyaat: Ayah:56]

What is the meaning of worship?

”Worship is a comprehensive term including everything that Allaah loves and is pleased with, including statements and deeds, apparent and unapparent.

How do we recognise that worship is beloved to Allaah and pleasing to Him?

It is recognised because Allaah sent Messengers and the revelation of the Books to command them with what Allaah loves and is pleased with; and forbid them from what Allaah hates and disdains.  And by way of this, Allaah [absolutely perfect] irrefutable proofs are established and His [absolute perfect] Wisdom is manifested.

”Messengers as bearers of good news as well as of warning in order that mankind should have no plea against Allah after the Messengers.” [Nisaa: Ayah: 165]

”Say (O Muhammad to mankind): “If you (really) love Allah then follow me (i.e. accept Islamic Monotheism, follow the Qur’an and the Sunnah), Allah will love you and forgive you of your sins. And Allah is Oft-Forgiving, Most Merciful.” [Aal Imraan: Ayah: 31]

What is sincere intention? It is (when) the person’s aim is to seek the countenance of Allaah in all his apparent and unapparent statements and actions.

”And they were commanded not, but that they should worship Allah, and worship none but Him Alone (abstaining from ascribing partners to Him).” [Soorah Al-Bayyinah: Ayah: 5]

”And have in his mind no favour from anyone for which a reward is expected in return,  Except only the desire to seek the Countenance of his Lord, the Most High.” [Soorah Al-Layl: Ayaat: 19-20]

”(Saying): “We feed you seeking Allah’s Countenance only. We wish for no reward, nor thanks from you.” [Soorah Al-Insaan: Ayah: 9]

What is the meaning of Islaam?

”And who can be better in religion than one who submits his face (himself) to Allah (i.e. follows Allah’s Religion of Islamic Monotheism). ”[Soorah An-Nisaa: Ayah: 125]

”And whosoever submits his face (himself) to Allah [i.e.(follows Allah’s Religion of Islamic Monotheism), worships Allah (Alone) with sincere Faith in the (1) Oneness of His Lordship,(2) Oneness of His worship, and (3) Oneness of His Names and Qualities], while he is a Muhsin (good-doer i.e. performs good deeds totally for Allah’s sake without any show-off or to gain praise or fame etc. and does them in accordance with the Sunnah of Allah’s Messenger Muhammad ), then he has grasped the most trustworthy hand-hold [La ilaha ill-Allah (none has the right to be worshipped but Allah)].” [Soorah Al-Luqmaan: Ayah: 22]

”And your Ilah (God) is One Ilah (God Allah), so you must submit to Him Alone (in Islam). And (O Muhammad ) give glad tidings to the Mukhbitin [those who obey Allah with humility and are humble from among the true believers of Islamic Monotheism].” [Soorah Hajj: Ayah: 34]

What is the meaning of [لَا إِله إلَّا اللَّه ]: Its meaning is: To negate worship of everything else besides Allaah, and to affirm that Allaah is one without a partner in His worship, just as He has no partner in His Dominion (over everything)

”That is because Allah He is the Truth (the only True God of all that exists, Who has no partners or rivals with Him), and what they (the polytheists) invoke besides Him, it is Batil (falsehood) And verily, Allah He is the Most High, the Most Great.” [Soorah Al-Hajj: Ayah: 62]

What is the evidence that Eemaan is belief in the heart, speech of the tongue and actions of the limbs?

”But Allah has endeared the Faith to you and has beautified it in your hearts.” [Soorah Al-Hujuraat: Ayah: 7]

”So believe in Allah and His Messenger” [Soorah Al-Araaf: Ayah: 158]

This is the meaning of the testimony ”none has the right to be worshipped except Allaah and Muhammad is the Messenger of Allaah’’, and a person cannot enter the fold of Islaam except by way of them.  It (consists) of the action of the heart in belief and speech of the tongue by way of declaration.  One is not benefited except by way of threading their path.

He (The Most High) said:

Meaning: your prayers performed whilst facing baytul maqdis before the qiblah was change.  In this ayah, Allaah referred to prayer as Eemaan, and prayer includes the deeds of the heart, the tongue and the limbs.

What is the Evidence that Eemaan increases and decreases?

‘’And We increased them in guidance. [Soorah Al-Kahf: Ayah:13]

And Allah increases in guidance those who walk aright [true believers in the Oneness of Allah who fear Allah much (abstain from all kinds of sins and evil deeds which He has forbidden).’’ [Soorah Maryam: Ayah:76]

While as for those who accept guidance, He increases their guidance. [Soorah Muhammad: Ayah: 17]

‘’And the believers may increase in Faith (as this Qur’an is the truth)’’ [Soorah Al-Muddathir: Ayah: 31]

‘’As for those who believe, it has increased their Eemaan (Faith)’’ [Soorah At-Tawbah: Ayah: 124]

And the Messenger (sallal-laahu-alayhi-wasallam) said:

“Had you always been in the same state as when you are with me, the angels would shake hands with you.  [Saheeh Muslim: Number: 2750]

[Ref 1: Shaikh Saaleh Al-Fawzaan [hafidha-hullaah] said: Everything that Allaah loves and is pleased with – the apparent actions of the limbs and the concealed deeds of the heart- are regarded as worship. And whatever Allaah is displeased with cannot be regarded as worship, even if a person wishes to draw close to Allaah by way of it.  Therefore, that which Allaah is not pleased with cannot be regarded as worship, even if the person who [performs such actions] intends good by way of it. Innovations in religion, superstition and shirk are not acts of righteousness in the sight of Allaah because Allaah is neither is Allaah pleased with them nor did He permit it. Therefore,   worship is a comprehensive term including everything that Allaah loves and Allaah neither loves disbelief, shirk innovation and newly invented matters in religion, nor is He pleased with all of that. Allaah loves that what He has legislated is acted upon and this is what worship is. http://www.salafitalk.net/st/viewmessages.cfm?Forum=6&Topic=10619