Be Warned Against Commending The People Who Hold Deviated Views!

by The Salafi Centre of Manchester | Jun 14, 2019 | Methodology - 'Manhaj', Morals and Manners - 'Akhlaaq', Purification of The Soul 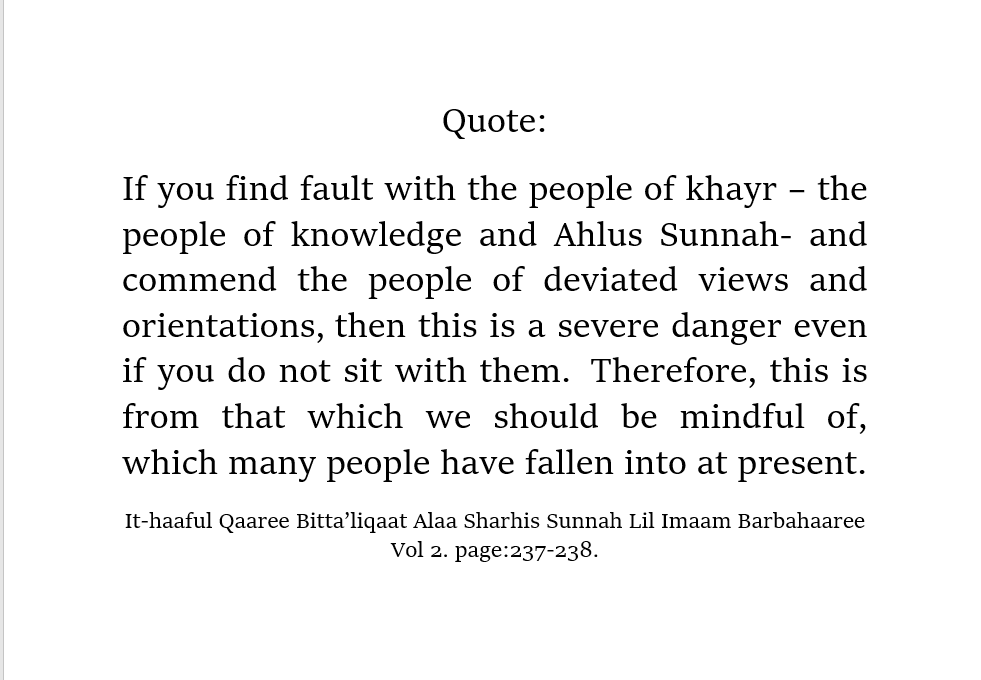 Imaam Al-Barbahaaree [rahimahullaah] said: ”If you see a man speaking well of Ibn Abee Du’aad, Al-Mareesee, Thumaamah, Abul Hudhail or Hishaam Al-Footee or any of their adherents, beware of him because he is an innovator.  These people were upon apostasy, so leave this man who spoke well of them and whomever he mentioned of them.”

‘If you see a man speaking well of Ibn Abee Du’aad, Al-Mareesee, Thumaamah, Abul Hudhail or Hishaam Al-Footee….’  Shaikh Fawzaan [may Allaah preserve him] commented on this statement of Imaam Al-Barbahaaree [rahimahullaah] as follows:

If you see a man commending the people of evil and the scholars of misguidance, such as these off shoots of the Jahmiyyah, then know that he is a sinful one, a corrupter and a misguided one. [That is] because he does not praise them except that he loves them and approves of their path. And if you see a man commending Ahlus Sunnah, such as the likes of Imaam Ahmad and Ibnul Mubaarak, and likewise commending the Scholars of the Taabi’een and those who came after them, then know that he is a person of goodness. [That is] because he commends not Ahlus Sunnah except that he loves the Sunnah and adheres to it.