by The Salafi Centre of Manchester | Jul 13, 2019 | Deviated Groups, Sects and Parties 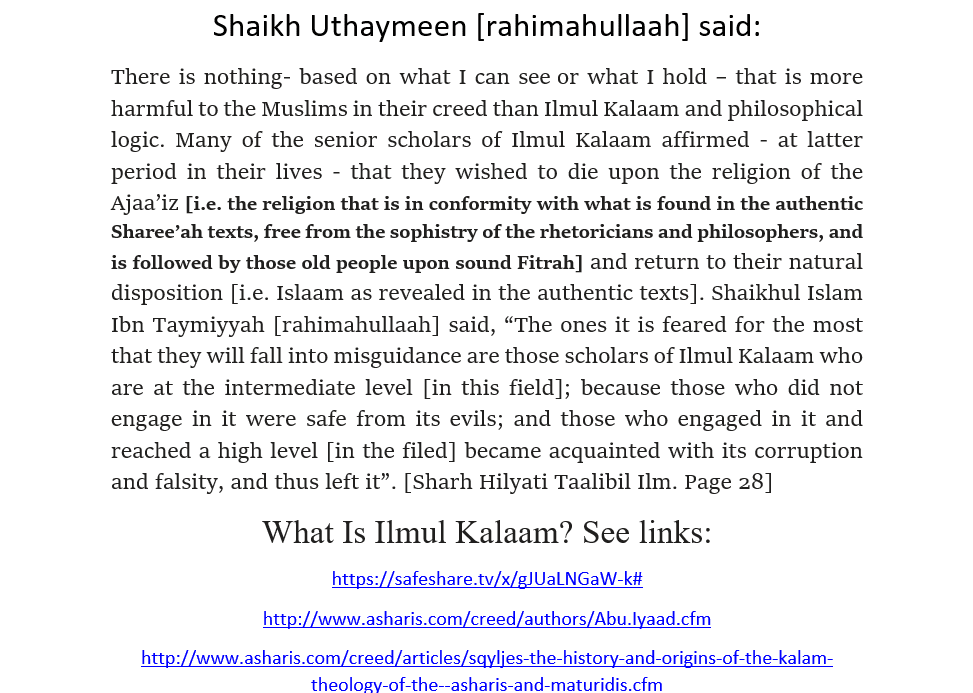 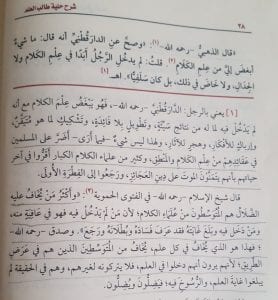 “He hated Ilmul Kalaam (ref1), even though he never entered into it due to its evil consequences- prolonged speech without benefit, the doubts it presents in affairs that are already established based on certainty, the confusion it causes and leading to abandonment of the [authentic] narrations [or transmissions]. There is nothing- based on what I can see or what I hold – more harmful to the Muslims in their creed than Ilmul Kalaam and philosophical logic. Many of the senior scholars of philosophical rhetoric affirmed – at the end of their lives – that they wished to die upon the religion that is [i.e. the religion that is in conformity with what is found in the authentic Sharee’ah texts, free from the sophistry of the rhetoricians and philosophers, and is followed by those old people upon sound Fitrah] and return to their natural disposition [i.e. Islaam as revealed in the authentic texts]. Shaikhul Islam Ibn Taymiyyah [rahimahullaah] said, ‘The ones it is feared for the most that they will fall into misguidance are those scholars of philosophical rhetoric who are at the intermediate level [in this field]; because those who did not engage in it were safe from its evils; and those who engaged in it and reached a high level [in the filed] became acquainted with its corruption and falsity, and thus left it’. He [Shaikhul Islaam] spoke the truth, for this is what is feared in every affair of knowledge. It is what is feared for the ones at the intermediate level in knowledge- those who are exploring the path [or are in the path of study], because indeed they consider themselves as ones who have entered into affairs of knowledge and do not leave the affair to others [i.e. they enter into affairs that are above their ability to deal with], whilst – in reality- they have not reached the highest level in knowledge and are not grounded; so they become misguided and misguiding others. [Sharh Hilyati Taalibil Ilm page 28. paraphrased]