Gatherings Attended By Upright Muslim Jurists to Address The Problems of The Era, Refute The Slanders Against Islaam And Give Unambiguous Clarifications

by The Salafi Centre of Manchester | Aug 31, 2019 | Methodology - 'Manhaj', Purification of The Soul, Scholars of Islam, Worship - 'Ibaadah' 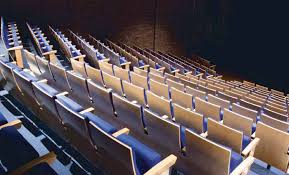 Indeed, the call to Islaam comprises of various fields and procedures. And one of its procedures is the establishment of assemblies and summits in which men of sound Islamic views and the Jurists of the Muslims meet in order to solve the problems of the era. They refute the doubts that are propagated against Islaam and the [sound Islamic] creed of the Muslims. They clarify the rulings of the Islamic religion for the people in all spheres of life that requires clarification- and how numerous are those in need of clarification-so that the people can be upon clarity in their religious and worldly affairs. This is task is carried out based on the Qur’aan and [authentic] Sunnah, so that people are removed from the darkness [of misguidance] and entered into light of [guidance]. And there is no other path of exit from the darkness of ignorance and Pre-Islamic [practices and beliefs] except by way of the understanding found in the Book and the Sunnah. This was the responsibility of the Messengers [alayhimus Salaam]- from Nuh to Muhammad. Allaah [The Most High] said:

O Prophet (Muhammad)! Verily, We have sent you as witness, and a bearer of glad tidings, and a warner; And as one who invites to Allah [Islamic Monotheism, i.e. to worship none but Allah (Alone)] by His Leave, and as a lamp spreading light (through your instructions from the Qur’an and the Sunnah the legal ways of the Prophet). And announce to the believers (in the Oneness of Allah and in His Messenger Muhammad) the glad tidings, that they will have from Allah a Great Bounty.” [33:45-47]

Allaah obligated on His Prophet to call everyone [to Islaam] and not just his people [i.e.the Arabs], for this was the case with the Messengers before him; rather the Prophet’s Message is to call all the people. Allaah [The Most High] said: [وَمَآ أَرۡسَلۡنَـٰكَ إِلَّا ڪَآفَّةً۬ لِّلنَّاسِ – And We have not sent you (O Muhammad), except to all mankind] [34:28]

This is an obligation [placed] upon the Messenger [sallal-laahu-alayhi-wasallam] and then upon his followers [Ref 1], so that they may be witnesses against all the people. [Ref 1] [Source: An excerpt from   نظام الأسرة في الإسلام (page8-9). slightly paraphradsed]

Thus We have made you [true Muslims – real believers of Islamic Monotheism, true followers of Prophet Muhammad and his Sunnah (legal ways)], a Wasat (just) (and the best) nation, that you be witnesses over mankind and the Messenger (Muhammad) be a witness over you]. [2:143]

Abu Sa’eed al-Khudriy [radiyallaahu-anhu] narrated that the Messenger of Allaah [sallal-laahu-alayhi-wasallam] said: “Nuh will be called on the Day of Resurrection and it will be said to him: ‘Did you convey [the message]?’ He will say: ‘Yes.’ Then his people will be called and it will be said to them: ‘Did he convey [the message] to you?’ They will say: ‘No warner came to us and no one came to us.’ It will be said to Nuh: ‘Who will bear witness for you?’ He will say: ‘Muhammad and his ummah.’” He said: “This is the [meaning of the statement] of Allaah: [وَكَذَٲلِكَ جَعَلۡنَـٰكُمۡ أُمَّةً۬ وَسَطً۬ا -Thus We have made you [true Muslims- real believers of Islamic Monotheism, true followers of Prophet Muhammad and his Sunnah (legal ways), a Wasat (just) (and the best) nation. [Saheeh Al-Bukhaari Number 4487]