by The Salafi Centre of Manchester | Aug 24, 2019 | Pearls of Wisdom, Purification of The Soul, Scholars of Islam 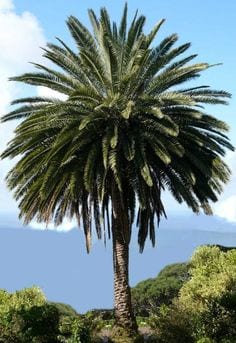 Allaah [The Most High] said: [ وَمِمَّنۡ خَلَقۡنَآ أُمَّةٌ۬ يَہۡدُونَ بِٱلۡحَقِّ وَبِهِۦ يَعۡدِلُونَ – And of those whom We have created, there is a community who guides (others) with the truth, and establish justice therewith ([7:181)] – Meaning:  And of all those I [Allaah] created, there is a virtuous community, [who strive to] perfect themselves and others. They are guided and guiding others to the truth. They know the truth and act upon it [themselves]. They make it known, call to it and [encourage others] to act on it. [وَبِهِۦ يَعۡدِلُونَ -And establishes justice therewith] between the people in their judgements- when they judge in affairs of wealth, blood [i.e. crime of murder, injury, capital punishment etc.], the rights of the people and other than that.  These ones are the leaders of guidance and the lamps that [remove] darkness.

They are the ones whom Allaah bestowed with Eemaan and righteous action. They command and recommend one another to the truth [i.e. order one another to perform all kinds of good deeds which Allah has ordained, and abstain from all kinds of sins and evil deeds which Allah has forbidden], and recommend one another to patience [for the sufferings, harms, and injuries which one may encounter in Allaah’s Cause during preaching His religion of Islamic Monotheism etc]. They are the truthful ones; whose status comes after the status of Mesengership.  They are of different levels amongst themselves-each of them in accordance with his state of [piety] and lofty status [Ref 1]. Glorified and Exalted be Allaah who bestows His special Mercy to whosoever He wills and Allaah is the Owner of great bounty. [2]

[Ref1]: Shaikh Abdullah Bukhaari [may Allaah preserve him] stated: It is obligatory to attach the Ummah to the Rabbaani Scholars- those who are well known for their goodness, steadfastness, leadership and sound advice to the Ummah, and they are those who teach the smaller affairs of knowledge before the greater affairs.  Therefore, their status must be made known amongst the people because the scholars are the inheritors of the Prophets, as reported in the narration from the Prophet [sallal-laahu-alayhi-wasallam]. Imaam Ibnul Qayyim [rahimahullaah] stated in (his) explanation of this hadith: This is from the greatest virtues of the people of knowledge. And because the Prophets are the best of the creation, so their inheritors are the best after them.  And when it is the case that everyone who is inherited from passes on inheritance to his inheritor, then the inheritors are those who take the place of those they inherit from. And none will take the place of the Messengers in propagating what they have been sent with, except the Scholars. They are the most worthy of their inheritance. [Source:المقالات الشرعيّة page 15-16]