Mobile Phone Infatuation And Breaking The Law Whilst Driving

by The Salafi Centre of Manchester | Sep 4, 2019 | Morals and Manners - 'Akhlaaq', Pearls of Wisdom, Purification of The Soul 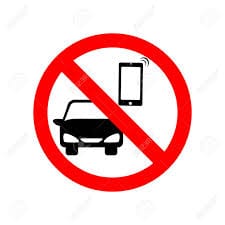 We are greatly in need of the Qur’aan, especially this era in which many people have become preoccupied with mobile phones. Many hearts have become infatuated with mobile phones and many eyes have been turned towards them – looking at them in a manner that has no benefit; rather it is harmful to one’s religion, manners, health and well-being. This reality [i.e. preoccupying oneself with mobile phones] grieves many of those who have great zeal for the religion – the sincere advisers – because it has become the case with many people; but on the contrary, the Qur’aan is given very little attention in their lives; rather late at night, different times of the day and most of their time is spent looking at them [i.e. mobile phones] – one gaze after the other; contemplation after another contemplation! And how many a person has been plotted against by shaytaan through these mobile phones.

The good uses of mobile phones is not in need of discussion [i.e. because its benefits are well known]; rather what needs to be addressed is the great calamity that has afflicted many people by way of them- to such an extent that being busied by the mobile phone leads some people to neglect the prayer. They hear the Adhaan – Hayyaa Alas Salaah; Hayyaa Alas Salaah; Hayyaa Alal Falaah…but carry on looking into the mobile phone until the prayer finishes. The time for an obligation ordained by Allaah [i.e. Salaah] to be fulfilled arrives, but one carries on looking into his mobile phone and does not pay attention to the prayer. If it is the case that the obligatory duties are being neglected, then more so other affairs will be neglected.

Therefore, we need to acquaint ourselves with the Qur’aan, especially because mobile phones have preoccupied many people in this era. Our lives would have been far better through attainment of piety and guidance if this preoccupation with mobile phones is substituted with  looking into the Qur’aan, contemplating and pondering upon it; however, we have exchanged that which is the best for something lower. [End of quote] [Ref 1]

Using a Phone Or a Sat Nav When Driving

Brothers and sisters, there is no doubt that our mobile phones can be of great use; but from what we have witnessed so far is that it has become a great source of distraction for some of us. Amazing indeed is the affair when you see a person sending text messages and constantly checking his WhatsApp messages whilst driving. One has to remember that we place ourselves and others in great danger when engaged in such a reckless deed. On the other hand, this is what the law says regarding such a deed: https://www.gov.uk/using-mobile-phones-when-driving-the-law