Hadeeth: The Example of Guidance And Knowledge With Which Allaah Has Sent Me is Like Abundant Rain Falling On The Earth 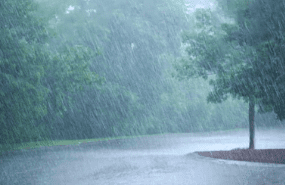 Abu Moosaa [radiyallaahu-anhu] said that Allaah’s Messenger [sallal-laahu-alayhi-wasallam] said: “The example of guidance and knowledge with which Allaah has sent me is like abundant rain falling on the earth, some of which was fertile soil that absorbed the water and brought forth vegetation and grass in abundance. [And] another portion of it was hard and held the water and Allaah benefited the people with it and they utilised it for drinking, making their animals drink from it and for irrigation of the land for cultivation. [And] a portion of it was barren which could neither hold the water nor bring forth vegetation [so that land gave no benefits]. The first is the example of the person who comprehends Allaah’s religion and benefit [from the knowledge] which Allaah has revealed through me, learns and then teaches others. The last example is that of a person who does not care for it and does not take Allaah’s guidance revealed through me. [He is like that barren land]”. [Ref 1]

Imaam Muhammad Ibnu Saalih Al-Uthaymeen [rahimahullaah] said: In this similitude, the Prophet [sallal-laahu-alayhi-wasallam] said: “The example of guidance and knowledge with which Allaah has sent me with, is like abundant rain falling on the earth”. The earth [upon which the rain fell] is of three types: The First Type of Earth: It is the earth that absorbed the water and produced abundant grass and vegetation, so the people were benefited through that. The Second Type of Earth is a Plain: It retained the water and the people benefited from it.  They utilised it for drinking and as a source of irrigation [for their crops]. The Third Type of Earth: It absorbed the water but does not produce any benefit.  This is the relationship between the people and the knowledge and guidance with which the Prophet [sallal-laahu-alayhi-wasallam] was sent with.

The First Category of People: Amongst them is one who has understanding of Allaah’s Religion. He learns and teaches- benefits the people and himself. This is similar to the earth that produces grass and vegetation, so that the people and animals eat from it.

The Third Category: The one who is not benefited by the knowledge and guidance given to the Prophet [sallal-laahu-alayhi-wasallam). He turns away and does not incline towards it.  He is neither benefited by that which the Prophet [sallal-laahu-alayhi-wasallam] was sent with nor does he benefit others. His similitude is that of the earth that absorbed the water, but does not produce anything. [Ref 2]