The Basis of Deprivation: The Heart Deprived of Fear of Allaah and Fervent Desire to Seek Allaah’s Pleasure

by The Salafi Centre of Manchester | Dec 31, 2019 | Morals and Manners - 'Akhlaaq', Pearls of Wisdom, Purification of The Soul, Worship - 'Ibaadah' 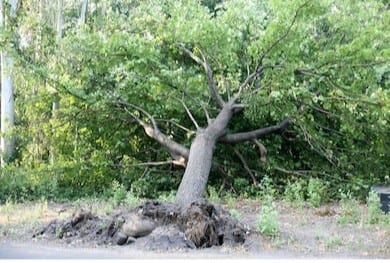 The most stupid of the people is the one who strays at the end of his journey [i.e. end of his life] even though the destination is close [i.e. his departure from this world]. The intellects that are aided with Tawfeeq -[i.e. aided with the means to sound guidance together with righteous deeds] regard the revelation- which the Messenger [sallal laahu alayhi wasallam] was sent with- as the truth that is in harmony with [sound] intellect and wisdom. The intellects that are forsaken [i.e. in misguidance] see a contradiction between Aql [sound] intellect and Naql [i.e. the affairs related to the sound creed, acts of worship, commands and prohibitions that have been transmitted in the Qur’aan and authentic Sunnah], and between [sound] wisdom and the divine ordainments.

The closest path to [attaining the Pleasure of] Allaah are: Adherence to the [authentic] Sunnah and to restrict oneself  to it- internally [i.e. in one’s heart, mind etc], externally [i.e. by way of deeds]; to be in a state of constant need of Allaah and desiring His Countenance alone through speech [of the tongue] and deeds [of the limbs]. No one has ever attained Allaah’s [Pleasure, Guidance etc] except through these three affairs, and no one has been prevented from [attainting Allaah’s Pleasure, Guidance etc], except due to being separated from these three affairs or one of them.

The basis upon the happiness [success, wellbeing etc] of a person [in this worldly life and Afterlife] are three, but each of them has its opposite; so whoever is deprived of one of them, he will encounter its opposite: Tawheed [Islamic Monotheism] and its opposite is Shirk [associating partners in worship with Allaah]; the [authentic] Sunnah and its opposite Bidah [i.e. innovation in religious affairs], obedience [to Allaah and His Messenger] and its opposite is disobedience. These three affairs [i.e. Tawheed, the authentic Sunnah and obedience (to Allaah and His Messenger)] are opposed by one thing and that is: The heart being deprived of Ar-Raghbah Fillaah Wa Feemaa Indahu, Wa Minar Rahbah Minhu Wa Mimmaa Indahu [i.e. the heart deprived of the fervent desire to seek Allaah’s Pleasure through acts of obedience and hoping for Allaah’s reward, and deprived of fear of Allaah and the reward Allaah has kept for those who feared Him]. [Al-Fawaa-id page 167]