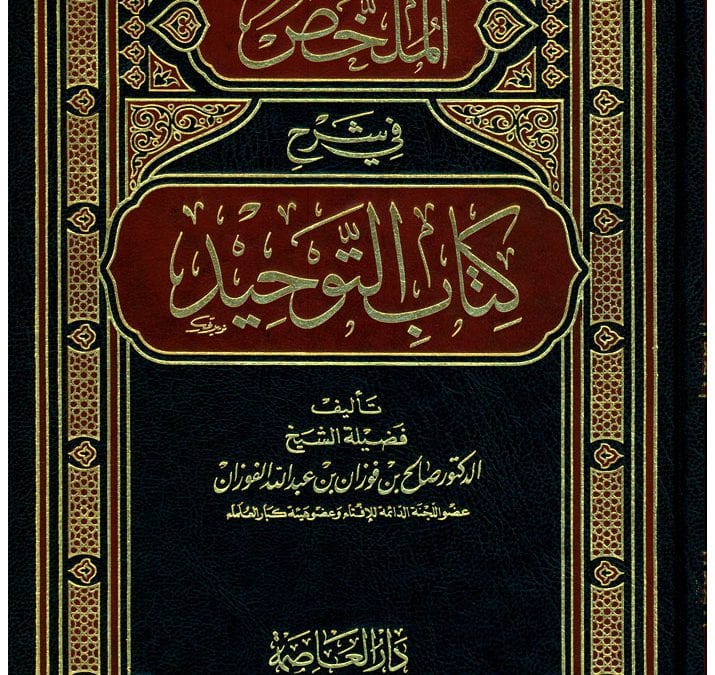 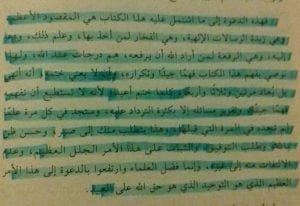 The Shaikh [may Allaah preserve him] stated that the call [i.e. subject matter] embodied in this book is the greatest goal [i.e. the greatest goal one must accomplished for it was the purpose behind which Allaah created Jinn and Mankind]. It is the essence of the divine messages [i.e. Allaah’s messages to mankind and jinn via His Messengers]. It is a source of glory [or honour] for the one who holds fast to it [i.e. by acting upon what it commands and keeping away from what it forbids], knows [the facts about what it affirms and what it negates] and calls to it. It is [means] of elevation for the one whom Allaah wants to elevate and they are in varying grades in the sight of Allaah. So, due to this we advise that this book be understood properly and repeated. One should not think that he has studied and finished it, rather it should be repeated twice, thrice or four times- repeating it again whenever he completes it. That is because he will not be able to understand it properly and acquire a clear and firm [understanding of the issues discussed in it], except by repeating it many times. He will find knowledge which he did not know previously every time he repeats it. This requires that you exercise patience- having a good suspicion of Allaah [i.e. that Allaah will help you in your efforts]; asking Allaah to grant you Tawfeeq [i.e. the ability to learn and act]; to be steadfastness upon this lofty and great affair, and that you do not turn your attention to other than it; rather the scholars give precedence [to this affair] and arise [i.e. with dedication and enthusiasm] with the call  to this great affair, which is Tawheed – the right of Allaah upon His slaves. [Paraphrased]