Scholarly Observations On Some Groups, Organisations And Figureheads of Bidah 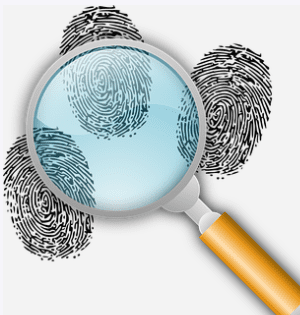 Shaikh Rabee Bin Haadee Al-Madkhalee [may Allaah preserve him] stated: Indeed, from the most severe of afflictions and trials upon Islaam and the Muslims in this era, is the appearance of a group claiming to be upon the methodology of Ahlus Sunnah Wal-Jamaa-ah, but unfortunately this group does not act except in opposition to this methodology and its people- openly at times and behind veils at other times.

And indeed this group has placed a heavy burden upon its shoulders, and that is its defence of the people of innovation and misguidance.  They author books in this regard and decorate statements for it; and they spread such defence in the world under the slogan of justice and equity or the methodology of Al-Muwaazanah. [Ref A]

Alongside concealing themselves with the Salafi Methodology, they are not seen to give it importance except with respect to what they utilize to deceive those deceived by them, or (what they utilize as) garments of salafiyyah in order to bring the people to their corrupt partisan organization, (and in order) to kill their love for the Salafi Methodology, the call to it, defence of it, and traversing upon the methodology of the pious predecessors with the (correct) loyalty and disownment and being warned against the people of innovation.

So they divert a great deal of people from the true methodology and the truthful alliance for it, and (direct them) towards that passionate alliance to the people of innovation and defence of them, their innovations and falsehoods, or playing down their innovations to the extent that it leads them to the station of the extreme murji-a with regards to their views towards the major innovations and great affairs of opposition to the true religion of Allaah.

And due to this, hatred has occurred from them towards the carriers of the Sunnah and the salafi methodology; and they set up those who present their mistakes which have neither been criticized by a Sunni nor an innovator from amongst those who ascribe themselves to Islaam. They present these mistakes as mighty affairs of blunder and destruction; rather they make the virtues and merits of ahlus Sunnah to be repugnant and disdainful in addition to much fabrication and accusation.

So with these disgraceful deeds they perpetrate, they are from the severest in war against the salafi methodology and its people; the severest in their opposition to the salafi methodology and its people; the most intense in their defence of the groups of innovation and trials.  They have authorships in this regard and from them: The many authorships of Abdur-Rahmaan Abdul Khaaliq who carries the responsibility of this destructive orientation. [source: Bayaanu Fasaadul Mi’yaar; Hiwaar ma-a hizbiy mutasattir; page: 5-6]

Shaikh Saaleh Aala Ash-Shaikh [may Allaah preserve him] said: As for Ikhwaan Al-Muslimeen, from that which is the most manifestly evident of dawah with them is that they conceal, disguise, change colours and get close to the one they believe will benefit them and not making known their true reality. The reality of the affair is hidden and amongst them is one who mingles with some of the scholars and the mashaa-yikh for a long time and he (the scholar or shaikh) knows not their reality. He makes manifest a statement but hides the opposite; he does not say all that he has with him. [Al-Fataawaa Al-Muhimmah Fee Tabseeril Ummah: page:180]

Shaikh Saaleh Aala Ash-Shaikh also said:  They warn against those who refute them [i.e. without justification]. If they see an individual amongst the people who knows about their methodology and path and begin to refute them, and warns the youth from affiliation to repugnant partisanship, they begin to warn against him through different ways; sometimes accusing him, sometimes telling lies about him and sometimes charging him with things he is free from, whilst knowing that to be a lie. Sometimes they pursue his mistakes and vilify him; and they inflate that so as to prevent the people from following truth and guidance. [Al-Fataawaa Al-Muhimmah Fee Tabseeril Ummah: page:181]

Imaam Albaani (rahimahullaah) said: ”He (i.e. Sayyid Qutub) does not possess an understanding of Islaam based on its (sound) fundamental principles and subsidiary issues.” [2]

Imaam Muhammad Ibn Saaleh Al-Uthaymeen (rahimahullaah) said: ”Shaikh Abdullaah Duwaish and Shaikh Rabee have observations on Sayyid Qutb’s Tafseer, so whoever wants to refer to (those observations) can do so.” [3]

Al-Allaamah Saaleh Al-Luhaydaan (may Allaah preserve him) said: ”The books of Sayyid Qutb are filled with affairs that are in opposition to (sound) Islamic Creed.” [4]

Al-Allaamah Rabee Bin Haadi (may Allaah preserve him) stated after mentioning a few books of sayyid Qutub: ”They gather the major innovations in them.” [5]