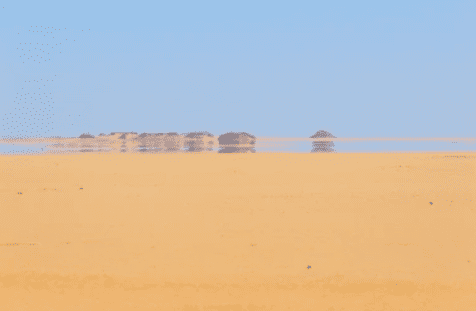 Question to Shaikh Saaleh Al-Fawzaan [hafidhahullaah]: Is it correct that the first to innovate the Madhab of the Raafidah was Abdullaah Ibn Saba the Yahoodee?  Response: Yes, without a doubt. The Raafidah or the Shiites in general are of two types: The Shiites from the fire worshipers and the Shiites from the Yahood….they hide behind Islaam in order to corrupt it. The Yahood plotted through Abdullaah Ibn Sabah and the first affair he began with was to ignite fitnah against Uthmaan [radiyallaahu-anhu].  Listen to here: https://safeshare.tv/x/krhxTksllR

Question: Our Shaikh (may Allaah preserve you); the questioner says: What is the ruling on the common people of the Rawaafid (shia) and how do we deal with them?

Answer: The questioner differentiates between the common people and other than them. This is a good approach.  The common people who neither speak ill of the wives of the Messenger of Allaah [sallal-laahu-alayhi-wasallam] nor do they make Takfeer of the Sahaabah [radiyallaahu-anhum], nor do they believe that the Qur’aan is distorted; but they have some Rafd [i.e. beliefs of the raafidah] and some hatred for the Sahaabah without making Takfeer of them and what is similar to [these deeds]; then these ones are misguided innovators and we do not declare them disbelievers.

And whoever joins their heretics in pronouncing Takfeer against Muhammad’s [sallal-laahu-alayhi-wasallam] Sahaabah; speaking ill of the wives of the Messenger of Allaah [sallal-laahu-alayhi-wasallam] and the filthy belief that the Qur’aan has been distorted, and that there is an addition and deficiency in it, then this [person] is a Kaafir [disbeliever]- similar to the disbelievers of the Yahood and Nasaaraa. There is no differentiation between their common people and their scholars [in this affair].

Question: How do we deal with them? Answer: If dealing with them is with regards to a worldly affair—business transactions and what is similar to that— it is permissible to trade with a Yahoodi, a Nasraani and a Raafidee. However, as for co-operating with them in the affairs of religion, then never. [Allaah (The Most High)] said: [وَلَا تَعَاوَنُواْ عَلَى ٱلۡإِثۡمِ وَٱلۡعُدۡوَٲنِ‌ۚ -Do not help one another in sin and transgression][5:2] Rather their scholars and callers are boycotted and they are warned against. [Source: الذريعة إلى بيان مقاصد كتاب الشريعة] [ Vol 3. Page: 595]

The Shia Raafidah And Taqiyyah

Al-Haafidh Ibn Hajr (rahimahullah) said: It (Taqiyya) is to be careful of making known to others what is in the heart with regards one’s creed or other than it. [End of quote: Fat-hul baaree 12/314]

According to the raafidi Kulayni, one of their leaders said, “Taqiyyah is from my religion and the religion of my forefathers, and there is no Eemaan for the one who does not have Taqiyyah”. [Al-Kaafi 2/219]

The raafidah consider this Taqiyya to be of lofty virtue and high station in their religion. Kulayni also said in Usool Al-kaafee (the main book containing their heretical and polytheistic beliefs) that nine- tenths of (their) religion is based on Taqiyya and one cannot be (ascribed to the raafidah religion) if he has no Taqiyya. [Usool Al-kaafee 2/217]

Beware of the deceitful political partisans

Some of the deceitful political partisans-those who have been blinded by corrupt political ambitions and love of leadership-seek to confuse the general masses or the least they try to dilute and destroy the correct stances obligated on a Muslim to employ against the heretical raafidah. So some of these deceitful political partisans say that Taqiyya is not something specific to the raafidah, rather it is something established in the religion of Islaam. However, these satanic forces of deceit amongst the deceitful political partisans do not give the full details regarding the differences between the satanic Taqiyya employed by the heretical raafidah and the Taqiyyah permitted in the pure Islamic legislation. They do not make known the fact that the legislated permissible Taqiyya is a concession and not a conviction in one’s faith, as Mu-aadh Ibn Jabal (radiyallaahu anhu) said: “Taqiyya was (employed by the believers at the time when) Islaam was new and before the Muslims gained authority; but as for today, Allaah has strengthened Islaam and the (believers) do not fear their enemies.” [For further details see Tafseer Al-Qurtubi 4/57]

Therefore, this Taqiyya (i.e. being careful of stating one’s true belief and fear of manifesting it to an aggressive opponent due to fear of being murdered or afflicted with great harm) is employed whilst dealing with the oppressive tyrannical disbelievers and not with the believers. Imaam Tabari (rahimahullah) said: “The Taqiyya mentioned in this Ayah [i.e. soorah Aali Imraan: Ayah: 28] is a Taqiyya (employed with) those disbelievers (who are tyrants) and not other than them”. [Tafseer At-Tabari 3/153].

Taqiyyah is not permissible except out of fear of being killed, lacerated or (afflicted) with great harm. So whoever is forced to utter disbelief, then what is correct is that he remains firm and does not respond by uttering a statement of disbelief; but it is permissible to do so (as a concession whilst his heart is firm upon Imaan and not in agreement with what he has uttered due to being forced). [For further details see Tafseer Al-Qurtubi 4/57]

As for the Taqiyya employed by the raafidah heretics, then all of it is the opposite of what the pure Islamic legislation permitted; rather they hide their disbelief from the common Muslims-especially in those Muslim lands in which the Muslims are well aware of their polytheistic practices and wicked beliefs-whilst showing that they are in agreement. That is because if they manifest the filthy, wicked and vile beliefs they hold about the Sahaabah etc, every sane Muslim will boycott them. However, some of the deceitful political partisans come along and utter half-truths in order to deceive the Muslims and achieve their corrupt political ambitions.

Al-Mu’ghee’rah Bin Sa’eed- What do the scholars say about this heretic?

Ibn Adee [rahimahullaah] said: ‘There was none in Kufa more cursed than Al-Mughee’rah Bin Saeed due to the falsehood he narrated about Ali [radiyallaahu-anhu].  He was always telling lies about the family of the Prophet [sallal-laahu-alayhi-wasallam] and he had no chain of narration for what he narrated.’ Al A’mash [rahimahullaah] asked the heretic Al-Mugheerah Bin Saeed, ‘’Did Ali [radiyallaahu-anhu] use to give life to the dead?’’  He replied, “By the One in whose hand my soul is, had Ali wished, he could have brought Aad and Thamud back to life.’’

AbuBakr Bin Ayyaash [rahimahullaah] said: I saw Khaalid Bin Abdillaah Al Qasree [an Umayyad governor in Iraq] when he approached Al-Mughee’rah Bin Saeed and his followers; then he [Khaalid] killed a man amongst them and said to Mughee’rah, ‘’Bring him back to life’’, because Mugheerah used to hold that he can give life to the dead.  So, Al-Mugheerah said, ‘’I swear by Allaah! I cannot give life to the dead.’’  Khaalid ordered that grass be brought to kindle a fire; then he said to Al-Mugheerah, ‘’Enter it’’, but he refused.  Then a man amongst Al-Mugheerah’s companions rushed into the [fire] and burnt completely. So khaalid said to Al-Mugheerah, ‘’Wallaahi, he is worthier of leadership than you”. Thereafter, he [khaalid] killed Al-Mugheerah and his companions.

Imaams of the Sunnah say about him?

Al-Khateeb [rahimahullaah] said: I heard Abdul Waahid Bin Ali Al-Asadee [rahimahullaah] saying: Ishaaq bin Muhammad An-Nakha’ee was upon a filthy school of thought, and he said that Ali [radiyallaahu-anhu] is Allaah [The Mighty and Majestic].

These are some of the fairy tales [or superstitions] and lies of the Raafidah and [none] can protect you from these falsehoods except Allaah [Glorified be He and free is He from all imperfections]. Therefore, you should hold fast to the Book [of Allaah] and the [authentic] Sunnah of His Messenger [sallal-laahu-alayhi-wasallam], and Allaah guides whomsoever He pleases to the straight path.

And do not think that these fairy tales [or superstitions] have ceased and decreased, [rather] due to these fairy tales, the Raafidah of Iran are still waiting for the emergence of Muhammad Bin Al-Hasan Al-Askari. (2)

(1) Al-Hasan Bin Yahyaa An-Nawbakh-tee (rahimahullaah) should not be confused with Hasan ibn Musa An-Nawbakhtee who was a Shia writer. (2) They claim that this Hasan Al-Askari is hiding in a tunnel waiting to emerge.  We’ll see the falsity of this claim Inshaa-Allaah.

The Saba’iyyoon hiding Themselves in Islaam

The Saba’iyyoon are the companions of Abdullaah Bin Saba, who said to Ali, “You are; you are”; meaning, “You are the deity”. Haafidh Adh-Dhahabi [rahimahullaah] said: Abdullaah bin Saba was from the extremists amongst the heretics- misguided and misguiding others.   Ibn Asaakir [rahimahullaah] said: He [Abdullaah Bin Saba] was originally from Yemen; a Yahoodi who manifested Islaam [i.e. showed that he was a Muslim], travelled around the Muslim lands to turn them away from obedience to their leaders and to bring about evil between them, and he entered into Damascus for that reason.

Abu Ya’laa [rahimahullaah] reported in his Musnad from Al-Jalaas who said, ‘’I heard Ali [radiyallaahu-anhu] saying to Abdullaah Bin Saba, ‘’Indeed, there will be thirty liars at the approach of the hour”, and you are one of them. Abdullaah bin Saba had followers and they were called the Saba’iyyoon.  They believe that Godhead is with Ali [radiyallaahu-anhu].  And indeed Ali [radiyallaahu-anhu] burnt them with fire during his Khilaafah. And do not think that the followers of Abdullaah Bin Saba have perished, [rather] there is that leader of misguidance -khumeini, who displays jealousy for Islaam, yet he destroys its pillars. And some of the ignorant ones amongst the Ikhwan al- Muslimoon were deceived by Khumeini, and they used to mention him on the pulpits; but when the Book titled: ‘Jaa’a Dawrul Majoos’ came out, they were shaken. They keep quiet and did not praise Khumeini [anymore]. Perhaps the Muslims will take a lesson from the story of Abdullaah Bin Saba and be warned against the machinations [or secret plots] and filth of the Raafidah, because their call is based on deception. [An Excerpt from Ilhaadul Khumeini Fee Ardil Haramayn. Pages 125-140.slightly paraphrased]

Similarities Between Raafidah, Deviated Yahood and Nasaaraa [i.e. those Nasaaraa and Yahood who innovated in the message of Eesaa alayhis salaam], distoeted and substituted it

1: The nasaaraa innovated many religious holydays. Likewise, the raafidah (innovated the religious holidays) for the days when Umar and uthmaan were murdered. 2: The nasaaraa make pictures of Eesaa and Maryam (alayhimas salaam) and place them in their churches. They exalt them and prostrate to them. Likewise, the raafidah make pictures of their imaams–they exalt them; rather they make sujood to them and to their graves… [An Excerpt from ‘Man Hum Irhaabiyyoon, Ahumus Safiyyoon Aw Rawaafid: pages 20 onwards. Slightly paraphrased]

Aashooraa: [Salafis Are Innocent of Raafidah Shiites, Khawaarij (ISIS and Their Ilk), Proponents of Corrupt Unity And False Analysis of Militant Secularist]

The Devil’s Deception Of The Raafidah Shi’ah