Death – The Destroyer of All Pleasures of The Dunya!

by The Salafi Centre of Manchester | Feb 22, 2020 | Pearls of Wisdom, Purification of The Soul, Worship - 'Ibaadah' 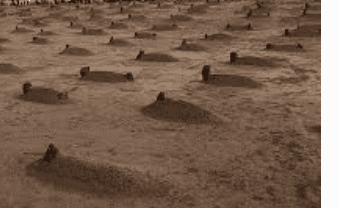 ‘’Wheresoever you may be, death will overtake you even if you are in fortresses built up strong and high!’ 4:78

‘We have decreed death to you all, and We are not unable. To transfigure you and create you in (forms) that you know not.   And indeed, you have already known the first form of creation (i.e. the creation of Adam), why then do you not remember or take heed?’56:60-62

‘He is the Irresistible, Supreme over His slaves, and He sends guardians (angels guarding and writing all of one’s good and bad deeds) over you, until when death approaches one of you, Our Messengers (angel of death and his assistants) take his soul, and they never neglect their duty.’ 6:61

Brothers and sisters (may Allaah preserve us upon the Sunnah and grant us a good end…Aameen). Indeed death is a harsh and fearful reality faced by everyone who lives.  No one has the power to avoid it, nor does anyone around the dying person have the ability to prevent it.  It is something which happens every moment and is encountered by the old and the young, the rich and the poor, the strong and the weak.  They are all the same in that they have no plan or means of escaping it, no power, no means of intercession, no way to prevent it, nor to delay it, which shows that indeed it comes from One having tremendous power-so that the human is helpless in this regard and can only submit to it.  People die every day, but when someone close to us dies the shortness of this worldly life becomes a more manifest reality and less attention is given to the worldly aspirations. This is the way it should be whether someone dies or not, in order that we may make more effort in preparing for the meeting with our Lord.  Let our gatherings be that of remembrance of Allaah and the aakhirah, ilm and advice towards that which increases the slaves in taqwah.   The Messenger (sallal-laahu-alayhi-wasallam) said: ‘’Make much remembrance of the destroyer of pleasures, it is death.  And let us not be deceived by this worldly life and its glitter.

”O you who believe! Let not your properties or your children divert you from the remembrance of Allaah.  And whosoever does that, then they are the losers.   And spend (in charity) of that with which We have provided you, before death comes to one of you and he says: “My Lord! If only You would give me respite for a little while (i.e. return to the worldly life), then I should give Sadaqah (i.e. Zakaat) of my wealth, and be among the righteous [i.e. perform Hajj (pilgrimage to Makkah)].  And Allaah grants respite to none when his appointed time (death) comes. And Allaah is All-Aware of what you do.” [63:9-11]

‘The mutual rivalry for piling up of worldly things diverts you, until you visit the graves (i.e. till you die).  Nay! You shall come to know!  Again, Nay! You shall come to know!  Nay! If you knew with a sure knowledge (the end result of piling up, you would not have occupied yourselves in worldly things)  Verily, You shall see the blazing Fire (Hell)!  And again, you shall see it with certainty of sight!  Then, on that Day, you shall be asked about the delight (you indulged in, in this world)!’ 102:1-8

Brothers and sisters! There is no cure for death. A cure for cancer exists, a cure for AIDS exists and a cure for every other disease exists, except death. The Messenger of Allaah (sallallaahu alayhi wasallam) said: ‘Allaah has not created a disease except that He has created a cure for it, except for a single disease… old age’

Death is that harsh reality which is faced by every human who lives. It is the one thing which we will all experience – be we men, women, Muslims, Christians, Blacks, Whites or any other type of person on this earth. It is something which does not discriminate. It is that long journeys end by which the righteous will benefit from, and the unrighteous will suffer from. It is the return to the One who has created this phenomenon so that He, may judge us all for what we have done, as He says in His book:

However, death is no longer remembered amongst mankind, unless a relative or a loved one passes away. And even then, tears are shed for a brief time before we forget again about this reality. How many people has this state of forgetfulness caught unaware? Some of us believe that we will die according to the life expectancy of our nation, which the statisticians give us. We believe that it is something which will only hit us when we are old and frail. We see it as something far off in the horizon, which will not touch us for a long time to come. But whilst we enjoy the pleasures and comforts of life, death comes ever nearer to the soul. It creeps up on us like a shadow in the night, when we least expect it.

It is something which is in the hands of Allaah.  Ever since the advent of time, people have sought to ‘cheat death’. However, this unachievable feat was something which was first inspired by Iblis, the Devil. In the Qur’an we find the story of the father and mother of humanity, Adam and Hawwa (Eve). Allaah informs us how He placed these two beings in the gardens of Paradise when they were created. In these gardens Allaah let them taste of any tree they wished to, except for one tree which He specifically forbade them from. Iblis then came to them and was the first of creation to initiate this quest for immortality:

‘Then shaytan (devil) whispered suggestions to them both … he said; ‘Your Lord only forbade you this tree so that you don’t become Angels or of those who live forever”‘ (Surah Al- A’raaf 7:20)

We can thus see how this quest to cheat the command of Allaah, is truly a devilish deception which has confused humanity. Even after this event which occurred at the dawn of time, many people still believed that they could achieve eternal life on this earth.

The Ancient Egyptians and Chinese are two classical examples of this. Both of these cultures had been blessed by Allaah with many favours, yet they still chose to try and avert His command. The Egyptians, who had their kings and queens wrapped up, believed that this was the way that they could preserve their bodies and one day come back to life.

Whilst it is true that the wrapping up of these people has preserved their bodies, who can say that their souls have also been preserved after Allaah had taken them out? And how did these people eventually turn out? After their ‘sacred’ tombs had been raided from the 19th century onwards, they are now stuck in different museums all over the world, being viewed by thousands of people each day as common entertainment on a day out.

With the ancient Chinese, they too had themselves, their riches and hundreds of clay soldiers buried with them so that they could return once again to rule the Earth. When the Forbidden City in Beijing, China, was unearthed and opened, such dreams of immortality went flying out of the window.

Such ancient dreams of living forever have been continued into the modern age. People believe that modern technology can find for them a cure for death. Death is ridiculed as being a mere fantasy, with the character of the grim reaper being something used only to scare the children with.

Thus millions are spent on preserving people’s bodies after they die (by freezing them) and they hope that a cure will one day be found which will bring them back to life. The famous cartoonist Walt Disney is one such example of this. Others like the singer Michael Jackson have been known to do ridiculous things such as sleep in an oxygen chamber (with his pet chimp Bubbles!) so that he can enhance his life and live forever. Such dreams are spurned by the wealth which these people have amassed. But it is as Allaah (The Most High) said:

‘He thinks that his wealth will make him immortal. No! But indeed he will be thrown into the crushing Fire'(Surah Al-Humaza 104:3-4).

This is the reality of what will happen to all those who think that they can buy their way out of death.    Allaah (The Most High) said:

‘Say (O’ Muhammed); ‘Indeed the death from which you flee will surely meet you. Then you will be sent back to (Allaah), the All-knower of the unseen and the seen, and He will tell you what you used to do’ (Surah Al-Jum’ah 62:8)

This life and all its desires and pleasures will indeed be cut off by death.  And which desire can be greater, than the false desire which all these people have of living forever on this earth.   So how does Islam view this reality? As Muslims we have been told by our Messenger (sallallaahu alayhi wasallam) that this world is a transitionary period. The Prophet (sallallaahu alayhi wasallam) said: ”Live in this world as if you are a stranger or a traveller”.’ This life is not meant to be an abode of settlement by which we gather all the pleasures possible and make plans for a permanent residence. Rather, it should be like a long journey on which we gather all that we need to get to our destination. This destination being the Hereafter and death the journeys end.

A Tremendous Supplication in which we ask Allaah for life as long as it is good for us, as well as many other affairs of wellbeing in this Dunyaa and Aakhirah

O Allah! By Your Knowledge of the unseen and by Your Power over creation, let me live if You know that life is good for me, and let me die if You know that death is good for me. O Allah! I ask You to grant me (the blessing of having) fear of You in private and public; and I ask you (to make me utter) a statement of truth in times of contentment and anger; and I ask You for moderation (i.e. neither miserly nor extravagant) when in a state of wealth and poverty; and I ask you for blessings that never ceases; and I ask You for the coolness of my eye (i.e. finding pleasure in obedience to You, love of You etc) that never ends. I ask You (to make me pleased) after (Your) decree and I ask You for a life of (ease, comfort, tranquillity etc) after death. I ask You for the delight of looking at Your Face (i.e. in the Hereafter) and the joy of meeting You without any harm and misleading trials (coming upon me). O Allah! Adorn us with the adornment of Eemaan, and make us (from those who are) guided and guiding (others). [Ref 2] https://salaficentre.com/2020/01/beneficial-reminders-from-a-supplication-ask-allaah-to-let-you-live-or-depart-from-this-world-as-long-as-that-is-good-for-you/

[Ref 1]: [An Excerpt from an article in the following