by The Salafi Centre of Manchester | Feb 17, 2020 | Da'wah - Calling To Islam, Morals and Manners - 'Akhlaaq', Pearls of Wisdom, Purification of The Soul, Worship - 'Ibaadah' 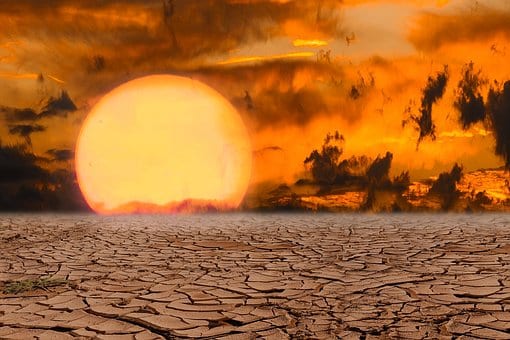 Many similar ways [and mishaps of life] were faced by nations that have passed away before you, so travel through the earth, and see what was the end of those who disbelieved. [3:137]

Imaam Ibnul Qayyim [rahimahullaah] said: Indeed there were nations like yourselves before you, so look to their evil end.  You have to know that the cause of that [i.e. their evil end] was due to their disbelief in the revelations of Allaah and disbelief in Allaah’s Messengers.  They were the ancestors and you are the descendants. The main affair that connects [you to each other] is your disbelief and the ruling on that [disbelief] is destruction. [Source: I’laam Al-Muwaqqi-een: 1/181] [End of quote]

If it is said: what is the benefit in narrating to us the stories of the destroyed nations, despite the fact that this Ummah will not be completely destroyed in a manner similar to the destruction of the previous nations before it?

The Answer: Indeed, this has two benefits: The first (benefit): A clarification of Allaah’s blessings upon us that (the occurrence of a) complete destruction is removed from us, and that were it not for Allaah’s Benevolence we would have been deserving of it.

Secondly: The likeness of the punishment they (received) may occur in the hereafter for the one who did what they did, if punishment was not received in the worldly life. And this may be understood from the statement of (Allaah): ”Such is the Seizure of your Lord when He seizes the (population of) towns while they are doing wrong. Verily, His Seizure is painful, and severe. Indeed in that (there) is a sure lesson for those who fear the torment of the Hereafter.” So what is apparent from (this ayah) is that what is similar to the punishment (they received) will happen in the Hereafter, and Allaah knows best. [Source: Al-Muntaqaa Min Fawaa-idil Fawaa-id 123-124 – Imaam Muhammad Bin Saaleh al-Uthaymeen (rahimahullaah)]

As for ‘Aad, they were arrogant in the land without right, and they said: “Who is mightier than us in strength?” See they not that Allah, Who created them was mightier in strength than them. And they used to deny our Ayat (proofs, evidences, verses, lessons, revelations, etc.)! [41:15]

Besides their disbelief in Allaah, their wilful denial of Allaah’s Aayaat (proofs, evidences, verses, lessons, revelations etc) and Allaah’s Messengers, they were also arrogant (or haughty) in the earth. They overpowered and oppressed those who lived in the surrounding areas, for indeed they were self-amazed with their strength. [Allaah informs us that they said]: [مَنۡ أَشَدُّ مِنَّا قُوَّةً‌ۖ    – Who is mightier than us in strength?].  Allaah stated –in reply to this statement of theirs-:أَوَلَمۡ يَرَوۡاْ أَنَّ ٱللَّهَ ٱلَّذِى خَلَقَهُمۡ هُوَ أَشَدُّ مِنۡہُمۡ قُوَّةً۬‌ۖ-See they not that Allah, Who created them was mightier in strength than them]; that is because if Allaah did not create them they would not have existed, and had they contemplated on this –with a sound contemplation- they would not have been deceived by their strength; so  Allaah punished them with a punishment that was equal to that strength (of theirs) by way of which they were deceived. [Allaah said]:

So We sent upon them furious wind in days of evil omen (for them) that We might give them a taste of disgracing torment in this present worldly life, but surely the torment of the Hereafter will be more disgracing, and they will never be helped. [41:16] [Source: An Excerpt from Tayseer Al-Kareem Ar-Rahmaan Fee Tafseer Kalaam Al-Mannaan- by Imaam As-Sadi (rahimahullaah). slightly paraphrased]