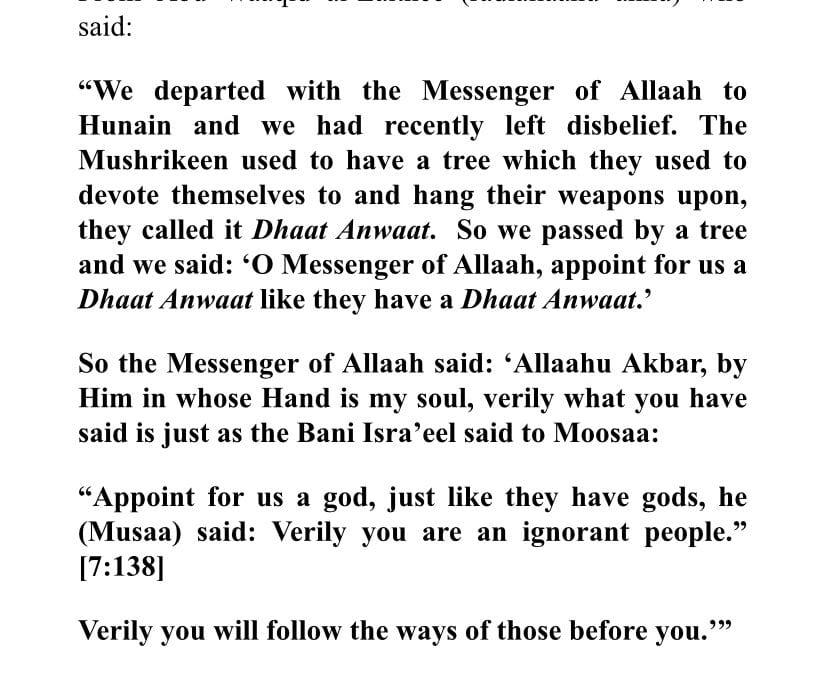 In the Shaykh’s Aqeedah class He said there’s a manhaj benefit we can extract from this hadeeth and it is that Ahlus Sunnah have a Qā’īdah:

Ahlus Sunnah unite upon the truth and do not merely gather numbers.

Tajmee’: is to gather numbers for the purpose of increasing numbers in your party and group.

Ijtimaa’ – is unity upon the truth; adhering and clinging to the truth.

This is a refutation against the likes of Ikhwan al-Muslimeen – those who have their “golden” principle or as Shaykh Uthaymeen (rahimahullah) called it, “Wooden principle”, saying “We unite upon that which we agree upon and excuse one another for what we disagree about”, gathering numbers is the goal for them.

How is this extracted from the hadeeth?

However, despite the need for numbers; the Prophet (sallallaahu alaihi wa salam) focused and gave concern to unity upon the truth and that which is pleasing to Allah.

We can see that Ahlul Bid’ah and people of desires clearly oppose this principle.

We ask Allah to reward the Shaykh for bringing this benefit and explaining to us.