Manners of Entry In Houses: [Knock Three Times, Mention Your Name When Asked “Who is It?” And Do Not Sneak In]

by The Salafi Centre of Manchester | Feb 17, 2020 | Morals and Manners - 'Akhlaaq', Pearls of Wisdom, Purification of The Soul, Worship - 'Ibaadah' 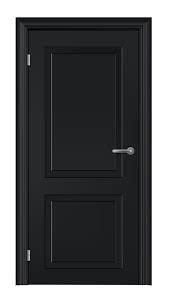 Abu Sa’eed al-Khudri reported: ‘’While I was in one the gatherings of the Ansar, Abu Musa came as if he was scared, and said, ‘I asked permission to enter upon ‘Umar three times and he did not give me permission, so I returned. (When Umar came to know about it) he said to Abu Musa, ‘’Why did you not enter?” Abu Musa said, ‘’I asked permission to enter three times and was not given permission, so I went back, for the Messenger of Allah (sallal-laahu-alayhi-wasallam) said, ‘’When one of you asks for permission to enter three times and is not given it, he should go back.” He (Umar) said, ‘’By Allah, you will bring witnesses for it.” (Abu Musa went to a gathering of the Ansaar) and said: ‘’Is there any of you who heard it from the Prophet, (sallal-laahu-alayhi-wasallam)?” Ubayy ibn Ka’b said, ‘’By Allah, only the youngest of the people will go with you.’’ I was the youngest of the people and I went with him and informed Umar that the Prophet (sallal-laahu-alayhi-wasallam) had said that. [Bukhaari 8/6245]

Imaam Abdul Azeez Bin Baaz [rahimahullaah] said: This [i.e. Umar asking for a witness] was for the purpose of verification because it is [related] to Ibaadaat [acts of worship]. [Ref 1]

Mention Your Name When Asked, “Who is It?”

Narrated Jabir Bin Abdillaah [radiyallaahu-anhuma]: I came to the Prophet [sallal-laahu-alayhi-wasallam] in order to consult him regarding my father’s debt. When I knocked at the door, he asked, “Who is that?” I replied, “I”. He said, “I, I?”. He repeated it as if he disliked it. [2]

Do Not Sneak In Houses

Shaikh Saaleh Al-Fawzaan [hafidhahullaah] said: One of the etiquettes of entry into a house, even your own house in which your family lives, is that you walk whilst making some noise in order to notify them of your presence or entry. You should not enter in secret or unnoticed because that is tantamount to behaving badly towards them. [Ref 3]