Daily Goal and Pursuit of The Sensible One

by The Salafi Centre of Manchester | Mar 3, 2020 | Morals and Manners - 'Akhlaaq', Purification of The Soul, Worship - 'Ibaadah' 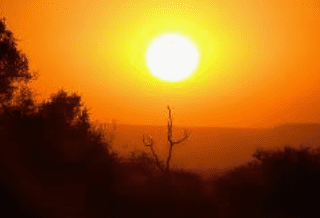 The sensible person is in a position to have the Baaqiyaat As-Saalihaat as provision [i.e. the good righteous deeds that last and are better in the sight of Allah for reward and better in respect of hope in the Hereafter] together with his share in the worldly life with ease- by seeking aid in going out in the morning and midday and something of the night time. This is the foundation upon which he places his worldly affairs and the means to [accomplishing them]. And even when such [affairs] come to him late at night, he would pray and seek aid from his Lord and asks for that which brings about goodness in his religious and Worldly affairs.

He begins his day with good – recitation of the Qur’aan and acts of worship- to which one devotes himself in the morning; performs the five daily prayers in their earliest times and that which Allah makes easy for him to perform of good deeds, such as [optional] prayer, recitation of the Qur’aan, remembrance of Allah, seeking knowledge and other than that. He engages his tongue in the Remembrance of Allah and in seeking forgiveness.

He pursues the means by way of which one seeks his livelihood such as trade, production of goods, farming and what is similar to them, whilst seeking the aid of his Lord in that. He suffices himself with the permissible means and turns away from that which Allaah has made unlawful. The intent behind this is to fulfil the individual obligations; to be (upon) self-sufficiency and having little or no need of the creation. If he does this or something closer to it, the result will be goodness and he will gain abundant reward [for the afterlife]. Also he does not forget his [lawful] share in the worldly life and it may be that Allah will bless him with contentment, which is true richness by way of which a good life is attained.