Let’s Restrain The Tongue, Abandon Excessive Intermingling And Weep Over Our Sins!

by The Salafi Centre of Manchester | Mar 6, 2020 | Morals and Manners - 'Akhlaaq', Pearls of Wisdom, Purification of The Soul, Worship - 'Ibaadah' 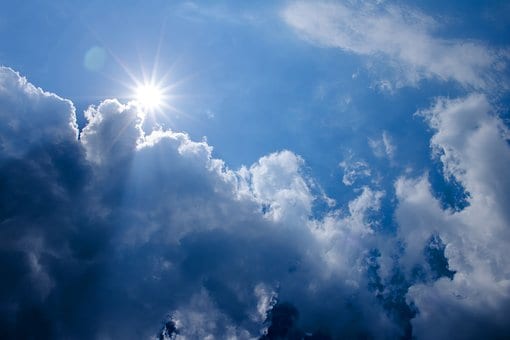 Ibn Abdil Barr [rahimahullaah] said: Utterance of good, such as remembrance of Allaah, recitation of the Qur’aan and righteous deeds is better than silence, and likewise truthful speech, bringing about reconciliation between the people and what is similar, rather praiseworthy silence is that one refrains from uttering falsehood. [Ref 2]

Ibn Aqeel [rahimahullaah] said: ‘’If the truthful ones were to keep quiet and the falsifiers speak, then the creation would have relinquished what they have witnessed [of truth] and reject what they have not witnessed.  So, when the devout ones desire to revive the Sunnah, the people would reject it and think that it is bidah’’. [Ref 3]

Ibnul Akwaa [rahimahullaah] came to Rabee Bin Khuthaym [rahimahullaah] and said, ‘’Refer me to one who is better than you; he [Rabee] said, ‘The one whose speech is a reminder for himself; his silence is [so that he can] think and his destination [in the aakhirah is a reason] for reflection.  He [i.e. this type of person] is better than me’’’. [Ref 4]

Fudayl Ibn Iyaad [rahimahullaah] said, ‘’Neither hajj nor taking up positions during battle, nor Jihaad is more difficult than restraining the tongue’’. [Ref 5]

Al-Hasan Bin Saaleh [rahimahullaah] said, ‘’I scrutinised Al-Wara -[i.e. the fear one should have in order to refrain from entering into doubtful matters and thus leads to harm in the afterlife] – thoroughly and did it find it more lacking in anything than the tongue”. [Ref 6]

“Restrain Your Tongue, Keep to Your House and Weep Over Your Sin- By Shaikh Albaani [rahimahullaah]

Uqbah Ibn Aamir [radiyallaahu-anhu] said, “I said, ‘O Messenger of Allaah! What is salvation[i.e. to be protected from Allaah’s punishment on the Day of Judgement]?’ He said, ‘Restrain your tongue, keep to your house and weep over your sin’”.

Restrain your tongue: Meaning, do not speak, except based on that which benefits you and that which concerns you, as the Prophet [sallal laahu alayhi wasallam] said, ‘’Whoever believes in Allaah and the Last Day, then let him say what is good or remain silent.”

Keep to your house: Some people may think that this necessitates keeping away from the people completely; rather this is an advice of the Prophet [sallal-laahu-alayhi wasallam] that one stays in his house when Fitan becomes rife, so a person realises that there is no benefit in intermingling with the people; rather it becomes obligated on him [or her] to save himself [or herself] by staying indoors. However, this is not permissible in every era and place, because Islaam is established based on the foundation [ قُمۡ فَأَنذِرۡ – Arise and warn [i.e. call to Tawheed and warn against shirk(Surah Al-Mud-dath-thir’ Aayah 2], and this necessitates that one intermingles with the people to give them dawah. And this why the Messenger [sallal laahu alayhi wasallam] said: ”The believer who mixes with people and patiently bears their harm is better than the one who does not mix with people and does not patiently bear their harm.’’ However, if intermingling with the people will result in harming the Aqeedah, manners and religion of the Muslim, then he [or she] should adhere to this noble advice of the Prophet [sallal laahu alayhi wasallam] that one “Stays in his [or her]  house”.

And weep over your sins: This is a constant obligation, whether Muslim lives in isolation  from the people [i.e. when the need arises] or intermingles with them. One should take himself [or herself] to account and contemplates on what he [ or she] did during day and night, so that he [or she] remembers his Lord and hopes that he [or she] will be included amongst those seven people [i.e. those who will be provided with shade on the day of judgement when there will be no shade], and amongst them is ‘’the one who remembers Allaah when he is alone, and his eyes fill up with tears.’’ [Al-Bukhaari, no. 620] [7]

Maalik Bin Deenaar [rahimahullaah] said, “The righteous people used to advise one another with three affairs: restraint of the tongue, seeking the forgiveness of Allaah and seclusion”. [Hilyatul Awliyaa 2/277]

Al-Khattaabee [rahimahullaah] stated that the intent behind this [i.e. seclusion] neither means that a person abandons the obligatory gatherings [i.e. Salawaat, the Jumu’ah prayer and other gatherings where one is required to appear etc], nor that one neglects the rights of the people [i.e. such as visiting people for the sake of Allaah, helping them, responding to invitation etc] and the good customary practices established amongst the people [Ref 8], nor does it mean that one refrains from replying to their greetings; rather seclusion necessitates abandoning excessive and increased intermingling for which there is no need. [Al-Uzlah. pages 12-13]

Ref 8: A Principle Regarding Customs of The People: Imaam Ash-Shaatibee [rahimahullaah] stated that Customs are many different types- some are sound and others are corrupt. The sound customs are those that neither oppose the Sharee’ah texts nor lead to losing an affair deem to be beneficial by the Sharee’ah, nor lead to an affair which the Sharee’ah deems to be corrupt. As for the corrupt customs, they are those that oppose the evidences in the Sharee’ah or some of the principles of the Sharee’ah, such as some of the customary dealings in usury, and those deeds deemed to be evil by the Sharee’ah which the people engage in during occasions of happiness (or rejoicing etc) [Al-Muwaafaqaat 2/283] NB: Whenever we are unsure whether a certain custom of our nation, tribe or clam is permissible or not, we should seek clarification from the people of knowledge.